This tent was a home-made 'mini' vigil travelling stall used by members of the Democracy for Scotland campaign.

Until 1999 there hadn't been a Scottish Parliament in Scotland since the Act of Union in 1707.

When was the tent used?

The tent was used from 1993 to September 1997, when the results of a national Devolution Referendum confirmed overwhelmingly that Scotland would again have its own parliament. 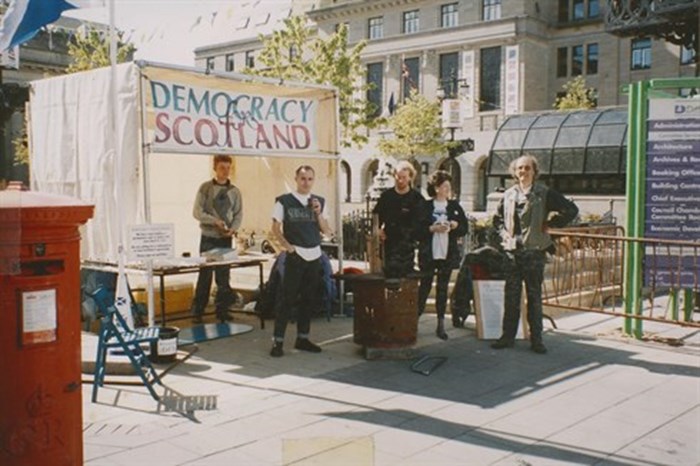 Above: The tent in use.

The Politics of Scotland formed a distinctive part of the wider politics of the United Kingdom.

Constitutionally, the United Kingdom is a unitary state with one sovereign parliament and government. However, under a system of devolution adopted in the late 1990s, three of the four countries of the United Kingdom, Scotland, Wales and Northern Ireland, voted for limited self-government, subject to the continuing sovereignty of the UK Parliament in Westminster.

The head of state in Scotland is the British monarch, currently Queen Elizabeth (since 1952). Under devolution, executive and legislative powers in certain areas have been constitutionally delegated to the Scottish Government and the Scottish Parliament, respectively.

The United Kingdom Parliament retains active power over Scotland's taxes, social security system, the military, international relations, broadcasting, and some other areas explicitly specified in the Scotland Act 1998 as reserved matters. The Scottish Parliament has legislative authority for all other areas relating to Scotland, and has limited power to vary income tax.

Both the English and Scottish Parliaments were dissolved by the Act of Union of 1707 to become one kingdom, with the same monarchy and succession, a single parliament of Great Britain. The pre-1707 Scottish Parliament was a single-chamber assembly consisting of three distinct representative groups known as the ‘three estates’. However, on the eve of the Union the representatives were drawn from the nobility, the barons and the burgesses of Scotland's towns.

Suggestions for a 'devolved' Parliament were made before 1914, but were shelved due to the outbreak of the First World War. A sharp rise in nationalism in Scotland during the late 1960s fuelled demands for some form of home rule or complete independence. A referendum was held in Scotland in 1979 for a devolved Scottish Assembly but it was unsuccessful.

Throughout the 1980s and 1990s, demand for a Scottish Parliament grew. In the aftermath of the 1979 referendum defeat, the Campaign for a Scottish Assembly was initiated as a pressure group, leading to the 1989 Scottish Constitutional Convention with various organisations, political parties and representatives of industry taking part. Publishing its blueprint for devolution in 1995, the Convention provided much of the basis for the structure of the Parliament. 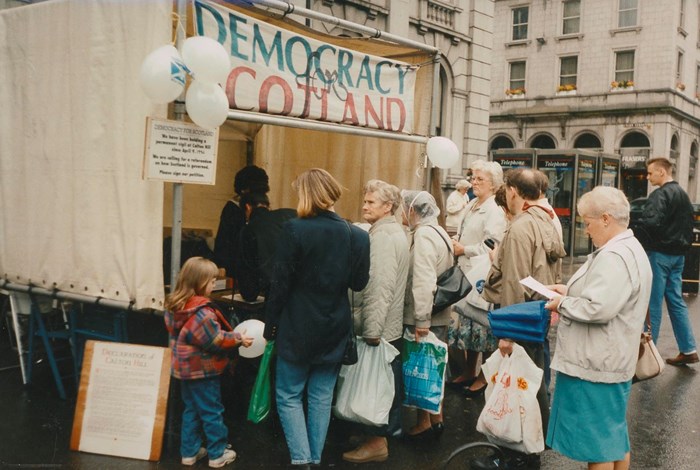 Above: A crowd gathers around the tent.

Devolution became part of the platform of the Labour Party which, in May 1997, took power under Tony Blair. In September 1997, a referendum of the Scottish electorate secured a majority in favour of the establishment of a new devolved Scottish Parliament, with tax-varying powers, in Edinburgh. 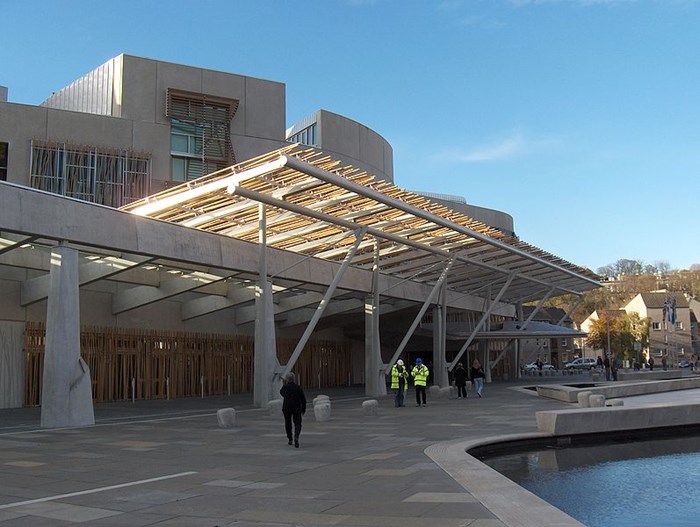 Above: The new Scottish Parliament building.

An election was held on 6 May 1999, and on 1 July of that year power was transferred from Westminster to the new Parliament. Since September 2004, the official home of the Scottish Parliament has been a new Scottish Parliament Building, in the Holyrood area of Edinburgh.