The humble ploughman-poet Robert Burns is one of Scotland's most enduring literary figures. His poems – Auld Lang Syne, Tam o' Shanter, Scots Wha Hae, and many more – put the Scots Language in the minds and hearts of people all around the world. Explore the story of the man known simply as 'The Bard'.

Rabbie Burns, The Bard, Bard of Ayrshire, the Ploughman Poet 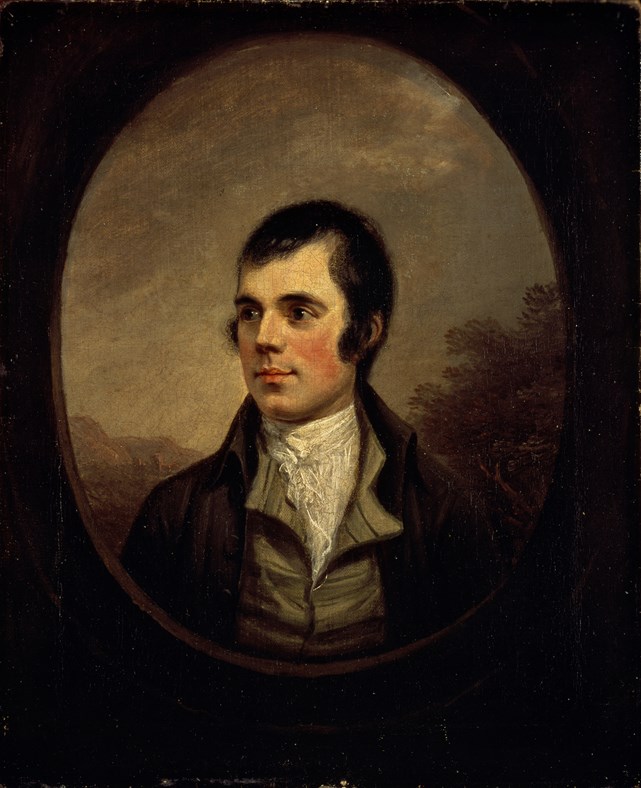 Robert Burns (25 January 1759 – 21 July 1796) is acknowledged around the world as a poet and songwriter of extraordinary impact.

Burns was born into a farming family in Alloway, near Ayr, and was introduced to popular Scottish tales and ballads in childhood. A tenant farmer, often struggling, he still found time to write and in 1786 he published his first collection of poetry, Poems, Chiefly in the Scottish dialect, which became known as the 'Kilmarnock edition'. This included one of his most famous poems, 'To a mouse'.

The book was immediately successful, and Burns set off for Edinburgh, where he found himself lionised by society. 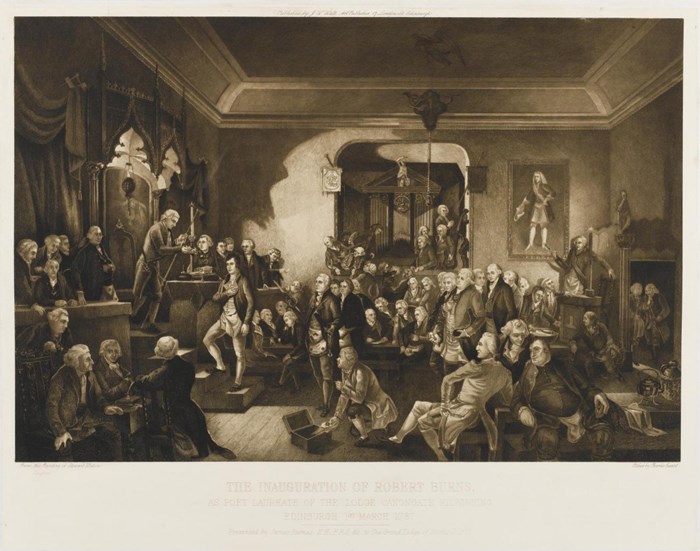 Above: Engraving, mounted on card, entitled 'The inauguration of Robert Burns as Poet Laureate of the Lodge Canongate Kilwinning Edinburgh 1787', by Charles Ewart from the painting by Stewart Watson.

In 1787 he met James Johnson, who shared his passion for traditional music. Burns became the driving force behind Johnsons' Scots Musical Museum (1787-1803), a six-volume collection of Scottish music and verse to which Burns contributed around 200 songs. 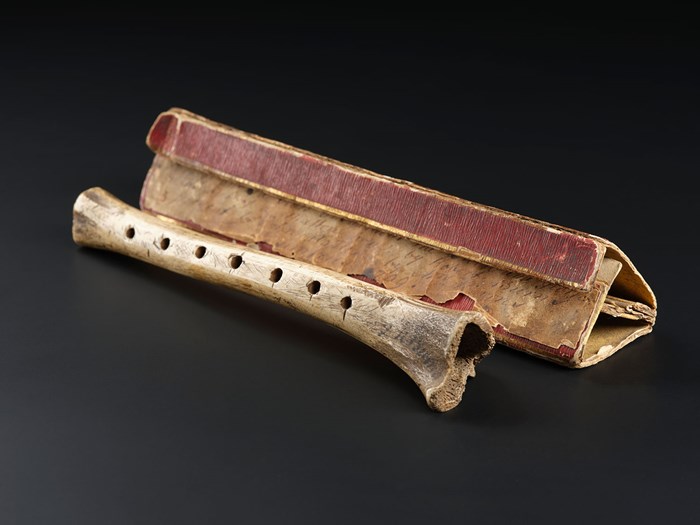 Above: Burns had a profound interest in traditional Scottish folk music. He purchased this chanter made from sheep's bone in the Braes of Atholl in Perthshire. He had been searching for a chanter like this for many years and wrote to a friend that it ‘is exactly as shepherds were wont to use in the country’.

The following year he returned to Dumfries where he took a lease on a farm. The labour took a toll on Burns' body and scarcely provided him a living, so he sought work as an exciseman - a much resented role - and acquired a set of pistols for defence.

Burns died in Dumfries at the age of just 37. But although he never left Scotland in his short lifetime, his influence is still felt around the world. His poetry has been translated into over 25 languages and his unique voice, combining lyricism, cynicism, satire, comedy and political comment, has had a lasting, if sometimes sentimentalised, appeal. Statues and monuments dedicated to him can be found in America, Canada, New Zealand, Australia and France, as well, of course, in Scotland.

Personal relics of the poet started to be scattered after his death: Burns’s wife, Jean Armour, was generous to visitors. Burns clubs and Burns suppers soon followed. The first major commemoration was held in 1844. The 85th anniversary of Burns’s birth, timed so that his three sons could be present. There were other large events in 1859, 1896 and 1909. The 1844 procession and dinner centred on Alloway, but in the other years there were celebrations all over the country. 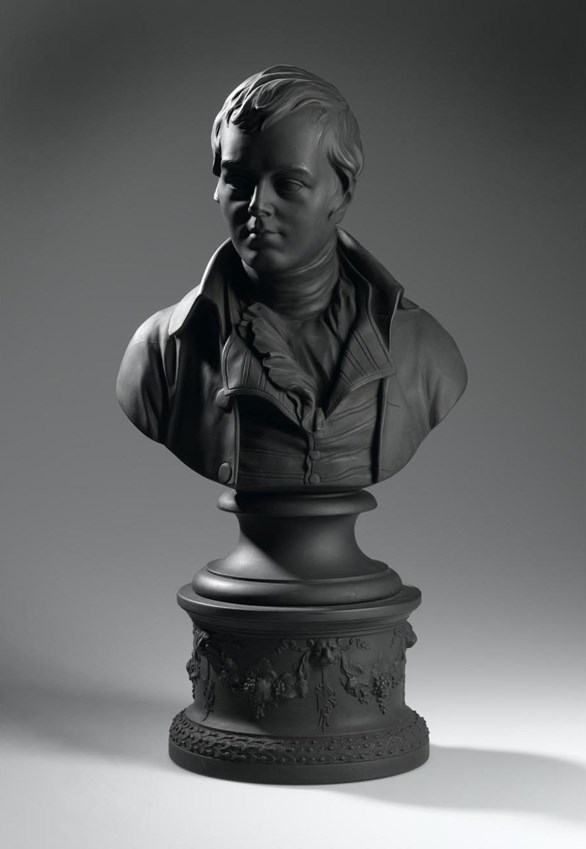 On the date of his birth, 25 January, Scots and Burns fans around the globe celebrate his legacy on Burns Night, with poetry readings, a haggis dinner and toasts to his memory.