Seaman, nobleman, warrior, engineer, radical, convict, hero: the impact of Thomas, Lord Cochrane, was felt across the world, and his life inspired some of the great stories of adventure fiction. This sea chest was presented to him by the people of Chile, whose independence he helped to secure. It reflects his reputation as a brilliant naval commander who fought for the freedom of new nations.

Jack Aubrey, the swashbuckling hero of Patrick O’Brian’s Master and Commander, is partly based on Cochrane. Aubrey was played by Russell Crowe in the 2003 film adaptation. 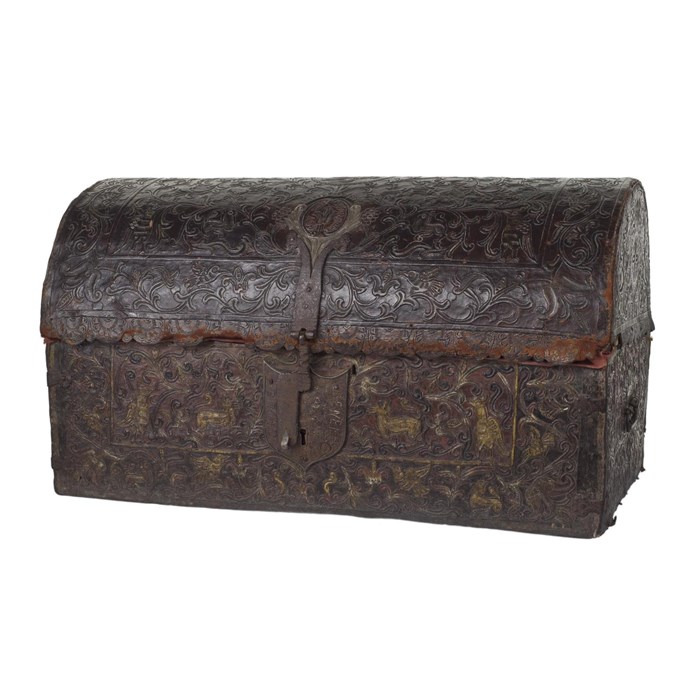 Above: Sea chest presented to Lord Cochrane by the people of Chile. 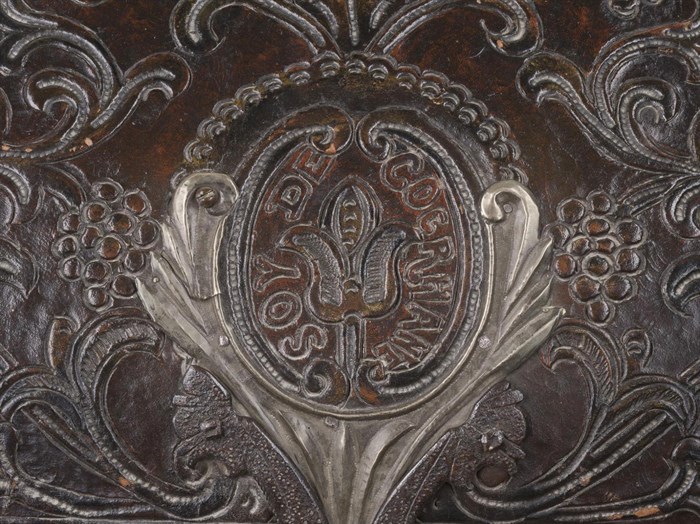 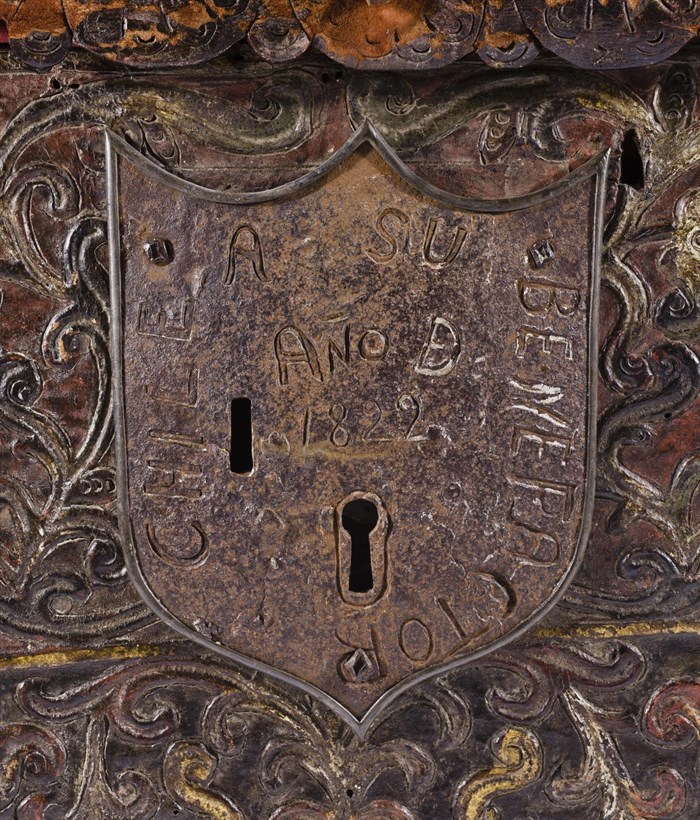 Above: Inscriptions on the sea chest presented to Cochrane by the people of Chile, 1822. The inscriptions translate from Spanish as ‘I belong to Cochrane’ (top) and ‘From Chile to its benefactor’ (bottom).

Who was Thomas, Lord Cochrane?

Thomas Cochrane was the eldest son of the 9th Earl of Dundonald. He was born in Lanarkshire and spent much of his childhood in the family home at Culross, Fife on the shores of the Firth of Forth. Although he was the son of an Earl, his family were not rich. His father lost money investing in unsuccessful industrial inventions. Cochrane had to earn a living and in 1793 he went to sea, aged 17. His uncle was a naval officer, and used his influence to give his young nephew his first position. 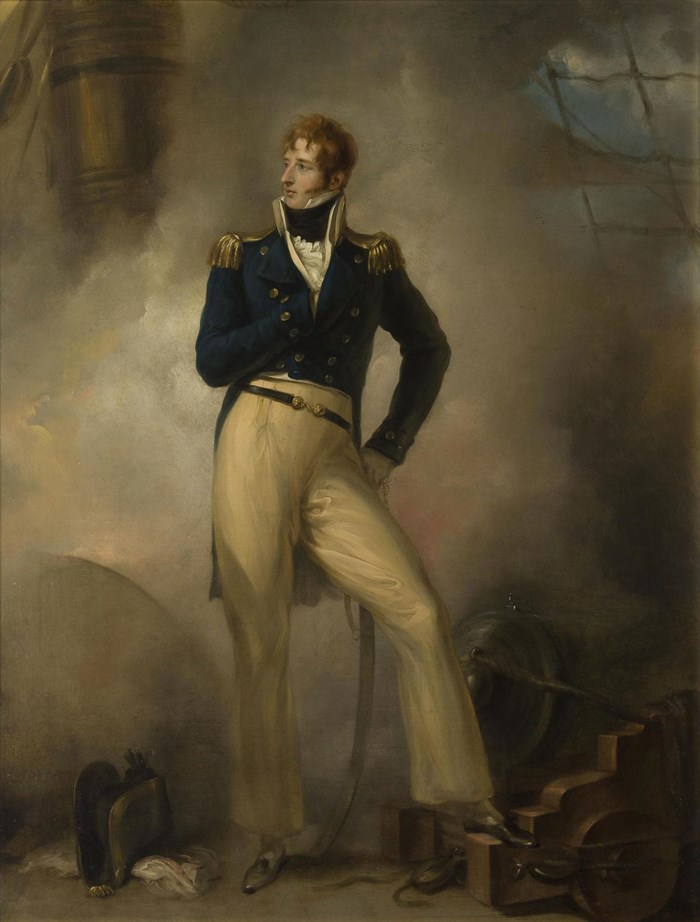 Cochrane’s ability as a seaman helped him rise quickly from the lowly position of midshipman to the command of his own ship and crew. He made his name as the Commander of HMS Speedy, a small warship called a brig sloop. On service in the western Mediterranean in 1801, he launched a risky attack on a much larger Spanish ship, the frigate El Gamo. After flying American colours to deceive the Spanish, he brought the Speedy close enough to El Gamo to sail under the reach of her guns, fire up across her deck, then board her. Through good seamanship, daring and extreme aggression the tiny Speedy took the powerful Gamo by surprise.

By 1807 he was also a politician. It was not unusual for naval and military officers to be MPs. Cochrane’s radical political views, however, were less conventional.

In 1809 Cochrane was chosen to conduct a fire-ship attack on a French fleet anchored in the Basque Roads in the Bay of Biscay. ‘Fire-ships’ packed with flammable material and gunpowder were ignited as they neared the enemy fleet. Cochrane also added his own touch: ‘explosion ships’ packed with thousands of shells and grenades.

Although the French fleet did not catch fire, Cochrane’s attack caused panic. French warships ran themselves aground in shallow water. Cochrane signalled for a follow-up attack on the helpless ships, but the main British fleet under Admiral Lord Gambier was slow to take action.

Cochrane was celebrated as the hero of the Basque Roads victory. But he was frustrated over what he saw as a missed opportunity to destroy the French fleet completely. His public criticism of Admiral Gambier’s caution caused a controversy that ended in a court martial. 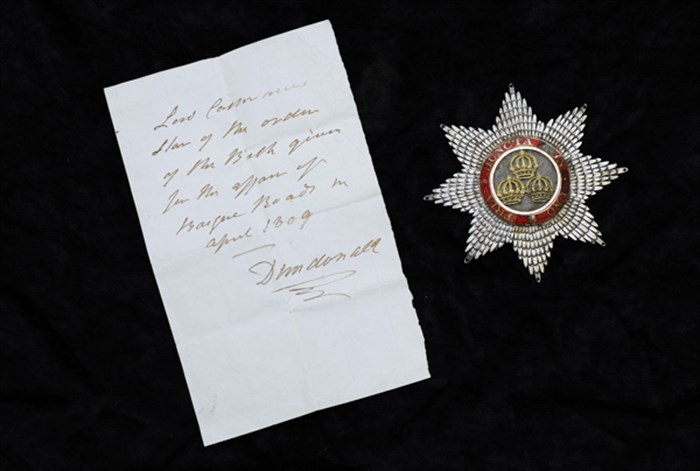 Above: Cochrane’s daring fire-ship attack was celebrated as a brilliant victory and Cochrane received a knighthood in recognition, a rare honour for a naval officer who was only a captain. He wore this Star of a Knight Companion of the Order of the Bath on his coat. The note describing the star is in Cochrane’s own handwriting, marking it as one of his most treasured possessions.

In his mid-thirties Cochrane fell in love with Katherine Barnes, a teenage orphan he met through a cousin in London. His family disapproved and in 1812 the couple eloped to Scotland and married secretly. Although legally married under Scottish law, to remove doubts they later married twice more, once in England in 1818 and once in Scotland. Cochrane remarked:

“I had already married Lady Dundonald twice and was so well satisfied with my choice of wife that I had no objection to marry her twenty times.”

In 1814 Cochrane was accused of fraud on the London Stock Exchange. The fraud began when false news of the death of Napoleon was spread through London, sending the value of government stock soaring at the prospect of peace with France. Cochrane was one of a group of investors who sold at high prices before the hoax was exposed. Cochrane faced a complex criminal trial, and after a bitter legal battle was eventually convicted.

He was jailed for a year, fined and dismissed from the Royal Navy in disgrace. The knighthood he had won at the Basque Roads was stripped from him.

This before-and-after image splits Cochrane down the middle. On the left is the British hero, on the right the disgraced convict. The symbols of his broken reputation lie around him. 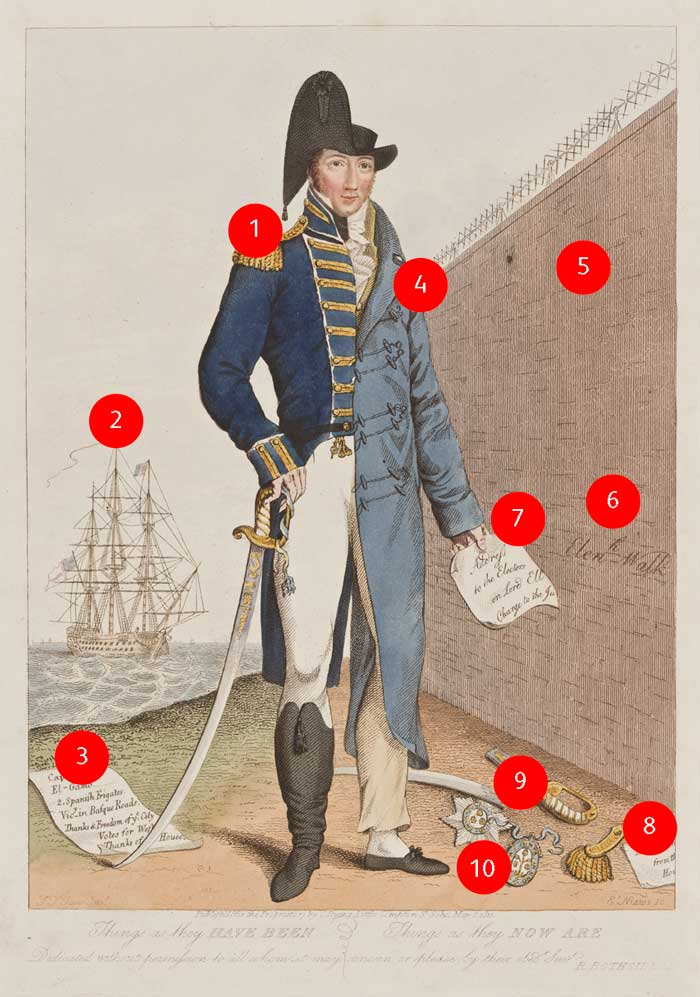 5. The wall of the King’s Bench prison in London, where he spent a year.

6. ‘Ellenborough Walk’ – a reference to the trial judge.

7. Cochrane’s attack on the conduct of the trial by Lord Ellenborough.

8. The vote expelling Cochrane from Parliament.

9. Cochrane’s broken sword and an epaulette torn from his uniform, symbolising his loss of honour.

10. The insignia of his lost knighthood, thrown to the ground.

Cochrane spent the rest of his life striving to clear his name of a crime he always denied.

After his release from prison Cochrane received a new lease of life. His reputation as a brilliant naval commander meant his skills were still in demand. Disgraced in his own country, he became a hero for new nations fighting for their independence on the far side of the world.

The South American empires of Spain and Portugal were collapsing. Cochrane was hired to lead the Navy of the new Republic of Chile, still threatened by Spanish naval power in the Pacific. His aggressive leadership helped to secure Chile’s independent future. When his relationship with the Chilean government became strained, he transferred to the service of Brazil. With further stunning success he forced the Portuguese fleet out of Brazilian waters. 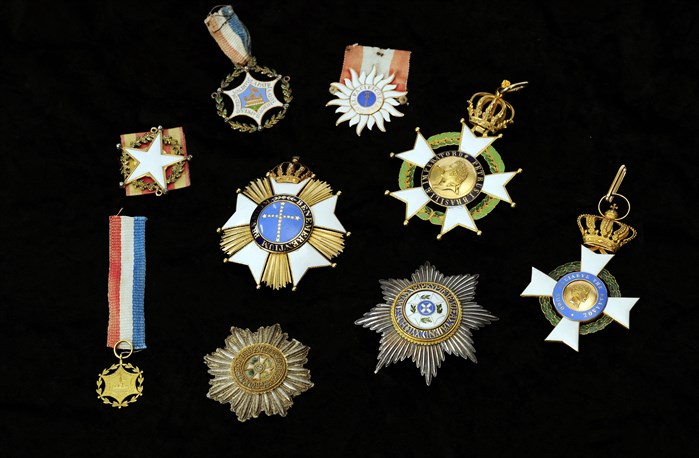 Above: Lord Cochrane's decorations From Chile, Brazil And Greece.