This beautiful carved stone ball was found in Aberdeenshire. People have long wondered about what it was and how it was used, but it had clearly been a precious possession and a symbol of power.

More than 430 examples of objects similar to the Towie ball are known. 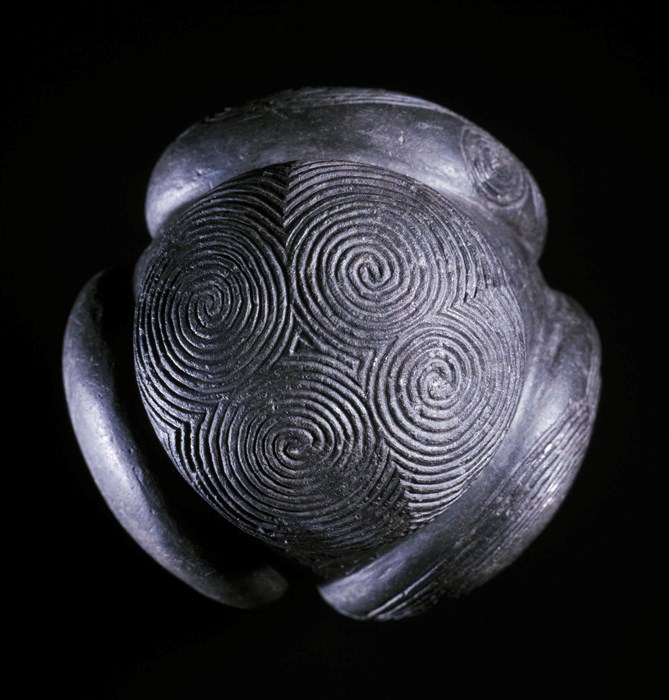 This beautiful Neolithic carved stone ball dates back over 5000 years. Made of a black, fine-grained stone, it has an average diameter of 73mm and weighs just over 500g. It has four discs or knobs, of which three are intricately carved and the fourth is blank.

More than 430 examples of similar objects are known, with the overwhelming majority being found in Aberdeenshire, where the Towie ball was found. The Towie ball is, however, the finest example. 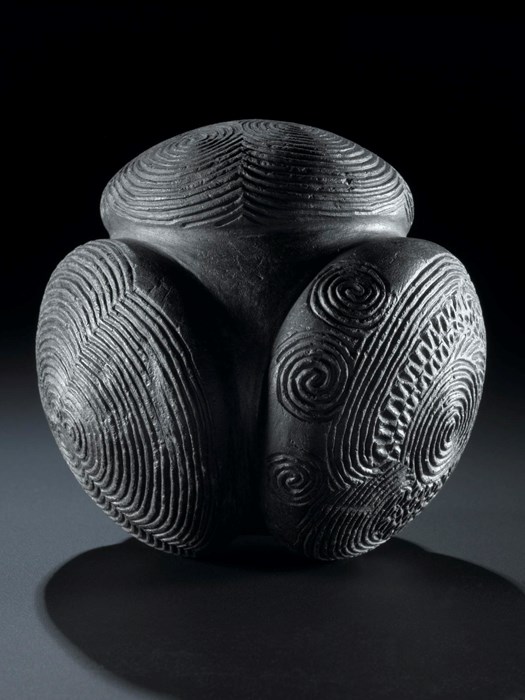 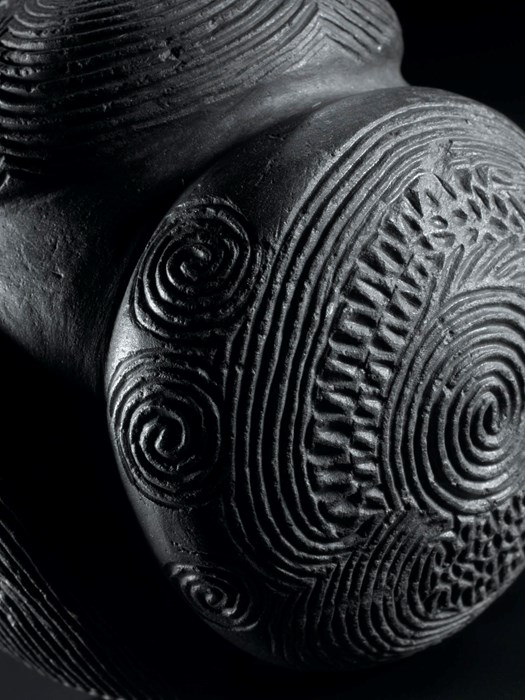 You can explore the Towie ball in close detail using the 3D model below.

How was the ball discovered?

The ball was discovered when a drain was cut several feet underground on the slopes of Glaschul Hill, Towie, in or before 1860, and was acquired in 1860 by the then-named National Museum of Antiquities of Scotland, from James Kesson, the farmer at Drumellachay, via the local minister Rev. John Christie of Kildrummy.

What was the ball used for?

The ball would have been the possession of a well-off Neolithic farmer. It could well have been a fancy weapon, capable of dealing a painful blow to the head if thrown from a sling. But it was first and foremost a symbol of power – an elite weapon of social exclusion! – adorned with sacred symbols that resemble those carved into the stones of a faraway passage tomb at Newgrange in the Boyne Valley of eastern Ireland. 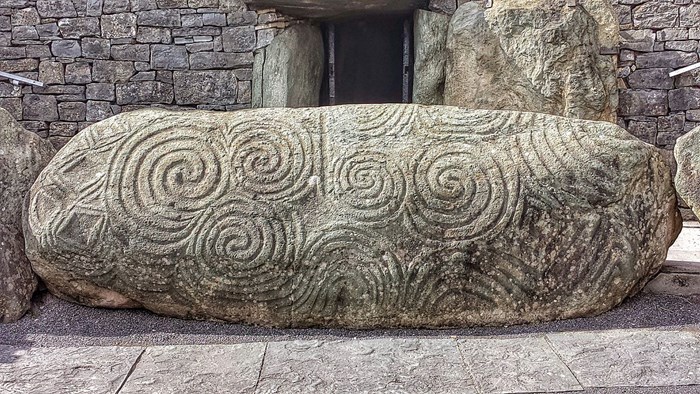 Above: Carvings at Newgrange. Image by Jal74 via WikiMedia CC BY-SA 4.0.

Carved stone balls are one of a range of special carved stone objects in use in parts of Scotland around 3000–2600 BC. 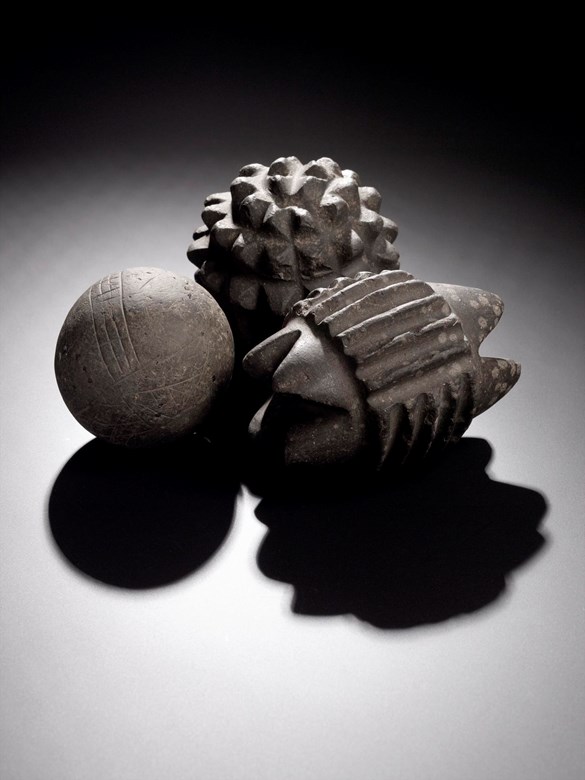 Above: These carved stone balls were found in the Neolithic settlement of Skara Brae on Orkney, and date from 2900 - 2600 BC.

The religious beliefs of farming communities in Scotland around 3000 BC involved marking special times of the year, especially midwinter solstice, the shortest day of the year. The passage tomb at Maes Howe in Orkney was built so that the setting sun on midwinter solstice would travel along the long passage and enter the chamber, reinvigorating the spirit of the illustrious ancestors buried within.

Symbols based on circles, spirals and straight lines played a part in these early beliefs. Designs on stones from tombs, monuments and houses probably had a special meaning. Such designs were also used on pottery and other items, including the Towie ball and other similar stone objects.

You can explore carved balls from our collection in 3D here: