You are here Home > Press archive > 2015 Archive: I Love Museums
Wednesday 10 June sees the launch of I Love Museums, a new campaign to demonstrate the depth of support for UK museums.

Wednesday 10 June sees the launch of I Love Museums, a new campaign led by the National Museum Directors’ Council (NMDC) to demonstrate the depth of support for UK museums by empowering the public to share why museums are important to them.

Museums and galleries are more popular than ever – last year there were 66.8 million visits to the national and major regional museums in NMDC’s membership alone [1], and over half of adults and two thirds of children visited a museum [2]. Museums play a vital role in the lives of individuals, families and communities across the UK, and make a key contribution to our society and economy. But our museums are facing challenging times, with local and national governments making tough decisions about funding. I Love Museums will show funders and policymakers how much museums matter by celebrating the UK public’s support for our wonderful cultural institutions.

I Love Museums provides museums with the tools and resources to turn their audiences into active advocates, as well as adding their support to the nationwide campaign for national and local government support and funding for museums. The campaign is led by the NMDC with support from Arts Council England, the Art Fund, Association of Independent Museums, Culture24, the Museums Association and the University Museums Group.

Diane Lees, Chair of the NMDC and Director-General of Imperial War Museums, said:

“We know that museums are incredibly popular, as ever-increasing visitor numbers attest, and the public are our most powerful advocates. I Love Museums will enable us to measure and demonstrate the depth of that public support and show politicians and policymakers how much the UK public values our world-class museums.”

More information about the campaign, including a toolkit for museums with details of how to get involved, can be found on the website: www.ilovemuseums.com

About the National Museum Directors' Council 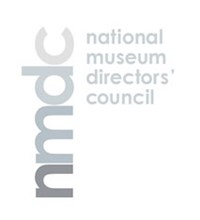