The painting shows two monkeys balancing on a branch of a pine tree. While the mother stares into the distance in a watchful mode, the infant, attentive to his mother, hangs playfully from a branch. Over the branches, the silhouette of the rising sun, alluding to the New Year, can be observed.

Ink and colour on silk

Signed and sealed by artist

Sosen was renowned for his paintings of monkeys. He even changed his name to include the character for ‘monkey’! 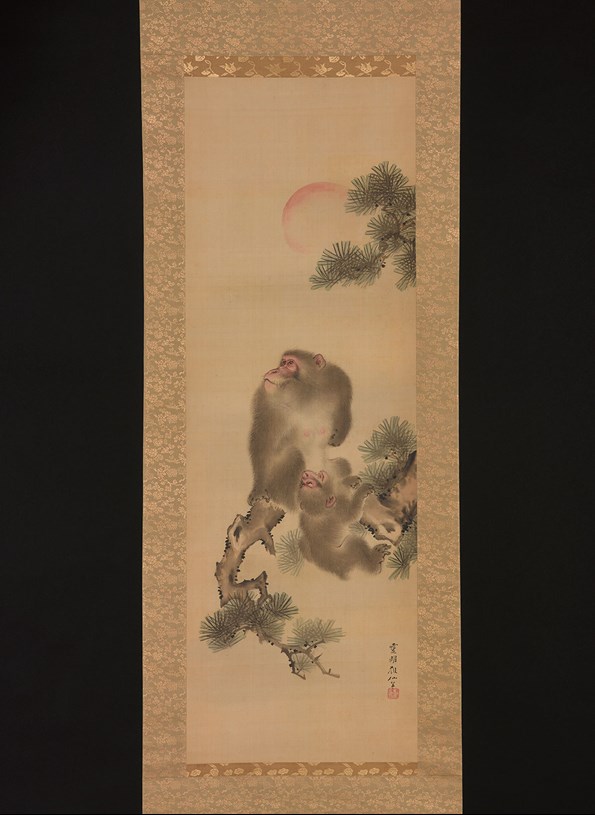 Who was Mori Sosen?

Mori Sosen (1747-1821) worked and lived in Kyoto, Japan. There, his work was largely influenced by the trend for naturalistic painting in the late 18th century, led by the painter Maruyama Ōkyo (1733–95). Although he also painted landscapes, Sosen gained fame for his depictions of simians.

The interaction between the two animals is subtle yet emotive and imparts tenderness to the whole scene. Sosen, was renowned for his sensitive portrayal of simians. It is believed that he observed monkeys in their natural habitat, hence his ability to subtly capture the animals' characteristic attitudes and movements. The elements of the scene are set against a pale ink wash background. 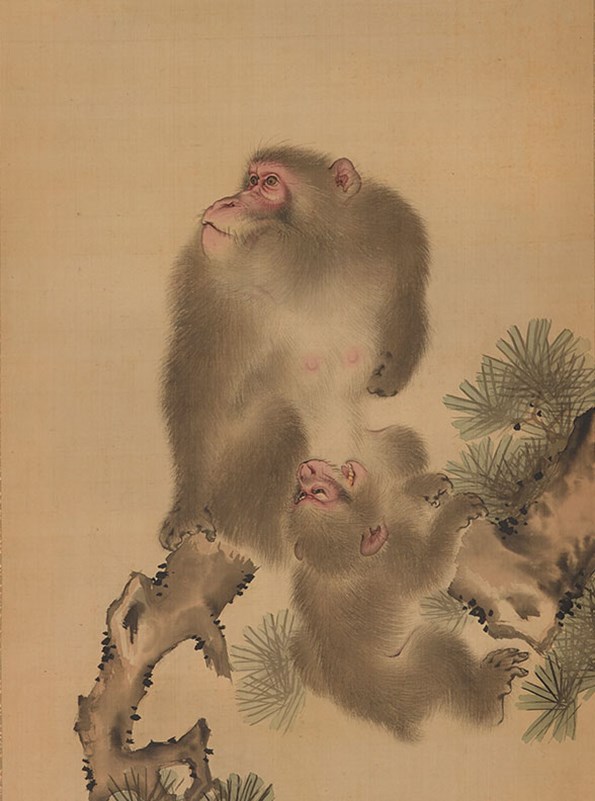 Above: Detail of the two monkeys in the pine tree.

The realistic and accurate depiction of the animals' soft fur shows Sosen's outstanding technical skill. His meticulous and fine brushwork gives a high degree of accuracy and detail to the primates' physical appearance, permitting their identification as Japanese macaques. 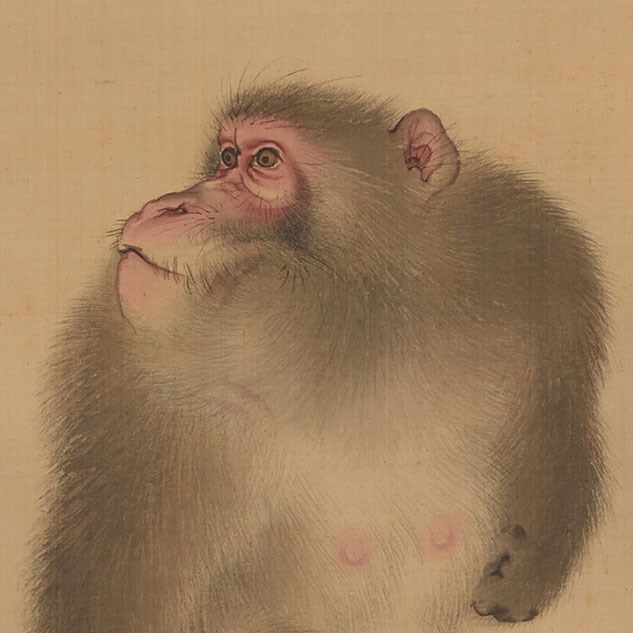 Above: Detail of monkey in hanging scroll. 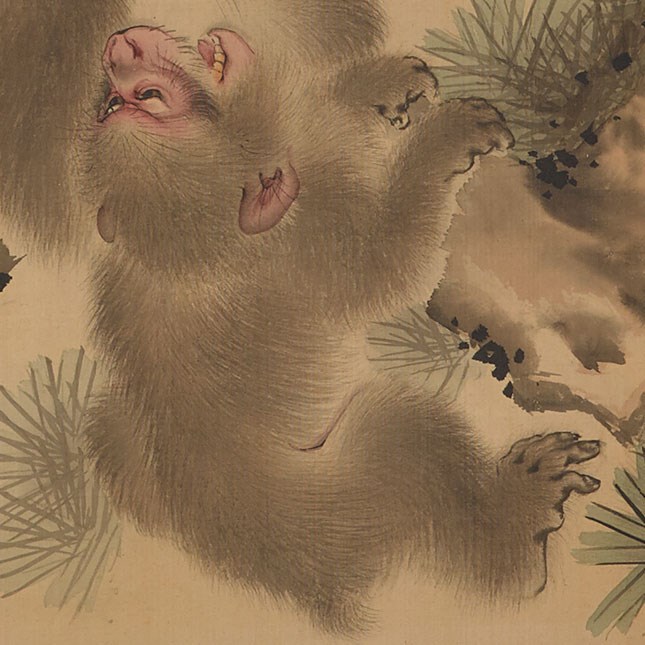 Above: Detail of infant monkey in hanging scroll.

The painting is mounted in typical East Asian method, as a hanging scroll, with a beautifully ornate border of brown and gold brocade bearing a pattern of pomegranate fruits among foliage. 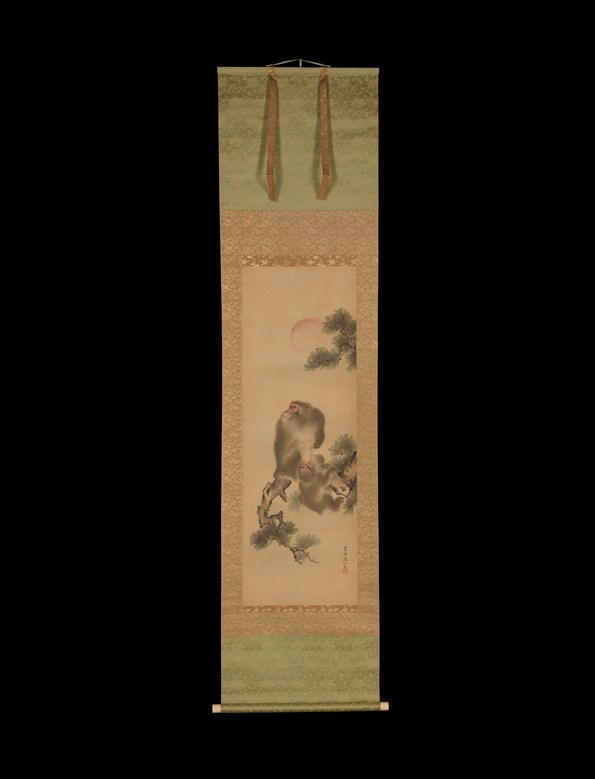 The painting is signed ‘Reimyo Sosen hitsu’ [From the brush of Reimyo Sosen] and is sealed ‘Sosen’. 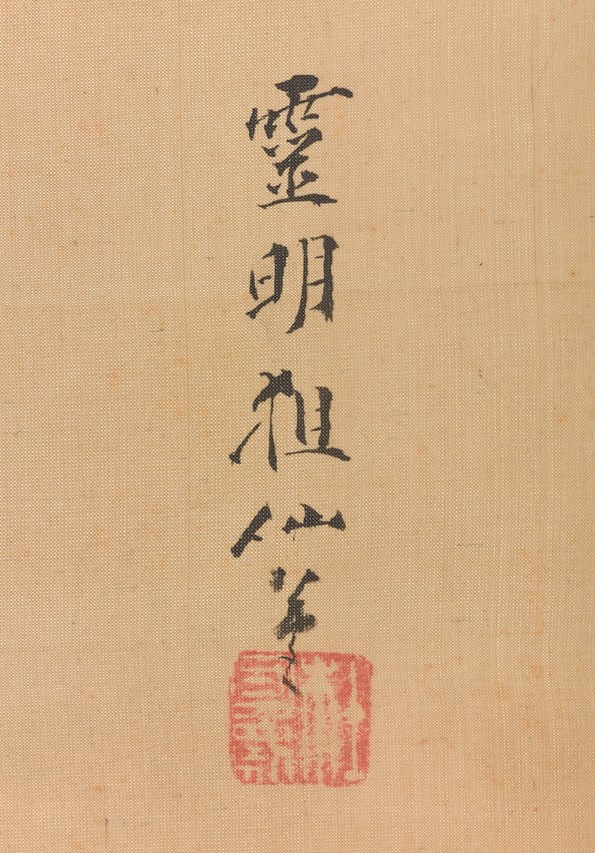 Above: Close-up of signature by the artist.

In Japanese visual culture, seasonal references are used to show appreciation for the natural world and its cycles. It is also a way to express awareness of the inevitability of change.

Seasonal themes can be observed in Sosen’s paintings of monkeys. He depicted the animals in different environments to evoke the various times of the year.

Hanging scrolls would have been changed regularly according to the season or for special occasions. 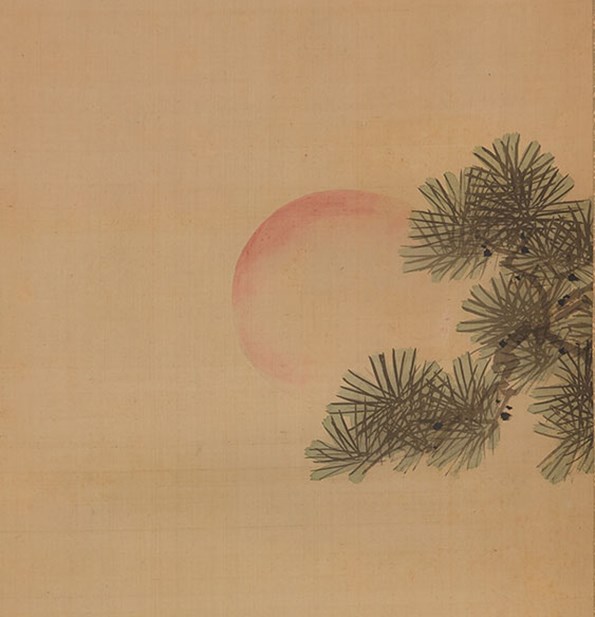 Above: Detail of the rising sun in hanging scroll painting of monkey and infant on a pine tree.

National Museums Scotland has several other paintings of the so-called Maruyama-Shijō school of naturalistic painting. These are primarily within the genre of landscape, and so this work is the first animal representation. 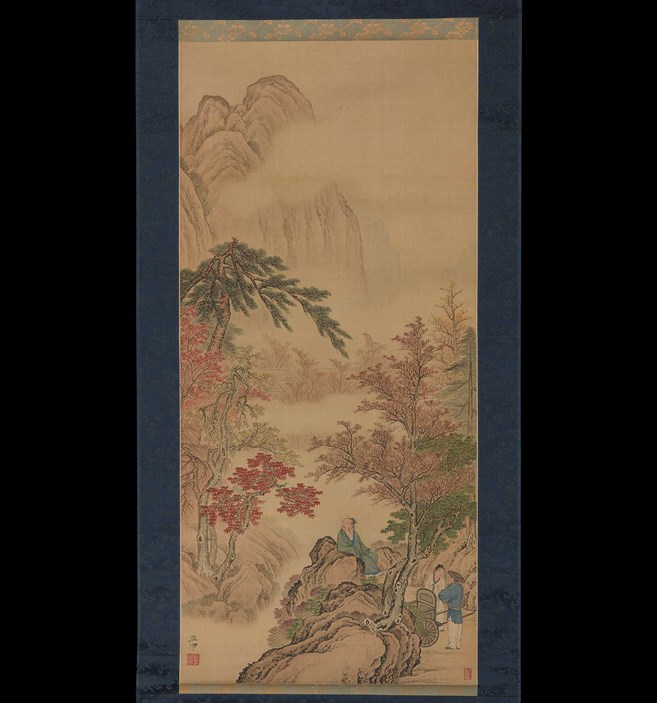