The Brent field was one of the most lucrative oil and gas discoveries in the North Sea. The oil was considered the crème de la crème, the equivalent of the perfect malt and distiller’s dream, Brent Blend. Its gas reserves too were legendary; in the early years flared off but later captured and piped for use onshore.

Thousands of people have worked on the four Brent platforms over the field’s forty year production. Whilst on board the Murchison platform I could see the Brents eighteen miles due south: Delta, Charlie, Bravo and Alpha. 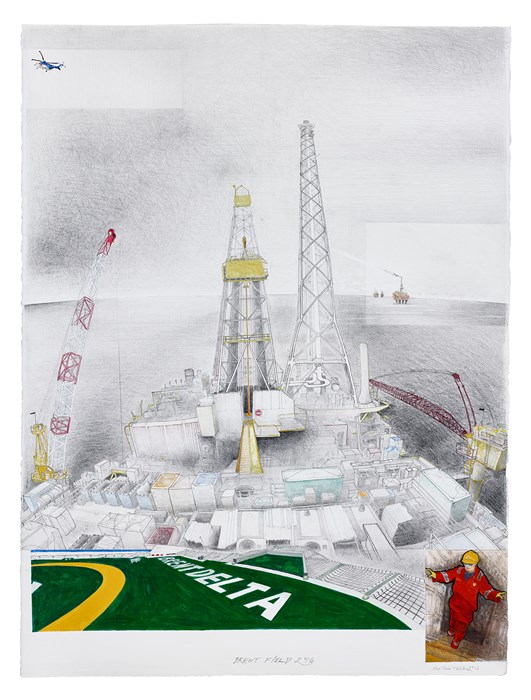 “
I checked in at 5.35 am at CHC Scotia Heliport, Dyce, got through security and was escorted down into the suiting-up room. This was the Monday morning direct flight out to the Brents, not the worker’s favourite; weather-dependent, confined and strapped into one’s seat for over two hours.
- Sue Jane Taylor, Brent diary, June 2015 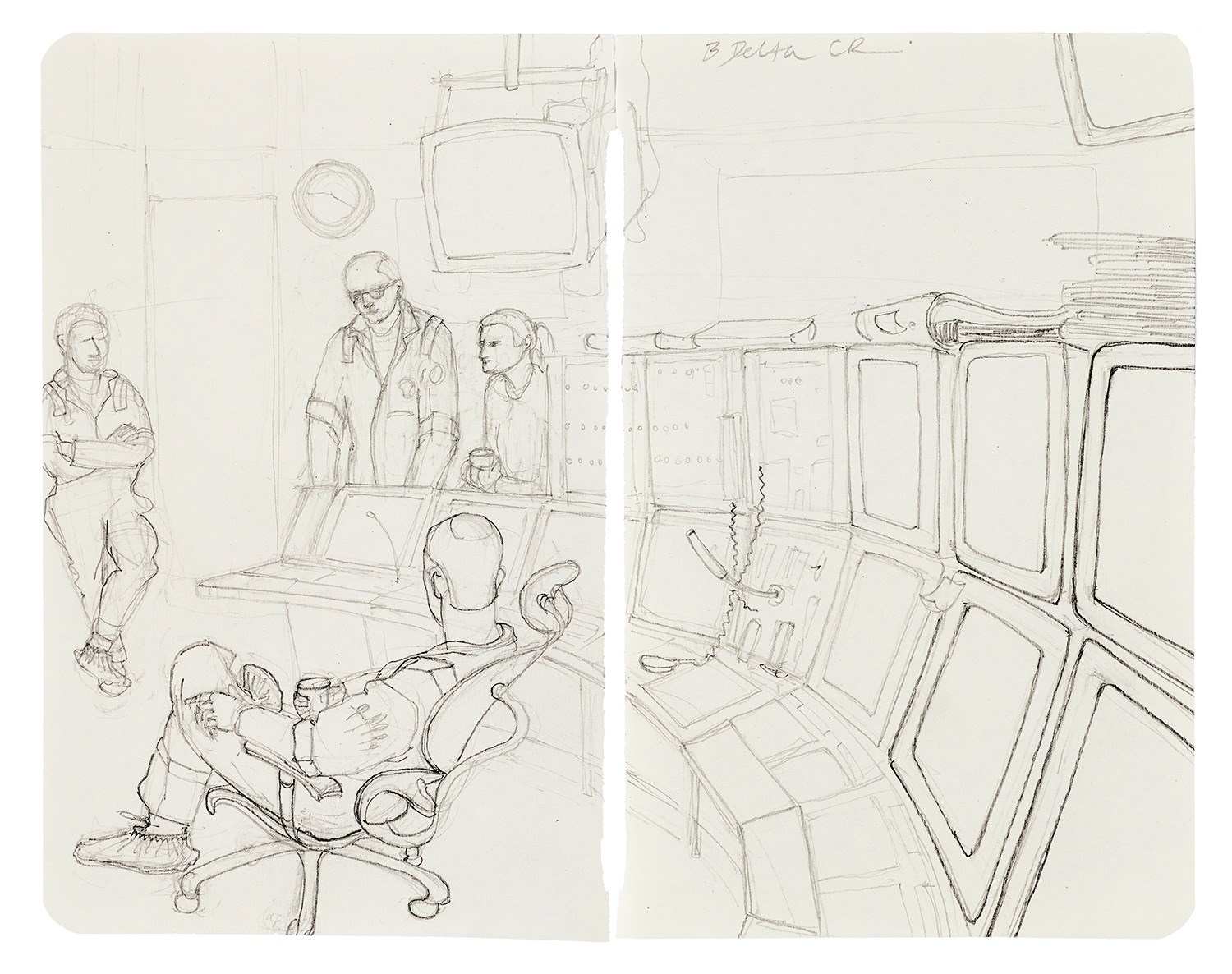 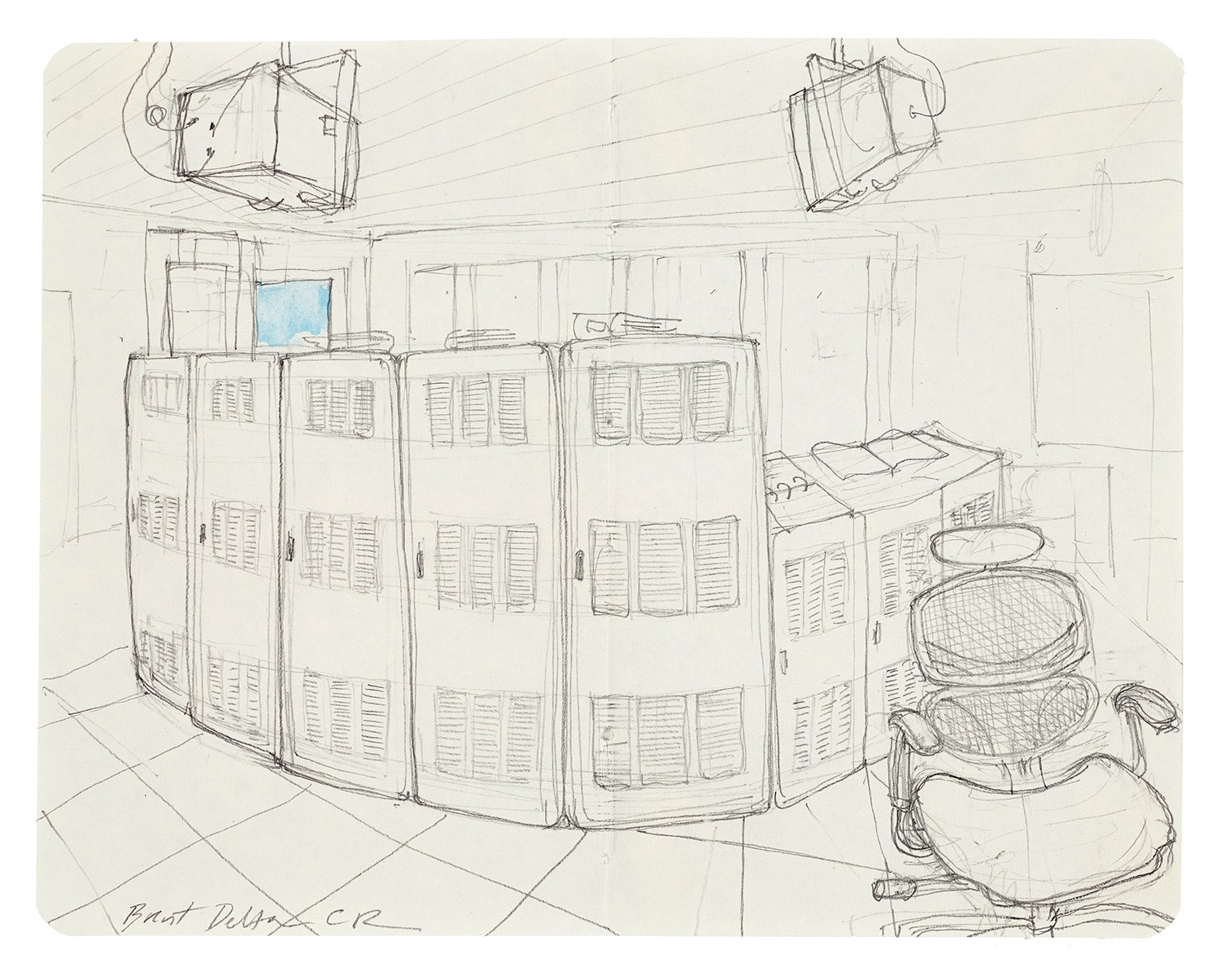 It was a beautifully clear day as we entered the northern North Sea’s zone of offshore cities. At last we landed on Delta. Unlike Murchison, the walkway down to heli-admin was mostly exterior stairways and it was a comfort to arrive in the warm lounge where I was welcomed by George Stewart, the offshore installation manager.

Looking south I had a clear view of Brent’s three other platforms: Charlie’s gas flare still alight and burning; Brent field’s last lonely flag flying at half-mast. It must have been an extraordinary sight during the field’s height of production with all four platforms’ flares and a separate external flare tower going full-bore.

“
Always on the lookout for personal human touches, I was taken by one of their inventions: a beautifully made teacup-carrying device made out of brass pipe-ring fittings, fanned out in the
- Sue Jane Taylor, Brent diary, June 2016

All words within these pages are from the artist © Sue Jane Taylor.