As well as caring for our historic objects, our curators actively search out ways to represent the contemporary world in our collections, for today’s visitors and those of future generations. They are also involved in an incredible array of research projects with colleagues from universities and other institutions. The theme of ‘water’ allows us to shed some light on these areas of the museum’s work.

In 2019, one of our newly acquired animal specimens made rather unusual headlines. Discovered by a team of scientists while surveying the West Shetland Shelf Marine Protected Area, just off the Scottish coast, this marine worm became famous for having eyes in its bottom as well as its head! Our media release tells the official story of Ampharete oculicirrata (to give it its scientific name), but if you type its name into search engines, you can find some of the more amusing ways the tale was told around the world. 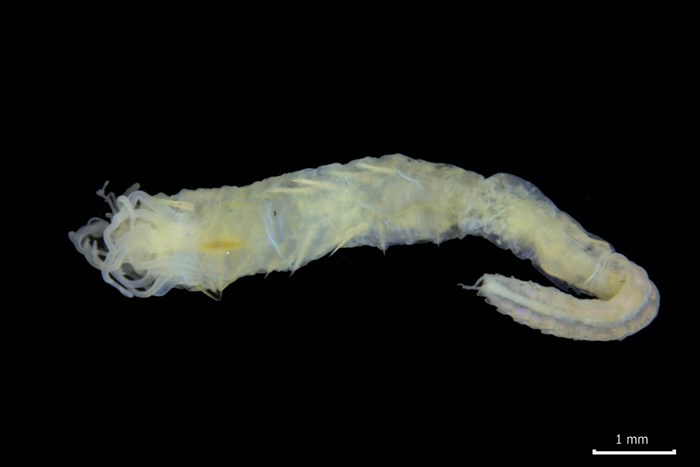 Images of the worm and other photos © National Museums Scotland

Some of the marine research the museum is involved with has a more serious story to tell. Lulu the killer whale died in 2016, stranded on the shore off the west coast of Scotland. A post-mortem exam by the Scottish Marine Animal Stranding Scheme showed that she died because she became tangled up in fishing ropes, and further investigation revealed that she was one of the most contaminated marine mammals ever to have been recorded, with extremely high levels of toxic chemicals in her body tissues.

John Coe, Moneypenny and Lulu in 2014; one of the last times that Lulu was seen alive. Image courtesy of the HWDT

Lulu’s skeleton is now part of our marine mammal collection, available for future research projects, along with many other whales – you may well have seen the skull of Moby the sperm whale on display in our Grand Gallery.

Behind the scenes at the museum, our Natural Sciences and Science and Technology collections are looked after by separate teams of curators and researchers. But sometimes, there are interesting crossovers between the two fields of research.

New technology can help experts to unlock the secrets of ancient animal specimens, like this 335-million-year-old fossilised shark from Wardie Beach in North Edinburgh. Hidden inside a hard nodule of rock, little was known about what the specimen was, despite having been in our stores for decades. CT scanning and 3D printing led to the discovery that this shark, Trystichius arcuatus, had sophisticated jaws capable of suction feeding, 50 million years before the previous earliest examples of this adaptation in bony fishes. 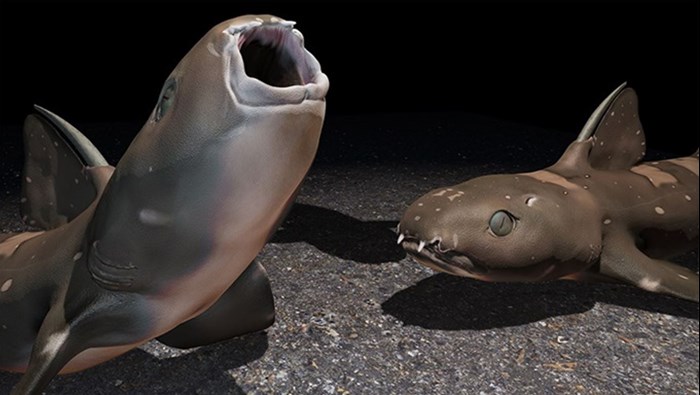 Find out more in this blog post, which includes a link to an animation of the shark’s jaws in action.

Our Science & Technology collections also have an intriguing shark story to share. We have the very first satellite tracking device used to follow the movements of a fish. Researchers from the University of Aberdeen attached it to a basking shark using a 10m line, in the summer of 1982, and were able to track its movements for 17 days before the line broke. Modern tags are, of course, much smaller and more reliable, and are used in many areas of research. Read the whole blog post to find out about how a shark managed to sneak its way into a research project about salmon and offshore renewable energy! 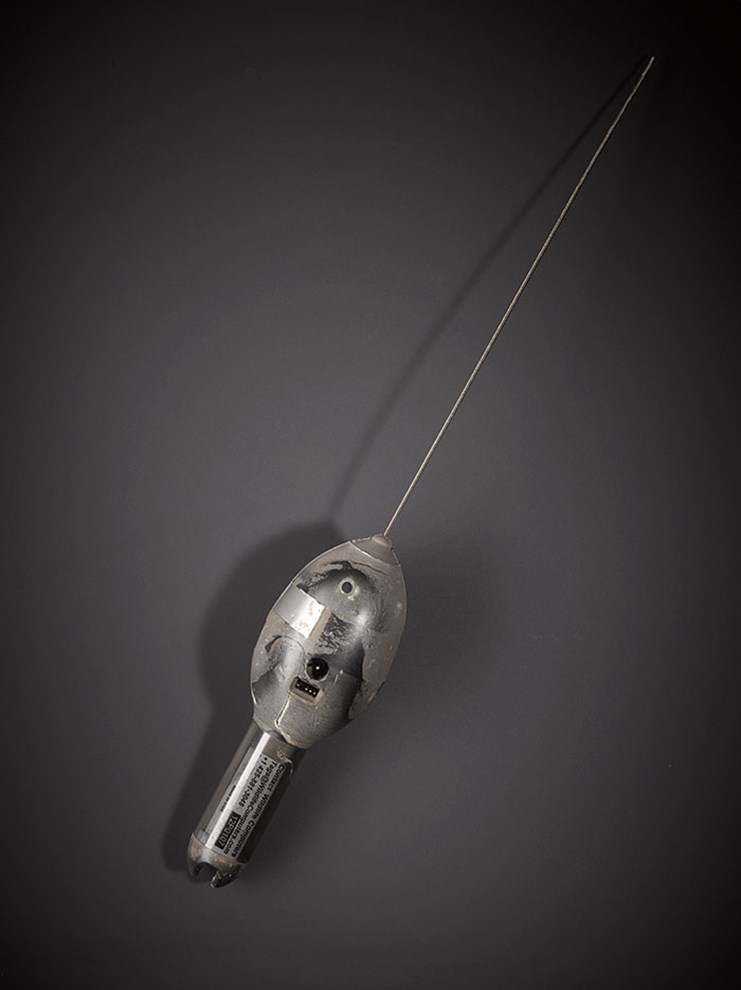 MiniPAT satellite tag which was on a salmon when it was eaten by a shark, showing toothmarks, Wildlife computers, USA, 2013.

Current estimates suggest that more than a billion people worldwide still don’t have access to clean drinking water. As a result, water-borne diseases such as diarrhoea, typhoid fever and cholera kill 1.8 million people annually. The Jompy water boiler, developed by plumber David Osborne in Troon, Scotland in 2010, is a simple, portable and affordable way to purify water for drinking, washing and cooking in developing countries.

More recently, Dr Faisal Ghani of Heriot-Watt University has designed a clever solution to another water-related challenge in the developing world, namely the high financial and environmental costs of producing hot water for both business and household use. He hopes that his award-winning invention, the SolarisKit Collector, which uses solar energy to heat water, will have a positive impact on the planet as well as people’s lives. Read all the solar hot water heater blog post. 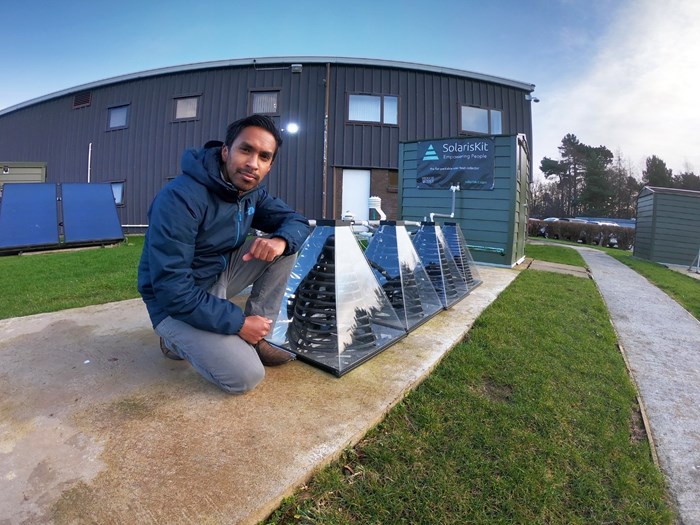 Part of: Elements of #EdSciFest