Developed here in Scotland in 2010, this sustainable technology is helping to bring clean drinking water to the developing world.

29cm across, about the size of a frying pan

Dying for a drink

In the developed world, many of us take easily-available clean drinking water for granted. It’s in our homes and workplaces, our supermarkets and cafés. But the search for clean water to drink has a long history and even today, it still affects day-to-day living for millions.

As early as 2,000 BCE, Sanskrit texts and ancient Egyptian inscriptions described how to purify dirty water. Inhabitants of the ancient world were advised to plunge hot metal rods into buckets of water, heat it in the sun, boil it on a flame or filter it through sand and stones.

But it wasn’t until the 19th century that such techniques were refined to benefit public health and the population at large. The first municipal waterworks in the world opened here in Scotland in 1804, in the town of Paisley. It used gravel filters and sand to treat water. By 1827, Scottish civil engineer Robert Thom had invented and installed slow sand filters in Greenock, while James Simpson designed a similar system widely used around the world from 1829. It was also during the 19th century that the link between clean water and health became clearer. Town officials in London, for example, noticed that deaths from cholera fell after filtration systems were installed. In Europe and the United States, the Victorian period marked the start of comprehensive public health measures and legislation. 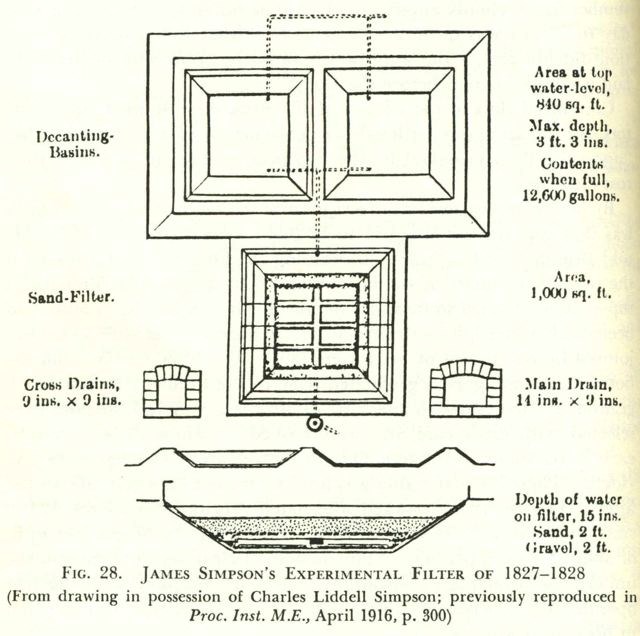 Even so, estimates today suggest that more than a billion people worldwide still don’t have access to clean drinking water. As a result, water-borne diseases such as diarrhoea, typhoid fever and cholera still kill 1.8 million people annually. According to AMREF Health Africa, this is caused not only by lack of access to clean drinking water but lack of clean water to provide adequate sanitary facilities, or to wash hands, food or utensils before eating. Access to clean water alone could reduce deaths from diarrhoea by up to 25 percent.

Providing clean water around the world

David Osborne invented the Jompy water boiler after his work on solar-powered water heaters in Kenya. He wanted to design a portable, affordable and environmentally-friendly way to help developing countries safely purify water for drinking, washing and cooking.

Using the Jompy is simple. The coiled tube of aluminium sits over a flame, like an open fire used for cooking, using this heat to decontaminate water passing through. Its flat circular shape allows pots and pans to balance on top, meaning food can be prepared at the same time and using the same energy. Over an open flame, the Jompy can heat 1 litre of water in 45 seconds.

It also works using solar energy. A pot of water left out in direct sunlight on top of the Jompy will heat to 80 degrees in about 20 minutes. 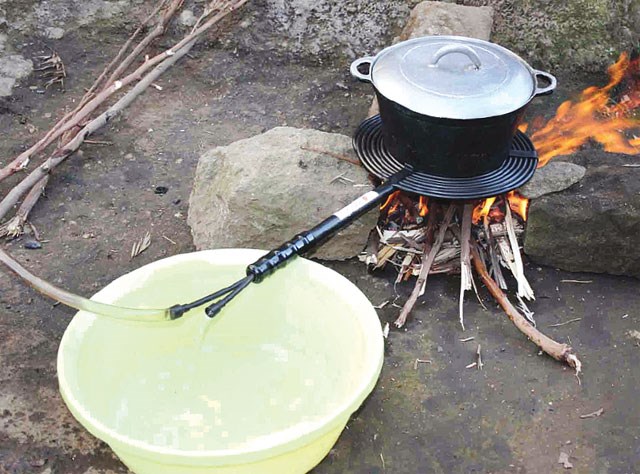 Over a flame, the Jompy heats water to around 86 degrees – hot enough to kill most of the bacteria that cause water-borne diseases such as cholera and diarrhoea. In 2006, the World Health Organisation (WHO) set an objective of zero E. coli per 100ml of water for all water supplies. A study by Glasgow University found that all water samples purified through the Jompy had zero colonies of E. coli per 100ml, regardless of the quality of the source. This same study also found that the Jompy improved air quality by shortening cooking time and encouraging less burning of fuel. Lower exposure to smoke reduced the possibility of respiratory and eye problems.

And if all that wasn’t enough, the Jompy has excellent green credentials. Thanks to the speed at which it heats, each Jompy used in Africa saves 2.6 tonnes of carbon per year.