Made for the 1971 Formula One season

The Tyrrell 003 F1 car was on display in Hawthornden Court from 2009-2015. It formed part of the Museum's contribution to Homecoming Scotland 2009.

Driven by Sir Jackie Stewart, the car made its racing debut at the Spanish Grand Prix in 1971, where it won. 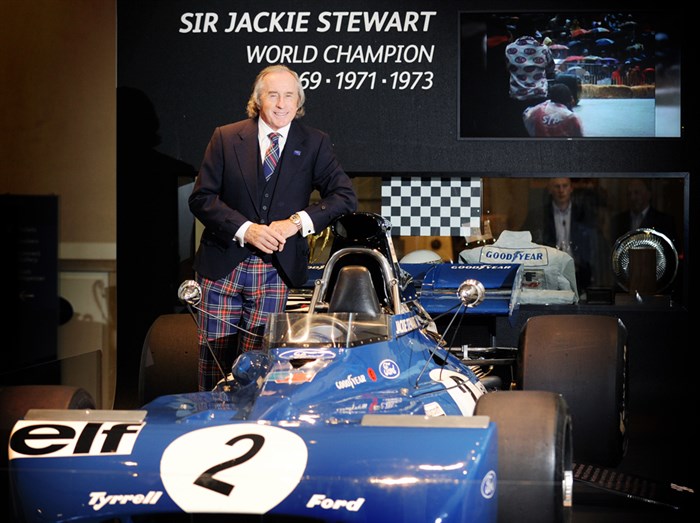 In 2009, to celebrate the 40th anniversary of his first World Drivers’ Championship in 1969 and Scotland’s Year of Homecoming, Sir Jackie loaned his 1971 World Championship winning Tyrrell 003 Formula One car to National Museums Scotland.

The 1971 Tyrrell 003 has won eight Grand Prix races, more than any other individual car, and was on display along with Sir Jackie’s 1971 Monaco Grand Prix and German Grand Prix trophies, as well as his famous tartan rimmed helmet. 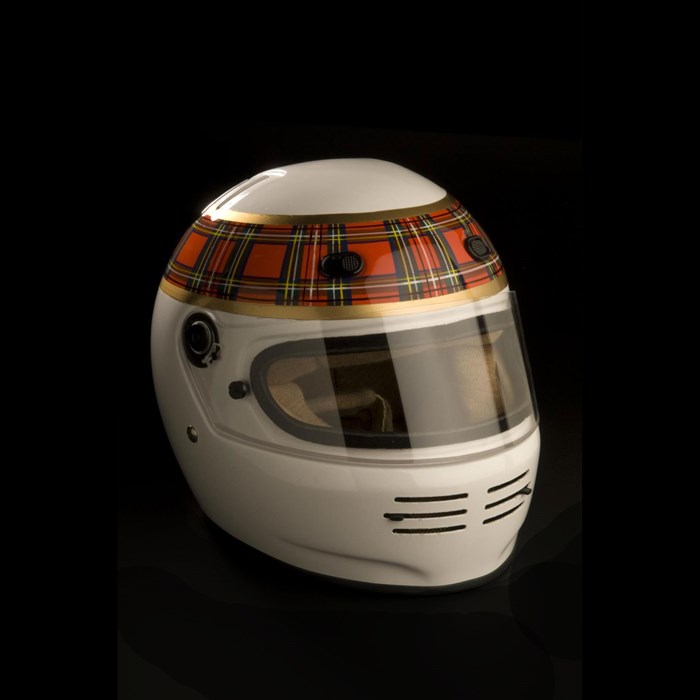 Above: Sir Jackie Stewart's tartan-rimmed helmet. You can see the helmet on display in the Scottish Sports Hall of Fame in the Scotland: A Changing Nation gallery at the National Museum of Scotland.

“
This car is the winning Grand Prix car in history and holds a lot of very good memories for me. To see it displayed in this magnificent museum where the stories of so many distinguished Scots and the impact they have made on the world are told makes me feel extremely honoured, especially as my family and close friends are here to see it.
- Sir Jackie Stewart

Like winning the Grand Prix, getting the car into the Museum was no easy feat, as these photographs show. The car was lifted into the Museum by crane in the early hours of the morning, before being wheeled into place. 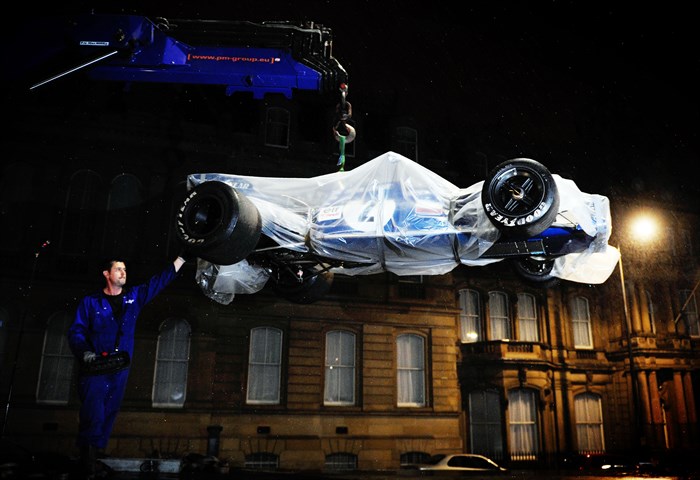 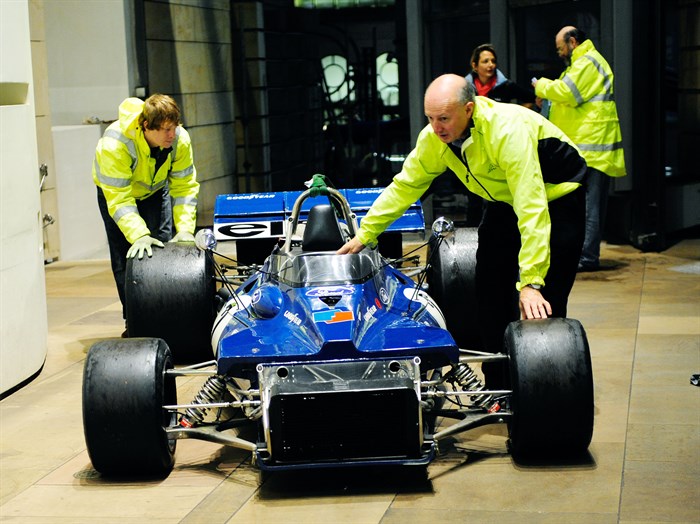