In September 2009, an amateur treasure hunter made an amazing discovery when he unearthed four gold neck ornaments (torcs) in a field near Stirling. These torcs are a discovery of European significance, and show the wealth, power and connections of people during the Iron Age (c. 300-100 BC).

With the aid of the National Heritage Memorial Fund, the Art Fund (with a contribution from the Wolfson Foundation) and the Scottish Government

The gold torcs feature the design influences and craft skills of Scottish, Irish, French and Greek (or Roman) makers - a highly unusual mix. 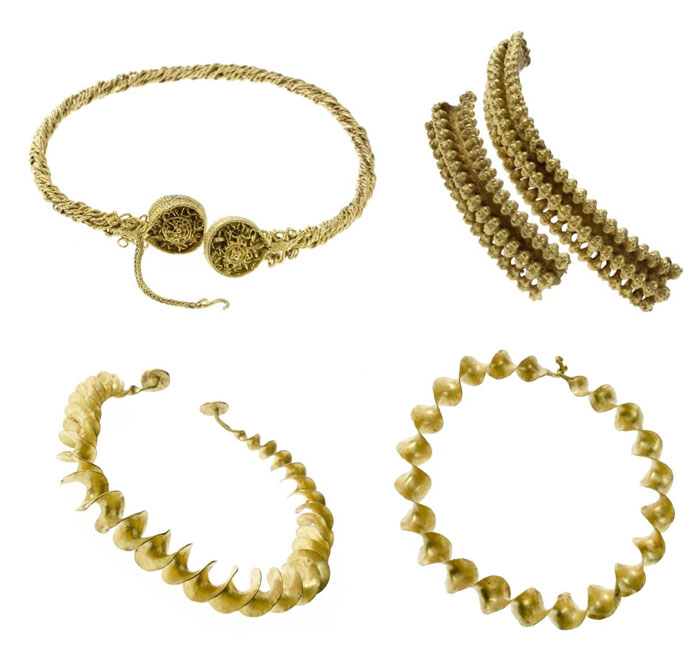 Two of the torcs are made from twisted gold ribbons – a typical Scottish and Irish style. The others are more exotic. The two fragments come from a highly decorated tube-like torc from south-west France. This shows the long-distance links available to powerful people. Did someone travel to France, bringing back this rare and exotic object? Or did it pass as a gift from one influential group to another? 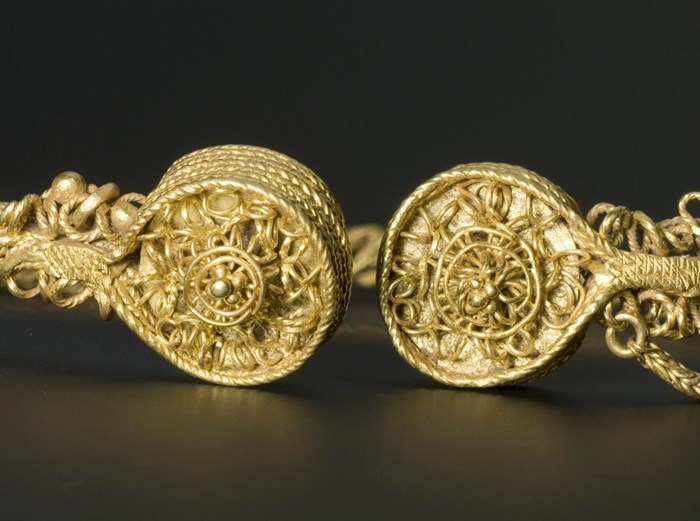 The fourth torc is unique. Its shape is typical of the Iron Age in northern and western Europe, but the craft skills are not – someone trained in the Greek or Roman world made it. What brought this unique torc – or its exotic maker – to Scotland?

The torcs were found by David Booth on his first outing with a metal-detector – only seven steps from his car! He immediately reported them to the Treasure Trove Unit. The law of Treasure Trove ensures that our cultural heritage is preserved for everyone to enjoy. Under Scots Law, all such archaeological finds belong to the Crown. They are allocated by an independent system to an appropriate museum, and the finder rewarded.

In this film, David Booth explains how he discovered the torcs. 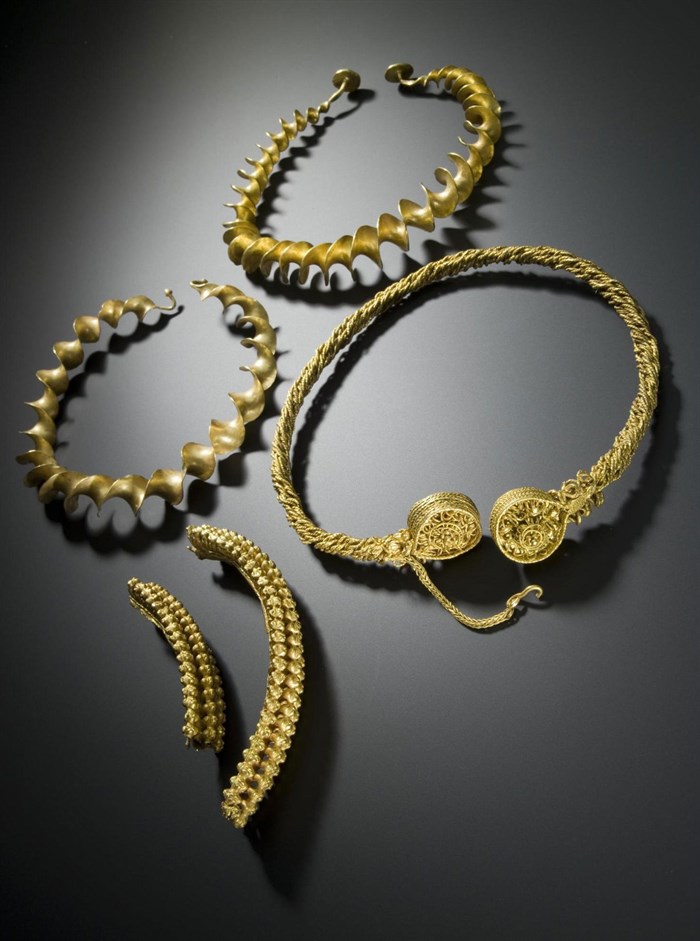 Archaeologists from the museum excavated the findspot. They discovered the hoard was buried inside a large circular wooden building in an isolated, boggy area. Were the torcs buried for safe-keeping – or as a religious offering? Was this a shrine in a sacred, watery spot? This exciting find has lots still to reveal.