Buried around the middle of the 5th century AD, this hoard of Roman silver from Traprain Law in East Lothian is the largest known from outside the Roman Empire.

Traprain Law (or hill) has shown evidence of occupation since 1000 BC. In 1919, archaeologists excavating the Law discovered a stunning hoard of buried treasure made up of over 300 fragments of objects which have been cut up either for exchange as bullion or for melting down and recycling into new objects. Coins in the hoard date from the early 5th century AD, the dying days of Roman Britain when the province of Britannia was under attack from all sides.

Many of the fragments from the hoard were originally pieces of exquisite aristocratic silver tableware. However, these dishes, flagons and platters were not used in Scotland – instead the hoard of hacked-up silver is likely to have been given as a diplomatic gift or in payment for mercenary activity. 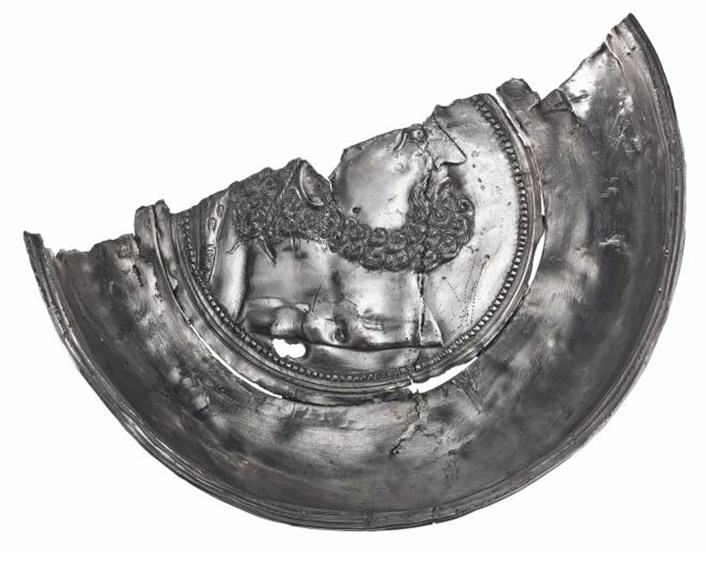 Above: Half of a silver platter showing the head of Hercules.

The Romans used bribery to try and keep their borders peaceful and secure across Europe. After abandoning Scotland in the 160s they used bribery to keep the frontier secure. It is possible that they gave this great treasure as a bribe to a friendly native chief to prevent attacks south of Hadrian’s Wall into England, which they still occupied.

Amongst the Treasure is a wide range of vessels, including items decorated with characters from classical mythology side by side with others featuring Biblical scenes and Christian symbols. 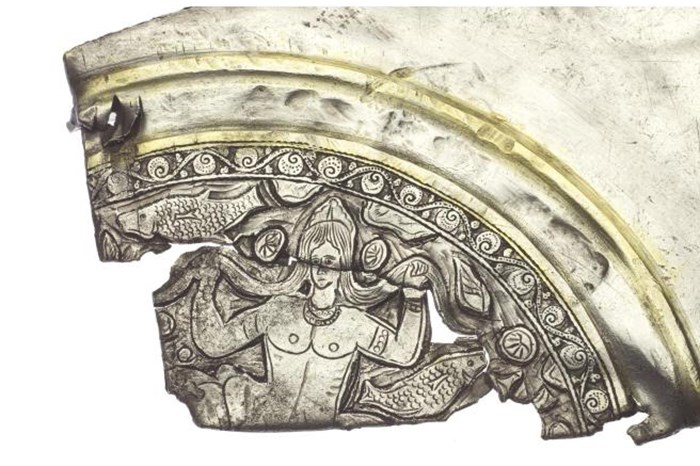 Above: Part of a flat silver plate showing Venus rising from the waves. 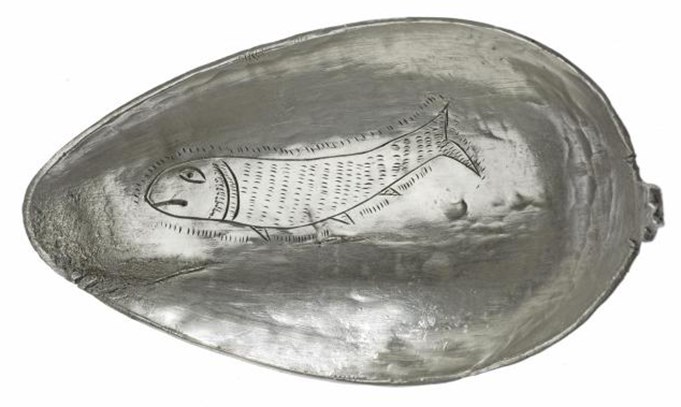 Above: Bowl of a silver spoon engraved with a fish, a Christian symbol.

Also discovered were two small pieces from one of the biggest silver dishes in the whole of the Roman world, which has now been digitally reconstructed as part of the Glenmorangie Research Project into Early Medieval Scotland.

There are more personal objects, such as jewellery and buckles, as well as spoons and a strainer, some with Christian symbols, including the first two letters of Christ’s name in Greek, ‘Chi -Rho’.

Above: Silver spoon with ‘Chi-Rho’ monogram.

Amongst several fittings decorated with animal motifs there are handles in the shape of panthers, from a large wine flagon – panthers were sacred to Bacchus, god of wine. There are also pieces of a very rare openwork silver cage which fitted around a glass cup or bucket.

Above: Panther or leopard-shaped handle, probably from a large wine flagon. 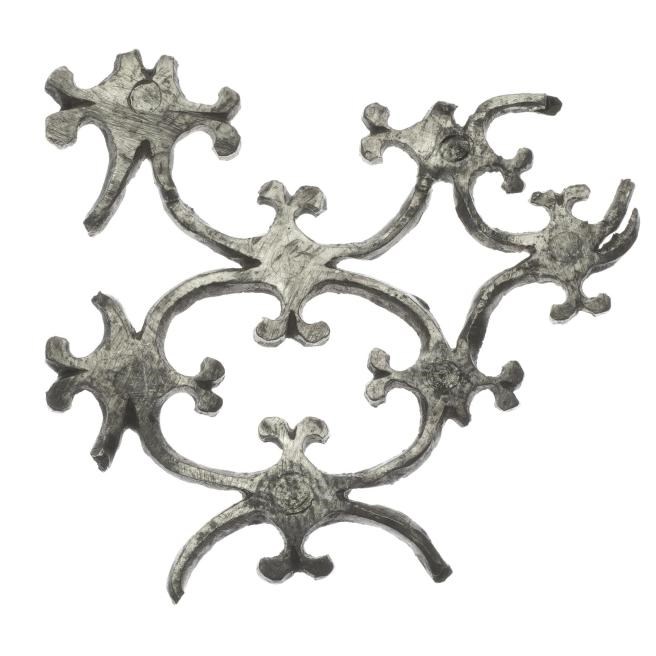 Above: Detached piece of openwork from a silver cage-cup or bucket.

The people of Traprain Law accepted gifts of Roman silver bullion, melted them down and made jewellery from them, such as the heavy neck-chain also found at Traprain Law. 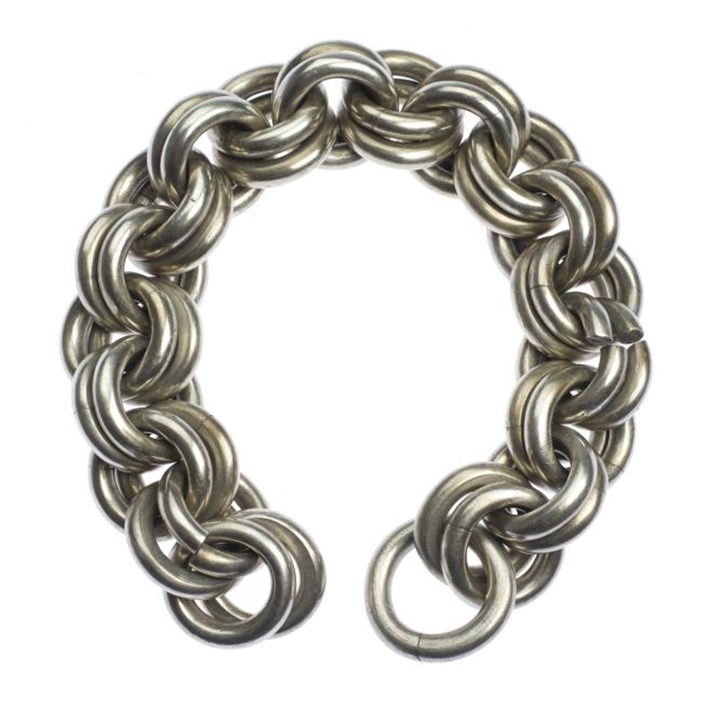 Hover over the image to see the flagon spin round.

Research as part of the Glenmorangie Research Project into Early Medieval Scotland has allowed us to piece together the fragments of a dish found amongst the treasure and to recreate the original dish digitally.

The video below shows the digital reconstruction of the dish and you can find out more about the project here.