Take a look inside one of the most treasured objects in the National Museum of Scotland.

Acquired with the aid of the National Art Collections Fund

Kingdom of the Scots, Level 0, National Museum of Scotland

The Monymusk Reliquary makes an appearance on the Clydesdale Bank £20 note. 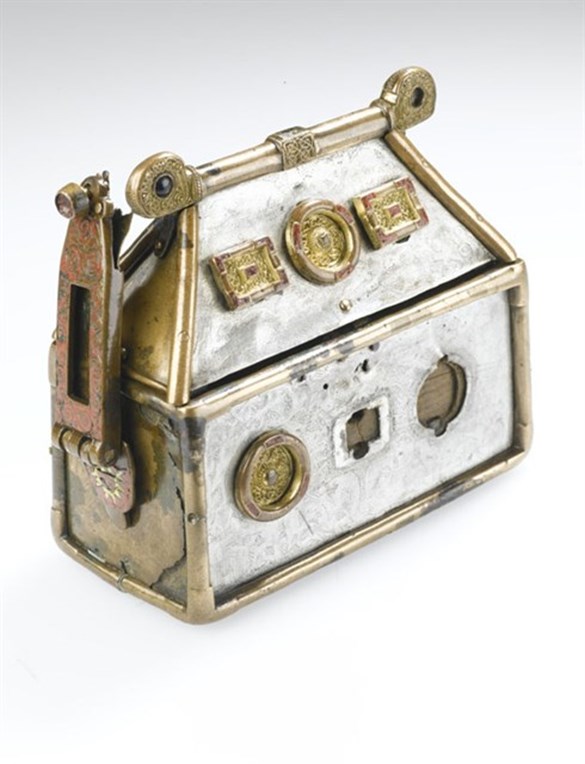 What is the Monymusk Reliquary?

The casket and lid are each carved from a solid piece of wood, and covered in thin bronze and silver plates. The silver plates are decorated with very faint interlacing animals and with bronze mounts featuring red enamel. One of two enameled hinge plates survive that would have attached a strap so that the Reliquary could be carried, possibly around the neck.

From its ornamentation, the Reliquary is thought to have been made towards the beginning of the 8th century. 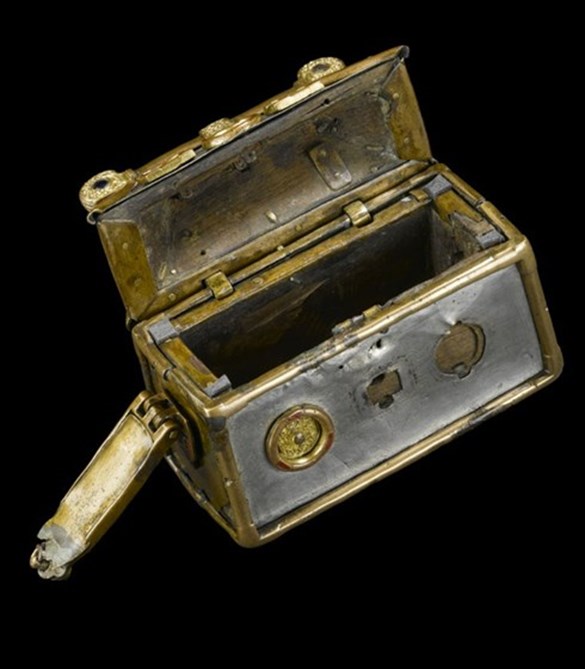 The history of the Reliquary

We know nothing of the Reliquary’s history for certain. It was preserved at Monymusk House but it is uncertain for how long. Since the 19th century it has been identified by some with the tradition of the Brecbennach of St Columba which was carried before the Scottish army in battle.

However, recent research has questioned this tradition and highlighted there is very little evidence to substantiate it.

The Reliquary was due to be auctioned in London in 1933 but with the help of the National Art Collection Fund it was acquired by the Museum. 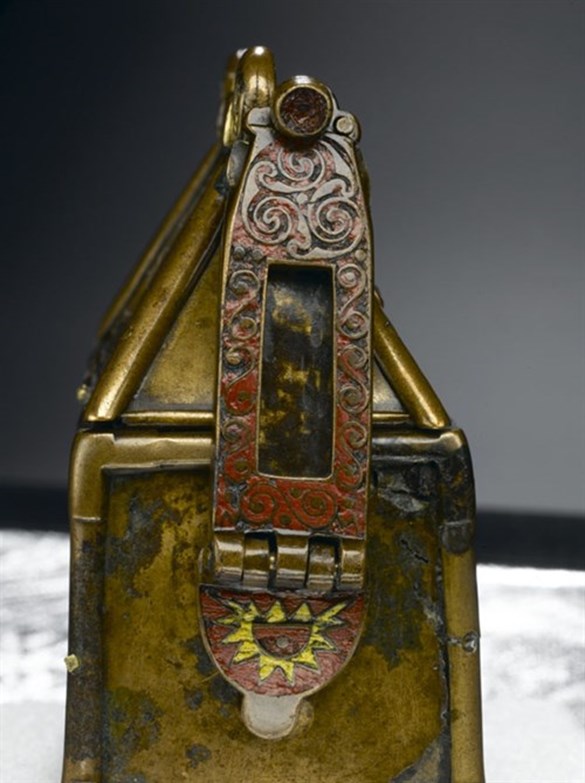 This digital reconstruction shows what the reliquary would have looked like originally.