This early medieval silver, unearthed in Fife during the 19th century, is one of the largest Pictish hoards ever to be found.

All the objects are made from silver.

What is the Norrie's Law hoard? 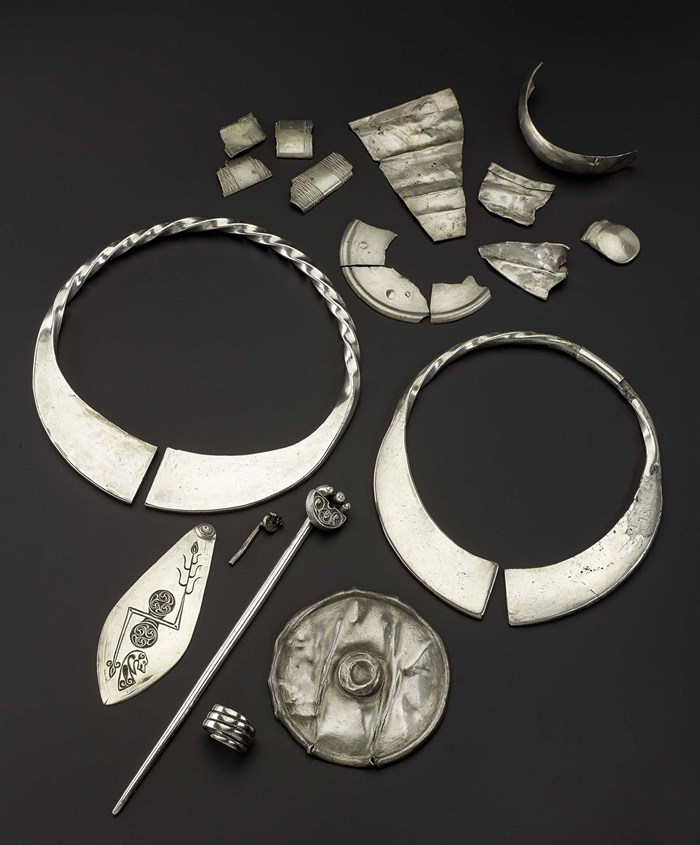 Above: A selection of objects from the Norrie's Law hoard.

One of the largest Pictish hoards ever to be found, estimates suggest that the Norrie’s Law hoard originally contained almost 12kg of silver. Most of the hoard was lost soon after its discovery, and less than a kilogram survives today. Made up of 170 pieces, the hoard mainly contains small pieces of hacked-up objects, cut down for their silver bullion value. Four complete early medieval silver objects from the hoard also survive – a plaque decorated with Pictish symbols, a large handpin, a spiral finger ring, and a large brooch with a twisted hoop. 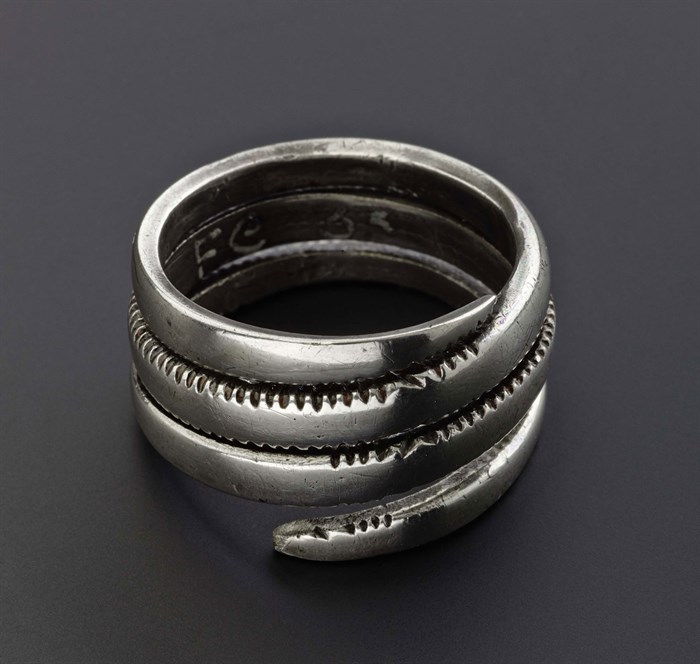 Above: Spiral ring, part of the Norrie's Law hoard.

Why is the hoard significant?

The Norrie’s Law hoard is very unusual and important. In early medieval Scotland, silver was the most important precious metal, used to make prestigious and impressive objects such as brooches and chains. The Norrie’s Law hoard is important because it tells us about the use and reuse of this precious resource – about the source of the raw material (late Roman silver, such as plate and coins) and how it was recycled and remade into new types of powerful objects.

When was the hoard found?

The silver was found in 1819 at a small mound in Fife known as Norrie’s Law. So much about the hoard’s discovery is shrouded in mystery, and even the name of the finder is unknown. The discovery was kept secret and by the time the landowner was told of it, most of the silver had been sold and melted down. The discovery remained secret for 20 years, until in 1839 a local Fife journalist and antiquarian began to investigate. He became convinced that some of the missing silver could be recovered if the discovery was more widely known. In the days before the widespread use of photography, he commissioned pewter copies of some of the best pieces from the hoard, including the symbol-decorated plaque and handpin.

Recent research by the Glenmorangie Research Project shows that two silver copies were also made around 1839, probably from the same moulds used to cast the pewter objects. These silver copies – a second symbol-decorated plaque and handpin – were thought until recently to be genuine early medieval objects but we now know they are 19th-century copies. This reduces the number of objects decorated with Pictish symbols in the hoard from three to one.

You can read more about the fakes in this blog post. 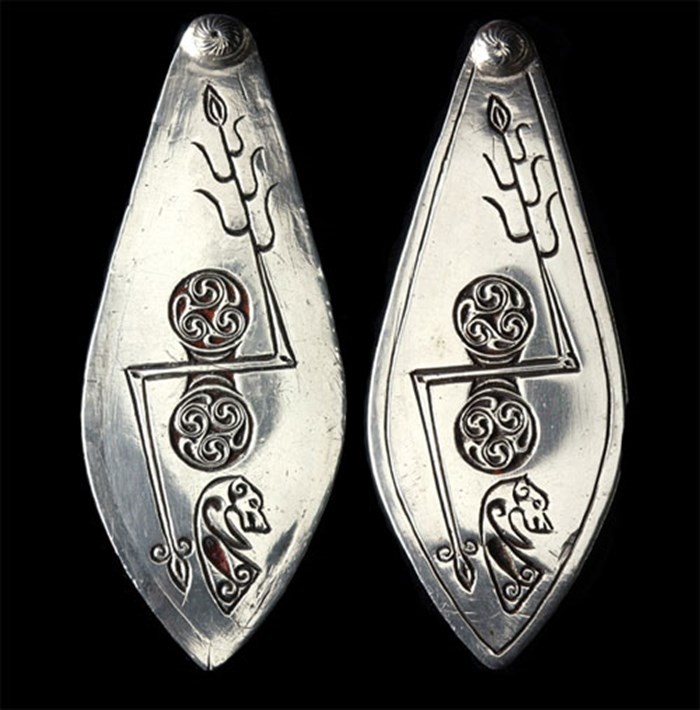 Above: The genuine plaque (left) and its 19th-century copy (right). 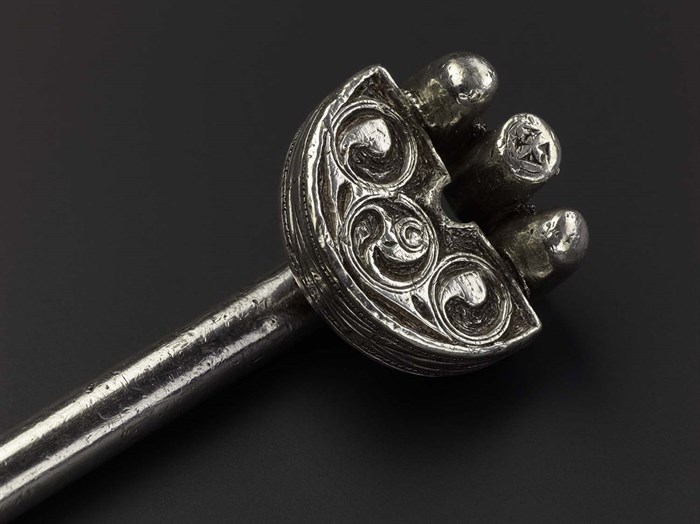 Above: The genuine early medieval handpin.

What does the hoard contain?

The Norrie’s Law hoard is mostly made up of hacksilver – parts of objects that have been deliberately cut up ready to be traded or exchanged, or melted down and made into something new. Until recently, this was the only hoard of its kind from Scotland – other hacksilver hoards, such as the one found at Traprain Law, contained only Roman silver.

Most of the Norrie’s Law silver is early medieval, though it does contain a handful of late Roman fragments, including part of a spoon. 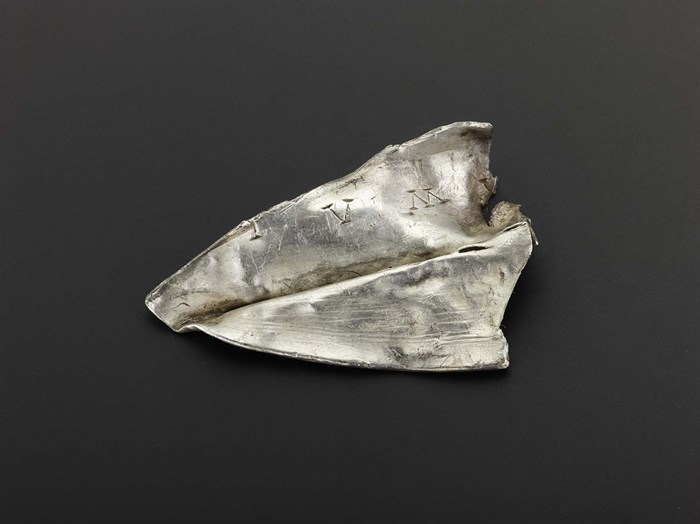 Above: Fragment of a Roman spoon, found at Norrie's Law.

Late Roman coins were also found but do not survive today. Many of the early medieval objects in the hoard are rare or even unique. The symbol-decorated plaque is one of its kind. The brooches with twisted hoops and fragments of spiral bracelets are very rare, as is a mystery object decorated with snail spirals hammered into high relief. Pieces of silver sheet – perhaps from a plate or dish – had been folded into parcels, though all were unfolded after the hoard’s discovery. 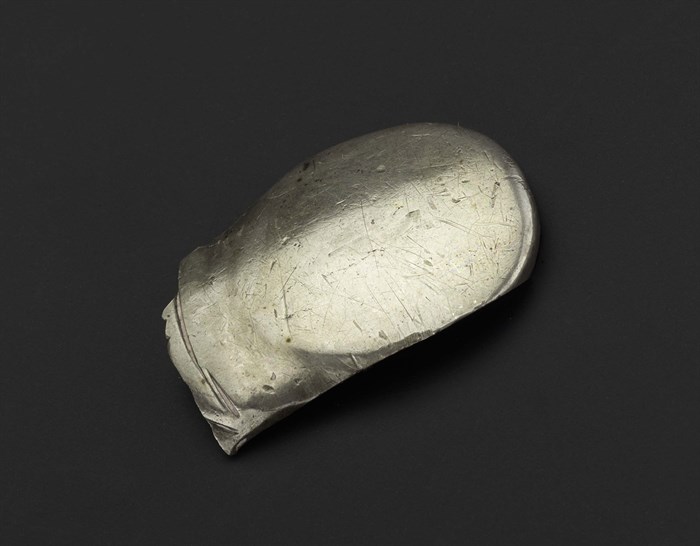 Above: Terminal from a silver bangle. 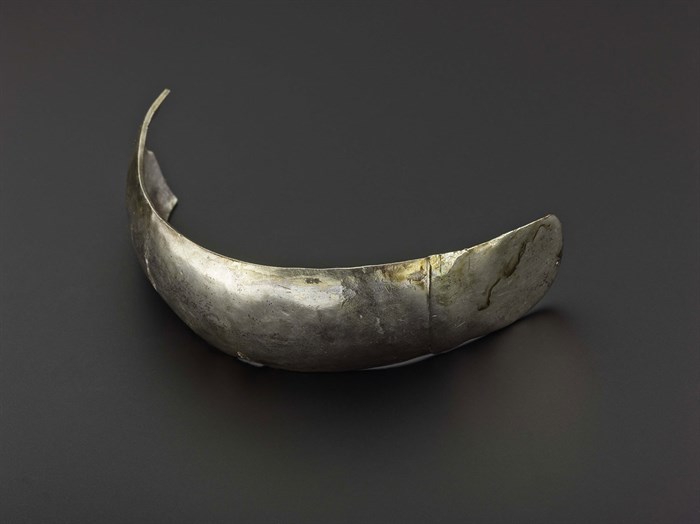 Above: Part of a silver bangle, found at Norrie's Law. 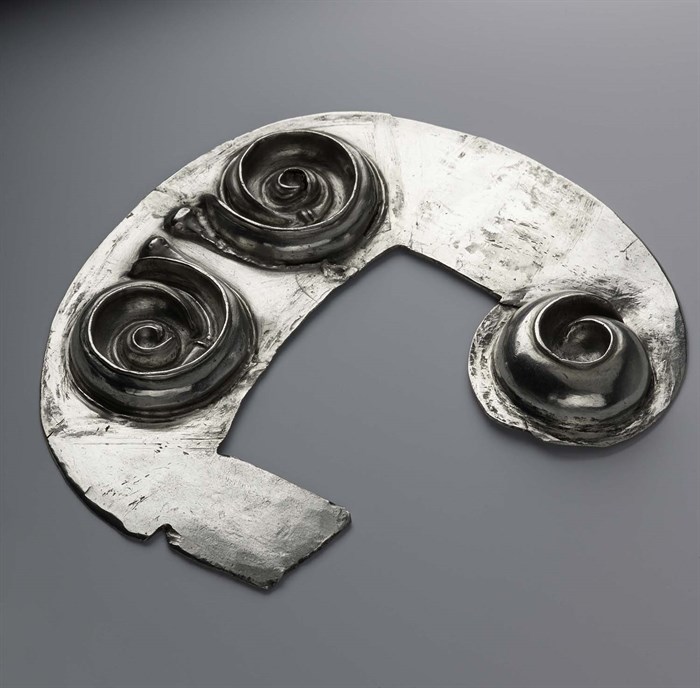 When was the hoard buried?

Because the hoard was found during the 19th century, it lacks the kinds of information that modern archaeological excavation of the findspot could provide. The only way to date the burial of the hoard is to examine the objects themselves. But because of their rarity and fragmentary condition, many of the pieces of silver are difficult to date independently. Late Roman coins provide some evidence, and tell us that the hoard must have been buried after the early 5th century AD. Ongoing research by the Glenmorangie Research project is beginning to suggest the hoard was buried around the 6th century AD.