This miniature painting by the wife of an army officer is based on a well-known oil painting of Tipu Sultan by the British artist Edward Orme.

Mughal style portraiture drew from a number of influences, including Persian, European and Indian painting styles that pre-dated Mughal presence.

Who is the artist of this miniature? 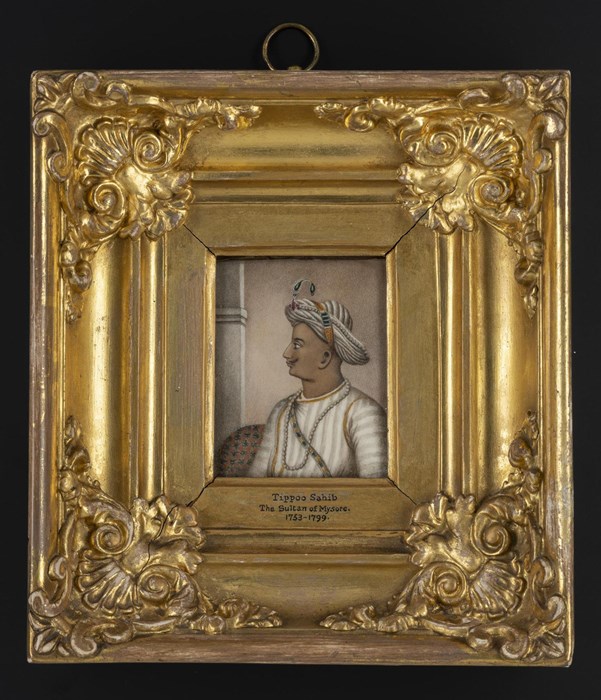 Above: Miniature painting of Tipu Sultan.

We believe a Mrs Innes to be the artist of this miniature due to a label that has been written by hand on the back of the wooden frame of the painting. Unfortunately, little is known of her life; however army records suggest that her husband was Major John Innes, who was commissioned Lieutenant of the 74th Regiment on 27 July 1794, and was wounded at the Siege of Seringapatam on 26 April 1799.

It is very likely that Mrs Innes based her miniature painting on a well-known oil painting of Tipu Sultan by the British artist Edward Orme (1775-1848), who became an engraver to King George III (1799-1820). Orme’s work was also used as the inspiration for a widely circulated acquaint portrait published in 1805. 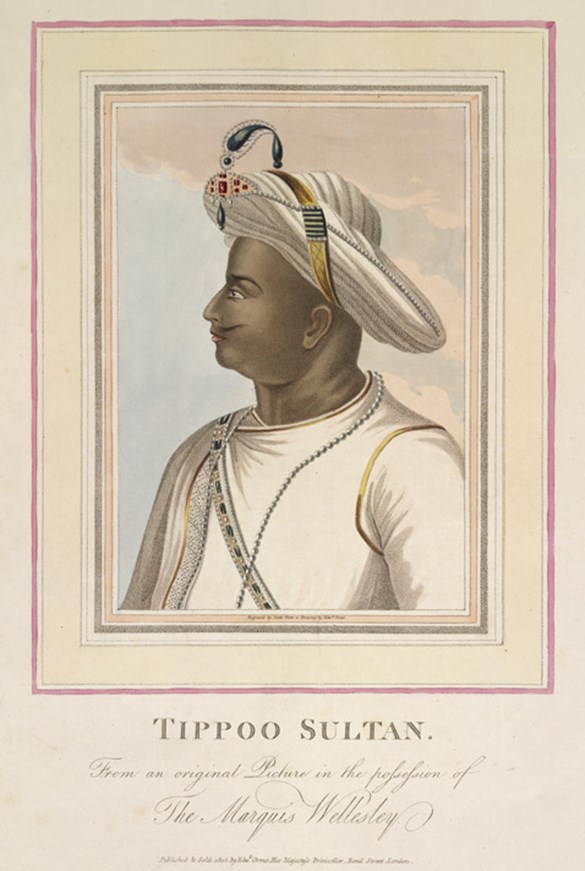 A formidable enemy of the British

During the course of the Fourth Anglo-Mysore War, Tipu Sultan was often portrayed as a tyrannical despot who tortured British captives. This perception was reinforced not only by stories of those held prisoner by Tipu Sultan and his father, Hyder Ali, but also through objects such as the renowned ‘Tippoo’s Tiger’. This mechanical pipe organ in the form of a tiger mauling a European soldier is understood to have been created for Tipu Sultan, possibly as a humourous metaphor for his ambitions with regard to the British.

It was found in Tipu Sultan’s Palace in his Ragmahal, or music room, and was sent to the Directors of the British East India Company by Lord Mornington (Marquess Wellesley), Governor-General of the Presidency of Fort William (1798-1805).

In 1808 it was placed on display at the East India Museum in Leadenhall Street, its dramatic impact furthered by the growling noise it emitted when the organ’s handle was turned. It is now in the collections of the Victoria and Albert Museum. 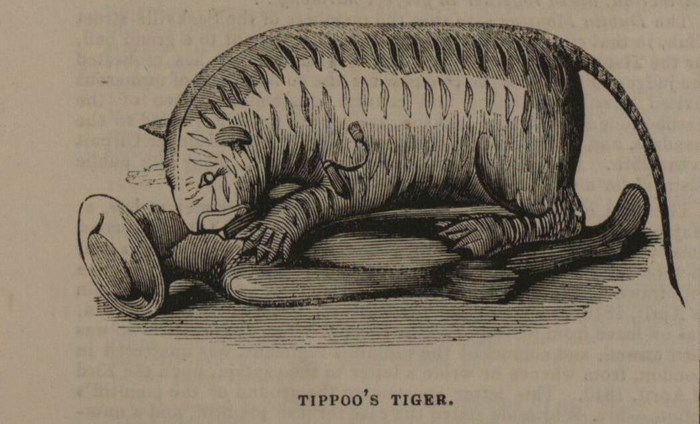