This silk floral amulet case is thought to have been the personal possession of Tipu Sultan.

A depiction of this case can be seen in Sir David Wilkie’s battle painting General Sir David Baird Discovering the Body of Sultan Tippoo Sahib after Having Captured Seringapatam on the 4th May 1799 currently on display in the Scottish National Gallery. 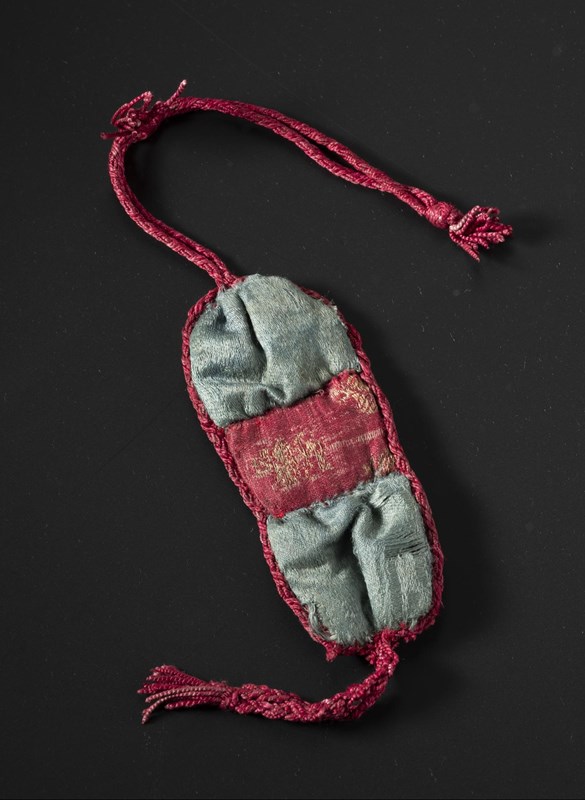 According to the terms of the Prize Committee each participant was to receive their allotted share of the spoils based on their rank. More than 1,000 commissioned officers took their own share in the captured property, which they kept, exchanged, or sold for money to their comrades.

As was common practice at the time, pieces believed to be of especially high value or significance – including books from Tipu Sultan’s library – were reserved for the monarch and sent to the British Royal Family. Senior military commanders and members of the British East India Company also received gifts of this kind. For instance, a khanjar (dagger) with jewelled ivory hilt said to have belonged to Tipu Sultan was presented to Charles Cornwallis, 1st Marquess Cornwallis (1738-1805) by officers who had fought in the siege at Seringapatam. 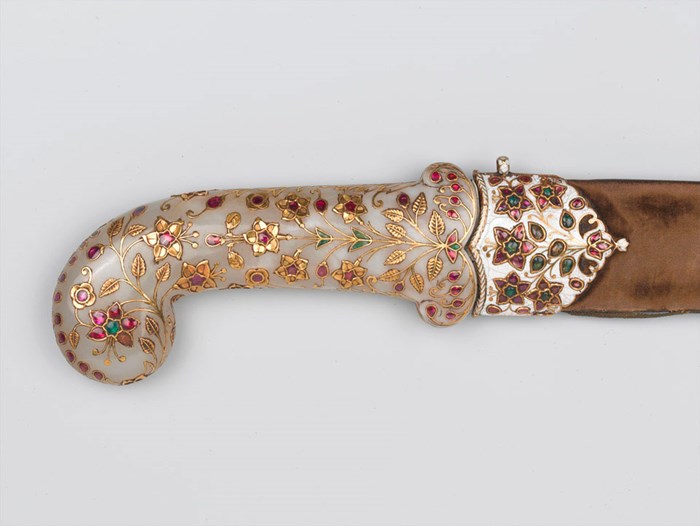 According to historical accounts, this silk floral amulet case had originally contained a small metallic (possibly silver) plate with Arabic and Persian inscriptions, since lost.

The letter that accompanied the acquisition of this piece in 1960 records that this was the personal possession of Tipu Sultan, and was tied around his right upper arm. It was removed and kept by Captain Keith Young in the aftermath of the siege, seemingly to commemorate Tipu Sultan as a formidable opponent.