You are here Home > National Museum of Scotland > Things to see and do > Past exhibitions > Reflecting Telescopes
This exhibition has now closed.

This small display revealed the work of pioneering Scots in the development of the reflective telescope. In particular, it highlighted the work of James Gregory (1638‑75), a contemporary of Isaac Newton and Professor of Mathematics at St Andrews then Edinburgh University. Gregory published an innovative design for a ‘reflecting’ telescope in 1663. A predecessor of the modern telescope, Gregory’s device used mirrors, rather than glass lenses, to create a more compact instrument and sharper images.

The display also touched upon astronomy in Edinburgh, a city that has remained at the forefront of astronomical research and discovery for more than four centuries. 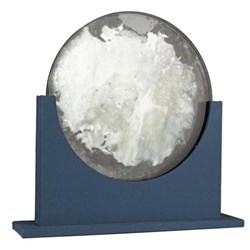 A giant T.rex guards our Natural World galleries, where we ask the big questions: how does the world work? What do we know about it? What is our place in the universe?
More

Find out how this revolutionary telescope was invented, and how it found a home at the National Museum of Scotland.
More
Exhibition information