You are here Home > Collections and research > Our research > Past research projects > Revealing the Layers: the Umbrian Madonna and Child > The Umbrian Madonna: history and analysis
The first stage of this interdisciplinary project explored the history of the sculpture and included a scientific analysis of its components. The findings informed the conservation and display of this rare piece.

The Madonna and Child is a key exhibit in the Art of Living gallery, which opened in July 2016 as part of a major transformation of our Art and Design galleries. 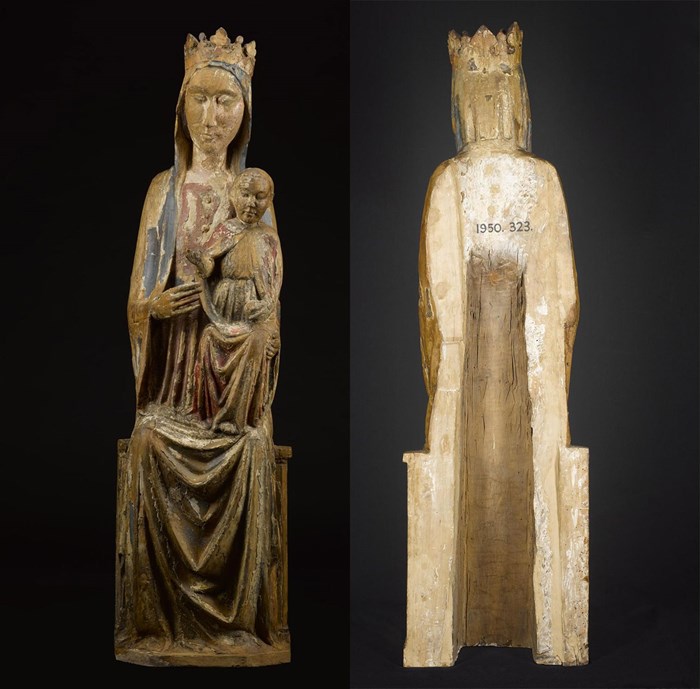 Above: The Madonna and Child after conservation.

In April 2015, the Henry Moore Foundation awarded £8,000 to National Museums Scotland to enable a technical analysis of the Madonna and Child, a sculpture attributed to an Umbrian artist known as “Maestro della Santa Caterina Gualino”. It is the only known Madonna and Child attributed to the Maestro outside Italy. This blog post by Dr Luca Palozzi of the University of Edinburgh explains more about the Maestro.

This beautifully crafted 14th-century wooden sculpture preserves the remnants of a once richly painted and gilded surface providing clues to its original appearance.

Our in house team worked with colleagues from Edinburgh and Glasgow Universities to research and develop our understanding of the sculpture and to authenticate its attribution. Wood species identification, carbon dating and CT scanning were undertaken, confirming that the sculpture was made from poplar in the early 14th century. Pigment analysis enabled the paint stratigraphy to be mapped, showing the evolving appearance of the Madonna through the centuries. With this comprehensive body of knowledge, we undertook a radical treatment approach, removing large areas of overpaint and modern repairs.

This was an interdisciplinary project in which the conversation team worked very closely with the project curator and art historian who explored the history and context of the object with the help of a Museums and Exhibitions Grant from the Association of Art Historians.

In addition to the situation of the object in art history, the project curator sought to clarify where the Madonna had been before being bought by the museum. It was discovered that the last owner of the Madonna had been Sir Michael Sadler, the famous patron and collector of post-impressionist painting. In his later years, Sadler had developed a largely unresearched passion for sculpture and been guided in this by the avant-garde London gallerist and dealer Sydney Burney, from whom the Madonna had come. Exploring the context of her purchase and display in Sadler’s Oxford home alongside “A bas-relief from Nineveh, a bronze of Zadkine [and] an Aztec mask in black stone”, the resulting understanding of what Sadler may have seen in the sculpture was essential in informing decisions to remove the overpainting after acquisition.

This blog post by Dr Rachel King explains more about the project.

You can find out more about the scientific analyses in this blog post by artefact conservator Diana de Bellaigue. 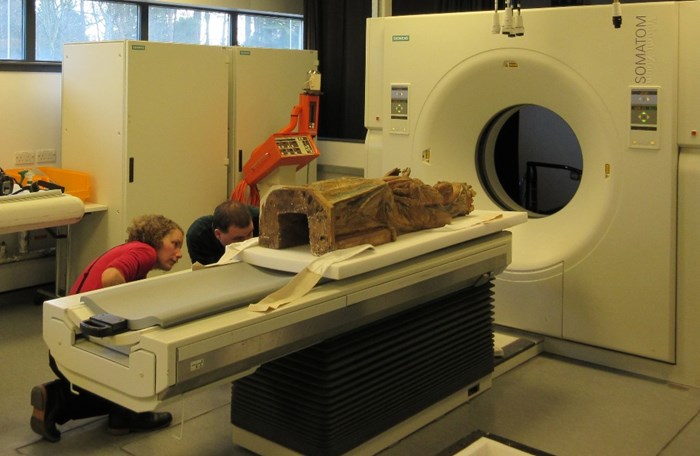 Above: The sculpture underwent computed tomography (CT) and xradiography at the Royal (Dick) School of Veterinary Studies, University of Edinburgh. 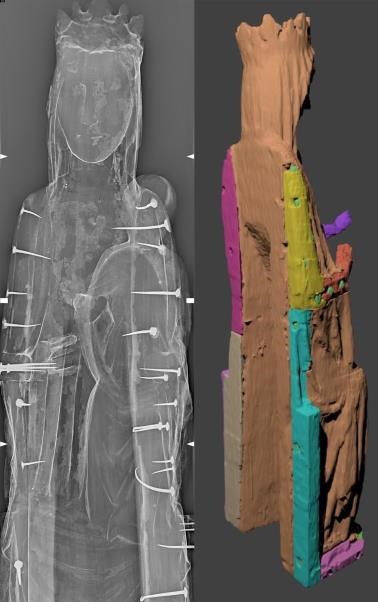 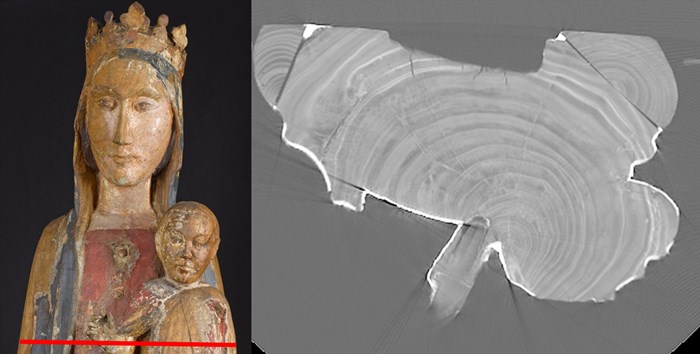 Above: Cross sectional images of the CT scan allowed us to look at the ring pattern of the tree as well as construction techniques. The red line indicates the position of this cross section. 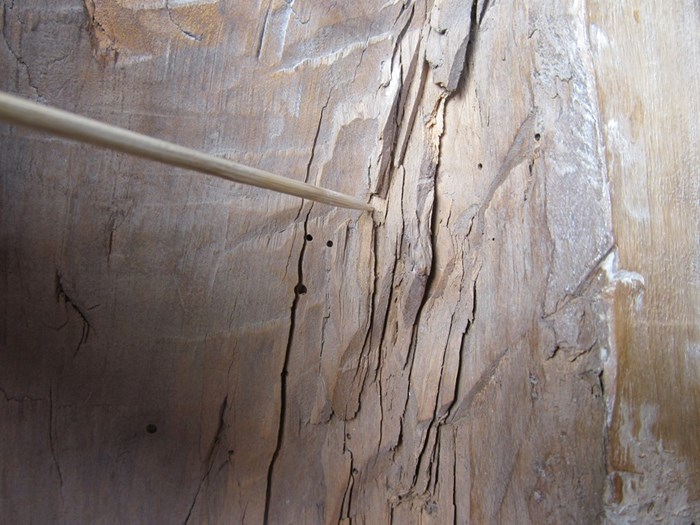 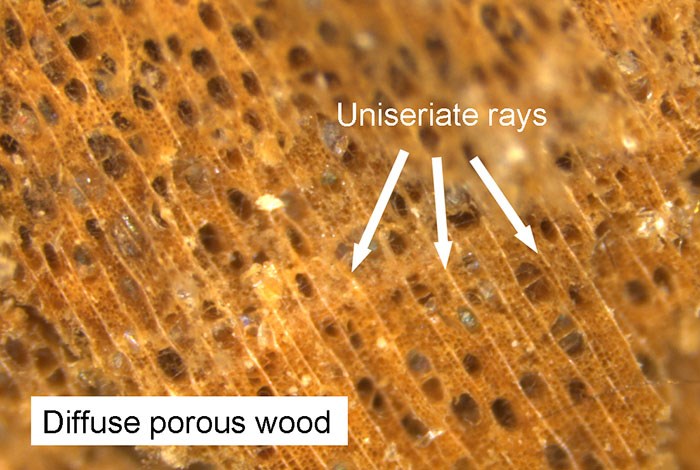 Above: Wood species ID carried out by Dr Theo Skinner using microscopic analysis of the wood structure confirmed the wood to be poplar, a species commonly used for carving in Italy during the 14th century.

Above: This analysis was done by comparing microscopic features with known examples. The sample was then sent to Oxford to be carbon dated at the Oxford Radiocarbon Accelerator Unit where the wood was dated to the very early 14th century. 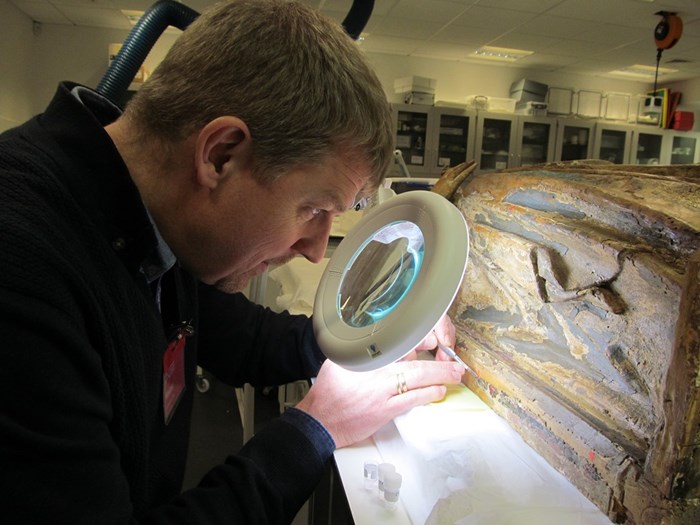 Above: Microscopic paint samples were taken and resin mounted. 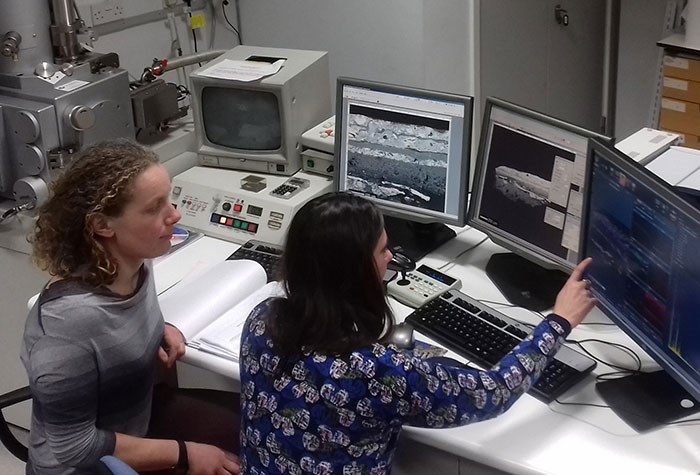 Above: The samples were analysed at the museum using a Scanning Electron Microscope. 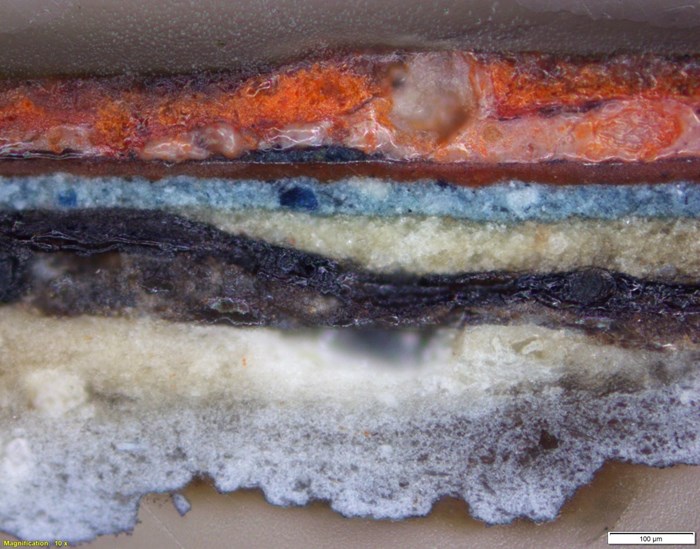 Above: Polished paint cross section showing the original paint layers and the numerous subsequent repaints on the Virgin’s robe. 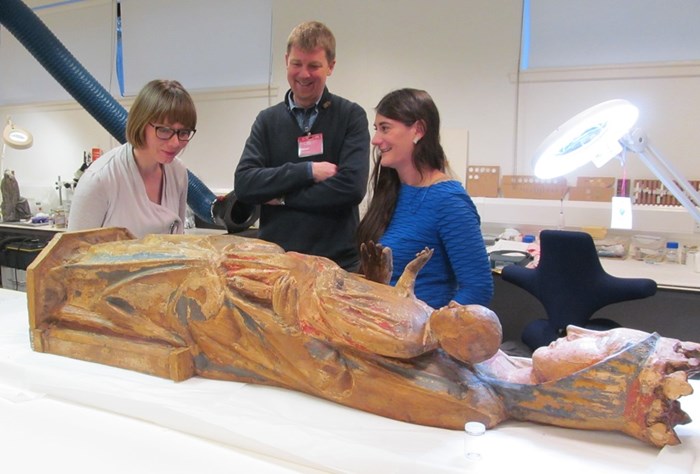 Above: Collaboration between art historian, museum scientist, conservator, and external experts contributed to the success of the project. 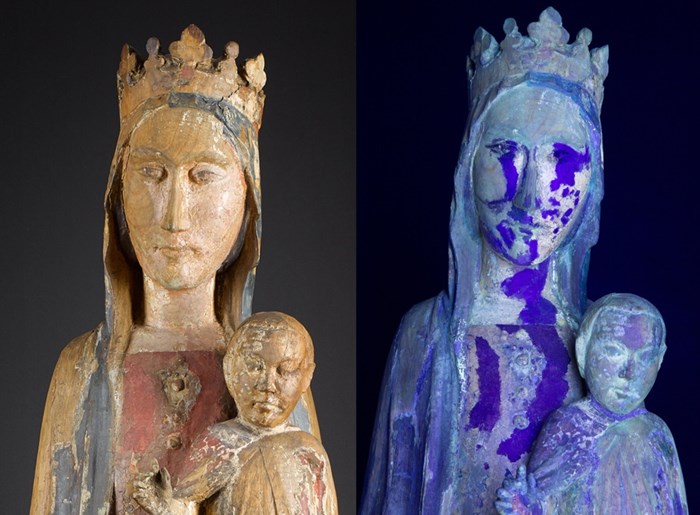 Above: The Madonna before conservation (left) and photographed under ultra-violet light.

Using this central image taken under UV light by Neil McLean, Museum Photographer, we were able to track modern repaints and remove them to reveal more of the original sculpture beneath, including what seems to be an underdrawing on the Virgin’s face. While there are other examples of underdrawings on sculpture of the period, they have been subject to little scrutiny. Verifying the authenticity of our underdrawing is a further aspect of research we would now like to undertake. 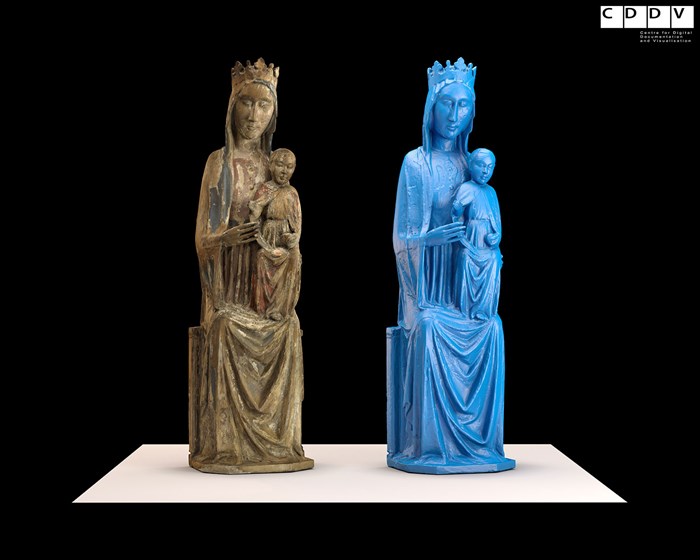 Above: 3D digital model of the sculpture.

You can see the 3D model on Sketchfab here: 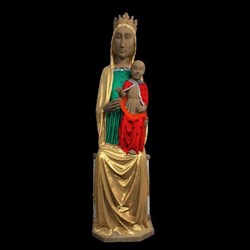 Following the success of the initial project, we succeeded in securing funding from the Henry Moore Foundation and the KT Wiedemann Foundation to go further in our analysis of the 14-century sculpture of the Madonna and Child.
More 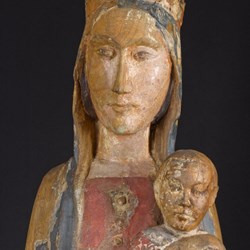 Discover more about this fascinating conservation and research project, exploring the history of a 14th century sculpture of the Madonna and Child.
Read
Back to top