James Clerk Maxwell created this 3D model to represent the behaviour of an imaginary substance showing its solid, liquid and gas states.

What does this model show?

This model is a three dimensional graph. It represents the behaviour of an imaginary substance showing its solid, liquid and gas states. The substance is rather like water, showing behaviours such as expanding as it freezes, but the model doesn’t use accurate data for water itself as this wouldn’t fit so conveniently into a compact 3D structure.

James Clerk Maxwell’s was not the first model to be made showing the behaviour of materials. In 1862-71 in Belfast, James Thomson (whose more famous younger brother became Lord Kelvin) worked on data gathered by Thomas Andrews to make three dimensional graphs showing the relationship between volume, temperature and pressure of carbon dioxide, whether it was a gas or liquid. Maxwell was fully aware of their work and some interesting insights into the making of the model are to be found in letters between them. 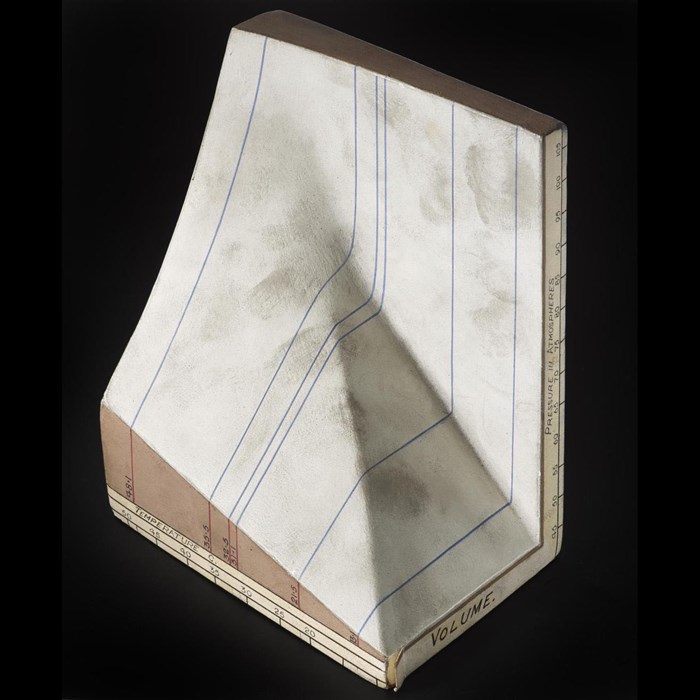 Above: The states of carbon dioxide. This is an example of the first 3D graph to show the volume, temperature and pressure of carbon dioxide gas and when it becomes liquid. By James Thomson from Thomas Andrews’ data, Belfast, Ireland 1862-71, presented to the museum by Alexander Crum Brown.

Maxwell’s model was based on equations by Josiah Gibbs (1839–1903), and showed the volume, energy and entropy of the substance. Maxwell sculpted the initial model in clay, which took several attempts, and then replicated it in plaster. The lines on the surface of the model include lines of constant temperature (in red) and constant pressure (in blue). Some of these were drawn by Maxwell by placing the model at an angle in the sun and tracing the curve where the light rays grazed the surface. 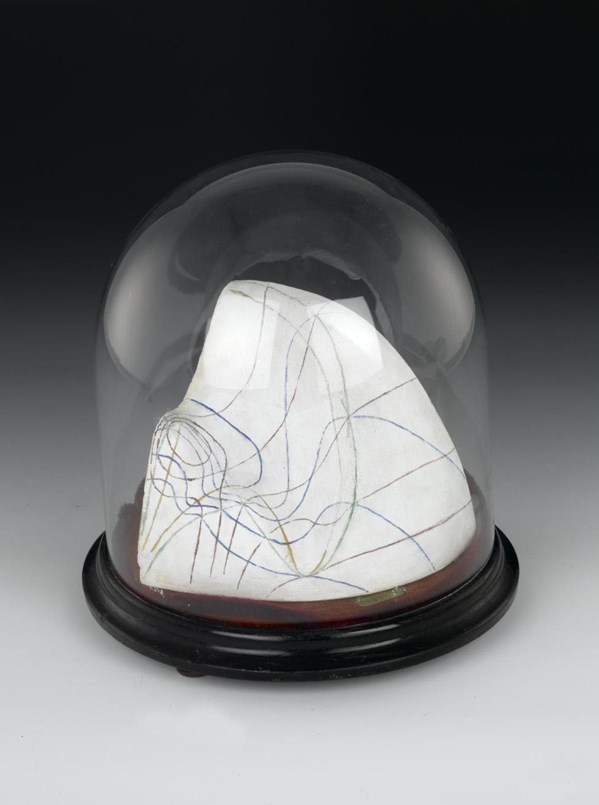 How many of these models exist?

Maxwell sent one of his models to Gibbs in America, where it is preserved at Yale University together with some later copies of it, and another remains at the Cavendish Laboratory in Cambridge. He sent another to his correspondent Thomas Andrews in Belfast and two examples are in the collections of National Museums Scotland.

One of the examples in our collections will be the one which Maxwell sent in 1878 to his life-long friend and Professor of Natural Philosophy at Edinburgh, Peter Guthrie Tait (1831–1901). Another example was given to his former student, George Chrystal (1851–1911) who in 1879 became Professor of Mathematics at Edinburgh. This example was passed by Chrystal’s family to the Chemistry Professor Alexander Crum Brown, by whom it was exhibited in a 1914 exhibition to celebrate the 300th anniversary of the discovery of Logarithms. Both of these examples were preserved in the Natural Philosophy collection at the University of Edinburgh before coming to the Museum. 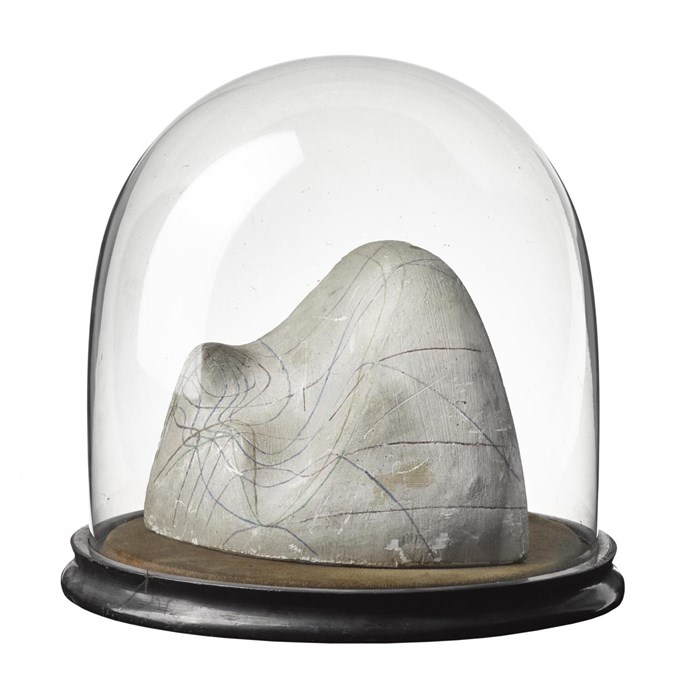 These five models were not the only ones Maxwell made. In a book review of Gibbs’ work there is reference to at least one more.

“
Copies of this model were distributed by Maxwell evidently with a certain amount of playful mystery, for each recipient thought that he was the happy possessor of one of (at most) three. The writer knows of six at least, and possibly there are more.
- CGK, Nature, 14 February 1907

This review is signed only with the initials C.G.K., but was clearly written by Cargill Gilston Knott, who was at the time Reader in Applied Mathematics at Edinburgh University and so presumably aware of the two Edinburgh examples.

Chrystal’s example of the thermodynamic surface is on display in our Enquire gallery, together with one of James Thomson’s models of carbon dioxide.