The dynamical top is another form of spinning top. It is a demonstration gyroscope which James Clerk Maxwell worked on from 1856.

Smith and Ramage of Aberdeen, Scotland

Maxwell initially made wooden examples of the top, then turned to the instrument makers Smith and Ramage of Aberdeen (where he was then Professor at Marischal College) to make a brass example.

The nuts which stick out of the top can be screwed in or out to exactly adjust its balance on the stand and make it show a variety of motions. For instance, if the top is balanced on its point and two opposite weights are moved out equally, the centre of mass remains unchanged, but what is called its dynamical balance and how it rotates is affected.

A disk with coloured sectors or patterns was mounted on the top, and clarified the motion of the top, which rotates faster than the eye can follow. This research was useful for demonstrating how the Earth spins, as it is not a perfect sphere. 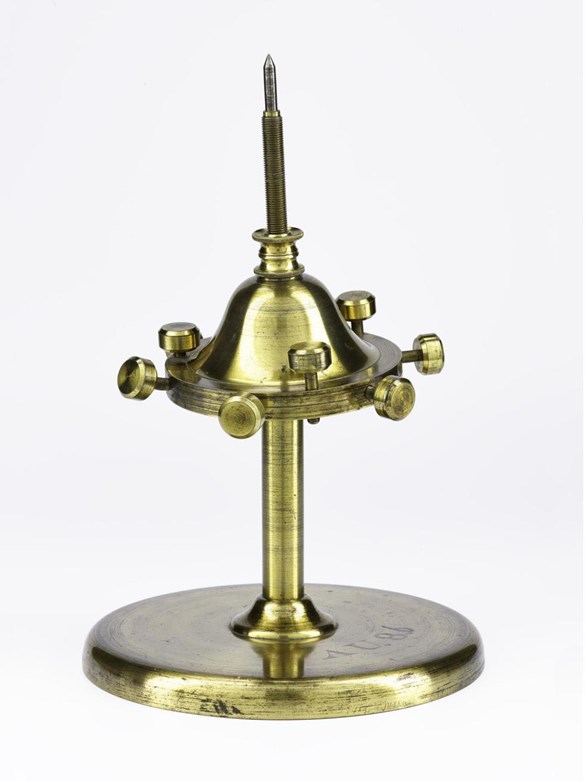 Above: Dynamic top devised by James Clerk Maxwell for the study of gyroscopic motion, which was shown by a coloured disc (now missing) mounted on top of the object. Commissioned by Maxwell for JD Forbes, made by Smith and Ramage, Aberdeen, Scotland, 1858.

This particular example was commissioned by Maxwell’s former professor James Forbes of the University of Edinburgh, who in 1857 asked Maxwell to get him ‘a Dynamical Top made for my Class on the pattern of your own’. This appears to have been one of four which Maxwell arranged for Smith and Ramage to make for different universities at this time. They cost £3 3s each, which corresponds to about £1800 worth of skilled craftsmanship in today’s money. This top is on display in our Enquire gallery.

In Maxwell’s obituary in the journal Nature there is a story about the dynamical top. He demonstrated this one night to friends in his room while on a visit to Cambridge and it was still spinning when they left. Early the next morning, Maxwell noticed one of the friends coming towards his room, so he set the top spinning again, and returned to bed, giving the impression it had spun all night. 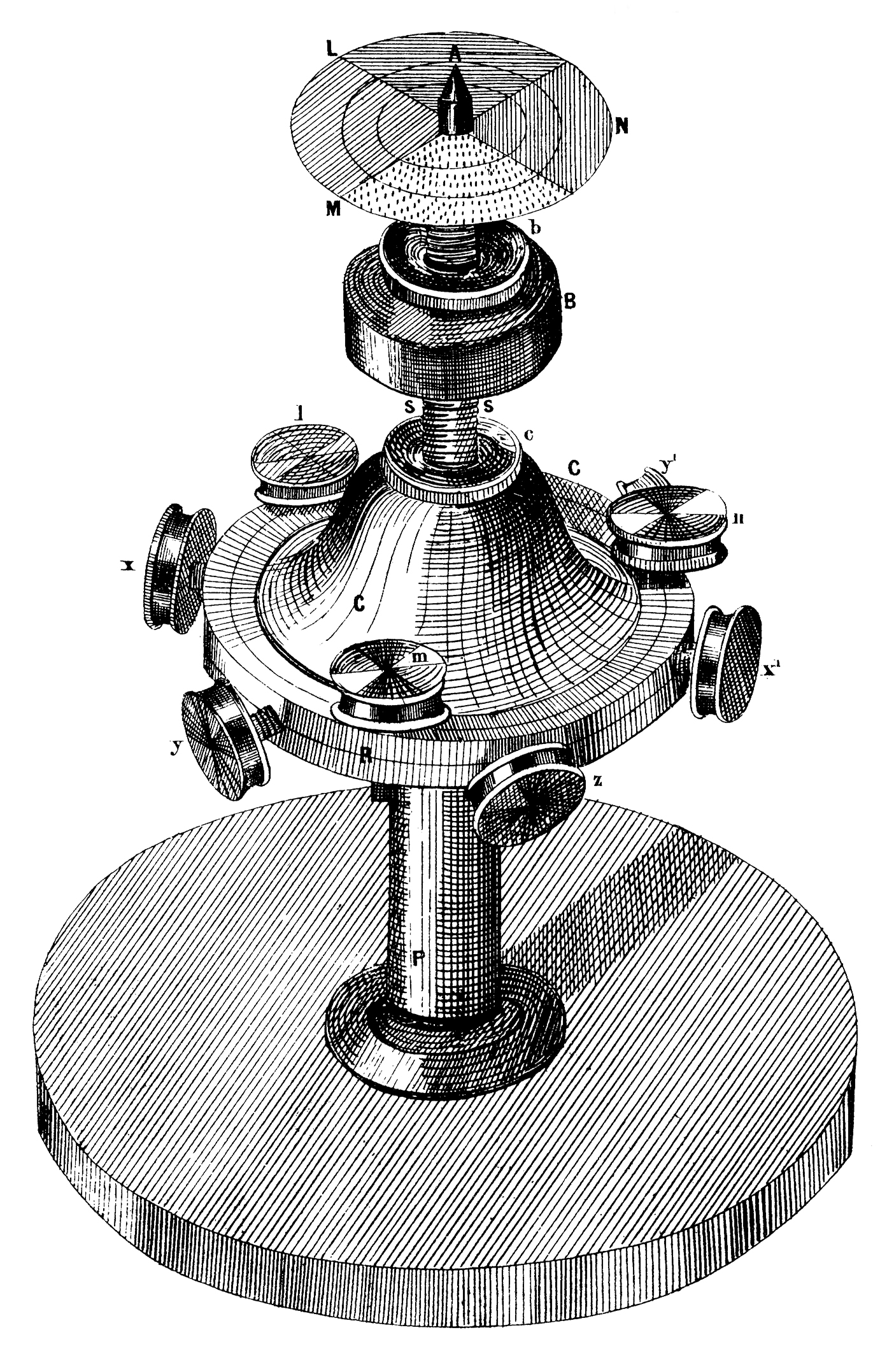 Above: Maxwell’s dynamical top, Transactions of the Royal Society of Edinburgh, 1857.

The film below from the Clerk Maxwell Foundation shows an 1885 example of Maxwell’s dynamical top in use.