Mami Wata (Mother Water) is an African spiritual tradition that encompasses worship of a pantheon of water spirits. Especially popular in South East Nigeria among the Efik, Ibibio, Igbo and Annang people, trading routes expanded Mami Wata's influence across a region stretching from Senegal to Zambia.

With a female human upper half and a fish or serpent lower half, Mami Wata symbolises many aspects of life including good fortune, wealth, and healing but also the threat of destruction; she is sometimes depicted with a snake around her neck which represents both divinity and the art of divination. She is celebrated near to and in water through communal transformative rituals of music and dance that transferred history and memories from the African continent.

The Mami Wata tradition survived the centuries-long Transatlantic slave system and, entwined with elements of Indigenous Caribbean worship, continued to express itself in a variety of ways across the Americas. That children were snatched from their mothers in their home communities in Africa or later in the Americas, makes Mami Water’s role as protector of mothers and children especially poignant. Her worship created a sense of strength and unity to fight against enslavement and retained respect for women as healers and leaders.

Under slavery, African religions were demonized as ‘devilish’, and practices were carried out in secret or under cover of Christian ritual, due to the constant threat of punishment by deportation to other colonies or even death. Colonial laws, such as Jamaica’s ‘Obeah Act’, which are yet to be repealed, continue to criminalize African spiritual traditions to this day. But somehow Mami Wata finds a way to live on... even in some of the Caribbean’s most popular dance tunes. A traditional song, Ai Sa Si, from the Saamaka Maroon people of Suriname, remixed by soca star Alison Hinds from Barbados and Faluma, remains a classic party anthem across the region. Watch the video below. 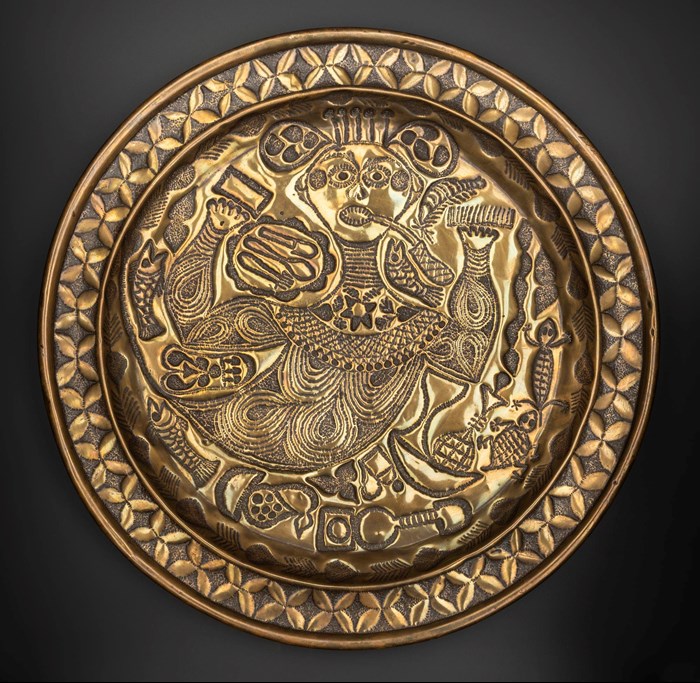