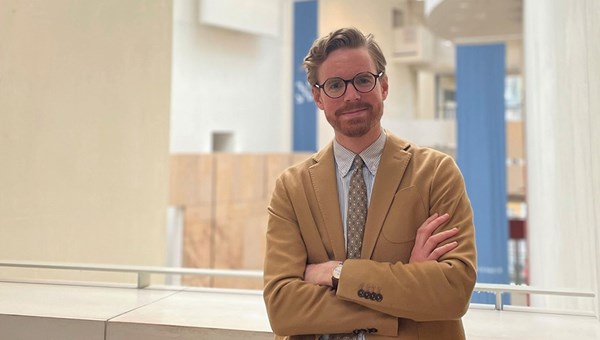 Dr Calum Robertson
Curator, Modern & Military History
Responsible for: Scottish history collections, c.1750 to 1850; the military collections c.1750 to the present; and the bagpiping collections.
Research interests: Arms and armour; bagpipes and bagpiping traditions; the material culture of faith and migration; Scotland in the age of Enlightenment; museum and collecting histories.
E: calum.robertson@nms.ac.uk

Dr Calum Robertson is Curator of Modern and Military History.

Dr Calum Robertson is a cultural heritage specialist with a broad range of interests and specialisms in the material culture of modern Scotland. He is responsible for the curation and development of three areas of the national collections, each of which is of international significance: the Scottish history collections, c.1750 to c.1850; the military collections; and the bagpiping collections. In addition, Calum has curatorial responsibility for the National War Museum.

Calum’s research work is centred on the following areas and themes:

Calum is a member of the Executive Board of the International Committee for Museums and Collections of Arms and Military History (ICOMAM) and, alongside colleagues at the universities of Edinburgh and Glasgow, a supervisor on the AHRC SGSAH Collaborate Doctoral Award project ‘Judaica in Scotland, 1817 to Present: Objects of Faith, Migration and Identity’.