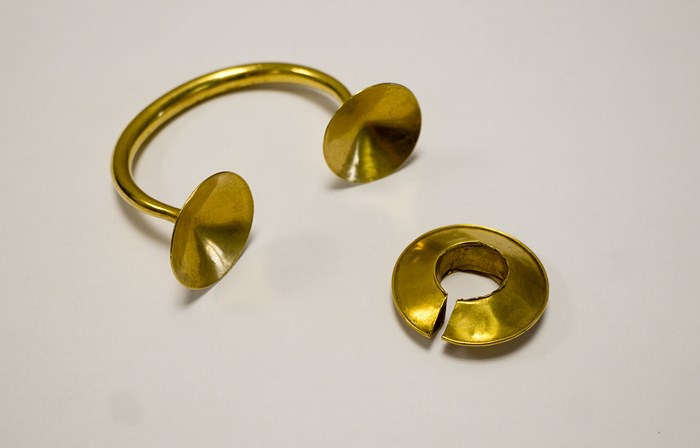 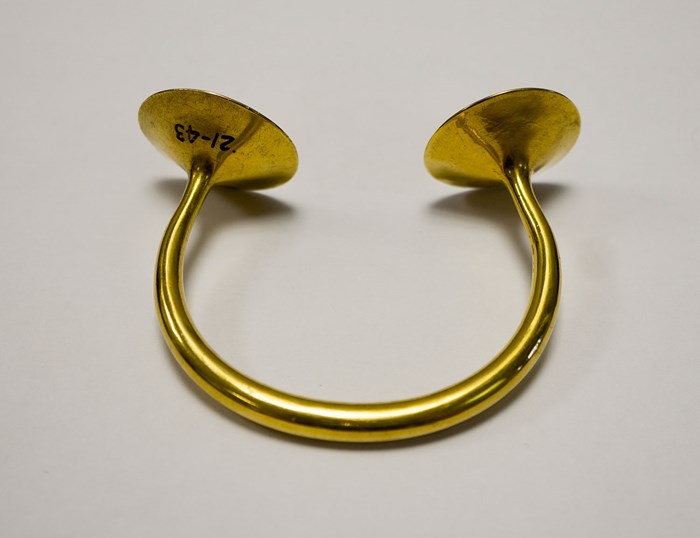 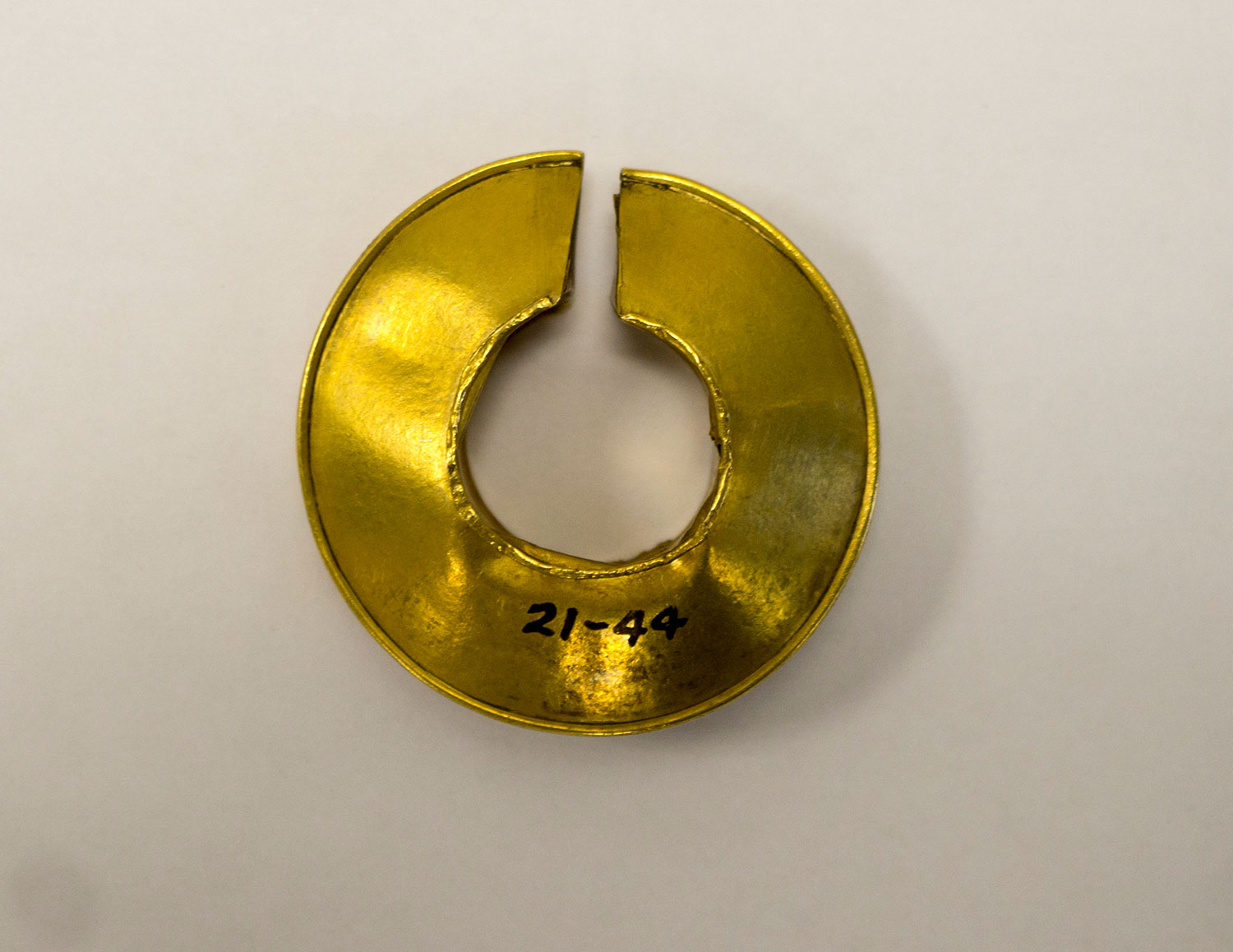 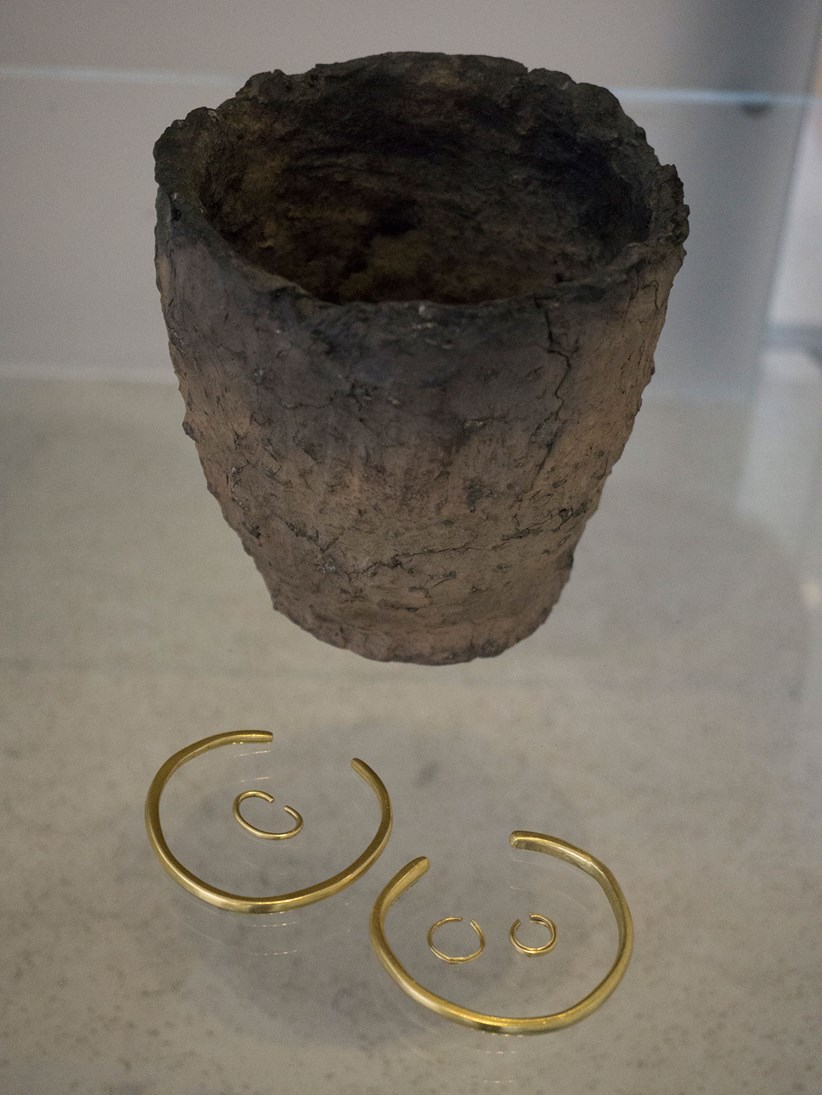 The gold bracelets and rings found in a pottery vessel near Duff House, Banffshire.