The Matter of Slavery in Scotland

The project (2018-19) considered historic and contemporary objects, together with buildings, monuments and paintings to identify and explore layered and often conflicting stories of Scotland’s slavery past. Leaping across time periods, the role of that past in shaping the country today was an important focus. Below are some of the objects examined through the project:

Through a collaborative approach, the project brought together curators, researchers, teachers and activists, forming a network of knowledge and different perspectives to throw new light on existing collections.

By deepening understandings of slavery through material culture, this inter-disciplinary group forged new methods of researching, interpreting and displaying this history and its legacies. The relationships built and the knowledge uncovered continues to inform our work behind the scenes on the topics of slavery, empire and colonialism.

Updated displays at the National Museum of Scotland include:

The addition of the Empire Café tea set to an existing display on Scottish involvement in slavery, to highlight the ongoing legacy of and conversation about Scotland’s slavery past.

A display on trade and tobacco now includes slavery-related objects and highlights the centrality of enslaved people and their labour to the development of the Scottish economy during the 18th century.

The ‘Matter of Slavery in Scotland’ was supported by a Research Network Grant from the Royal Society of Edinburgh. It was led by Professor Nuala Zahedieh, University of Edinburgh (Principal Investigator) and Dr Sarah Laurenson, National Museums Scotland (Co-Investigator).

The Matter of Slavery

This event explored the history and legacy of the transatlantic slave trade through objects in museums, galleries and historic houses.

Professor Beverley Lemire (University of Alberta) gave the second of two public lectures relating to The Matter of Slavery in Scotland project.

From rainforest to parlour: Revealing the history of slavery in mahogany furniture 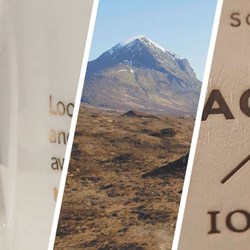 National Museums Scotland is collecting history as it happens. Our new film series, Collecting the Present, explores objects we have collected recently that document cultural, political and social change in Scotland.
More 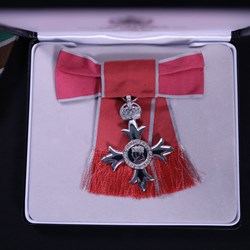 Go behind the scenes of our contemporary collecting project.
Read