Commercial aviation in the 20th century

Thursday 25 June 2020 marks the 65th anniversary of the first flight of the Scottish Aviation Twin Pioneer. We mark this occasion with a look back at how commercial aviation has changed.

The beginning of international air travel

Many of us have become accustomed to relatively easy access to air travel, with the low-cost of airline tickets allowing regular flights to Europe and beyond for affordable prices. This almost completely stopped in March 2020 because of the COVID-19. Many have had to cancel travel plans, and almost as many still await refunds from the airlines for their cancelled flights. Airlines are struggling financially as they have lost almost their entire income nearly overnight, and face many future challenges persuading passengers to return whilst social distancing restrictions remain in place.

It is hard to believe that it is only just over a century ago that international air travel began. The first regular international passenger flight was from Hounslow Heath in London to Le Bourget in Paris on 25 August 1919. The flight was operated by Air Transport and Travel, a company that would eventually many years later become part of British Airways. 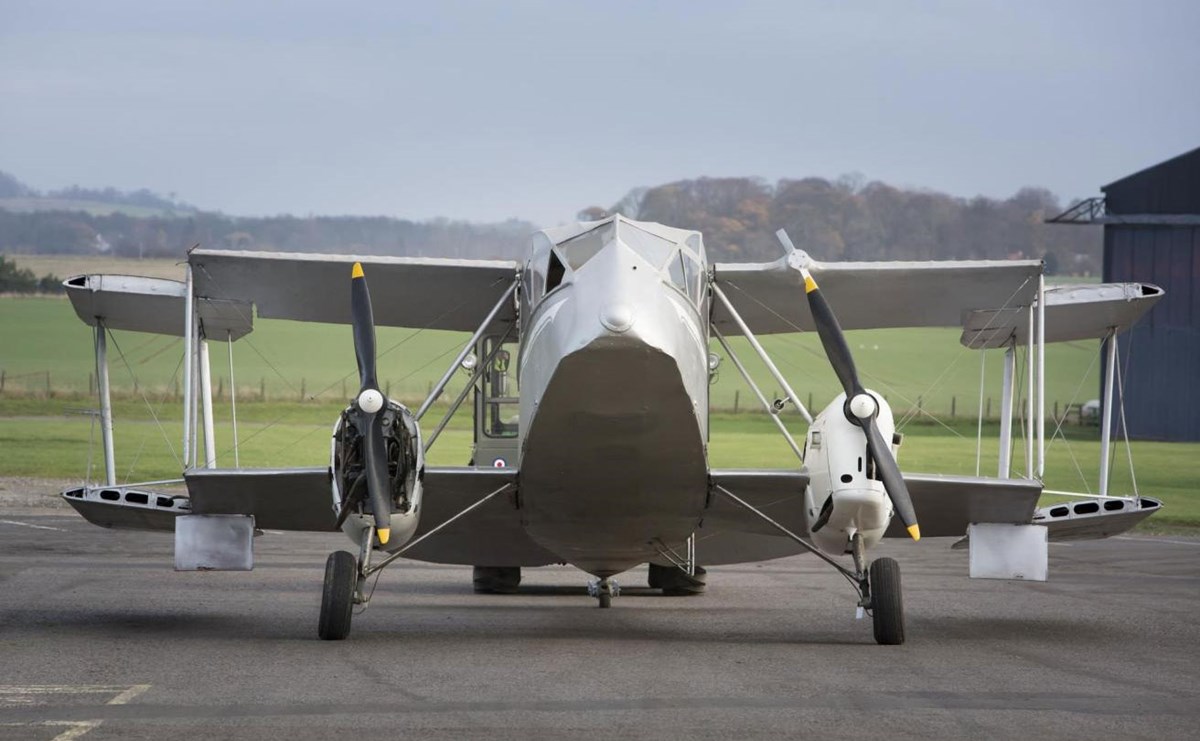 A Dragon is displayed in the Civil Aviation Hangar at the National Museum of Flight.

It was not until the 1930s that passenger routes in Scotland began to open up. Pioneering pilots like Captain Edward 'Ted' Fresson (who set up Highland Airways) and Eric Gandar Dower (who set up Aberdeen Airways) would seek out landing grounds in the Highlands, Orkney, Shetland and Western Isles to operate passenger services to these areas. These allowed individuals, mostly businessmen, to reach the Scottish mainland much quicker than they could do by ferry. Both Fresson and Gandar Dower primarily operated these services using the de Havilland Dragon, which could carry six passengers.

Illustration of the de Havilland Dragon at the National Museum of Flight.

Although commercial aviation was interrupted by the Second World War, the Inverness to Kirkwall route, which had been started by Highland Airways in May 1933, continued, in order to transport military personnel to Scapa Flow, and allow Orcadians to travel to and from home. However, the passenger windows were blanked out for security reasons.

After the end of the Second World War commercial aviation grew rapidly. Many airlines used converted bombers as passenger transports, but there were also many new aircraft designs built. One of the most successful in the post-war period was the de Havilland Dove with more than 500 aircraft built. As well as being flown by British airlines such as BOAC (British Overseas Airways Corporation) and Dan-Air, Doves were sold widely around the world.

Learn more about the Dove, and the example displayed at the National Museum of Flight.

Perhaps the biggest development in commercial aviation was the introduction of airliners powered by turbojet engines. The world's first passenger jet service was launched on 2 May 1952 from London to Johannesburg in South Africa. This was flown by the de Havilland Comet, the world's first jet airliner.

It was an exciting time, with the prospect of fast, smooth, quiet travel to anywhere in the world. However, being first in any field of technology often brings its own problems and that was the case with the Comet. A series of crashes were eventually found to be due to cracks caused by metal fatigue. This issue was not well understood at the time, but the pressurisation and de-pressurisation as aircraft took off and landed led to stress fractures around punched rivet holes in the airframe, which spread, causing the airframe to fail and disintegrate in the air. 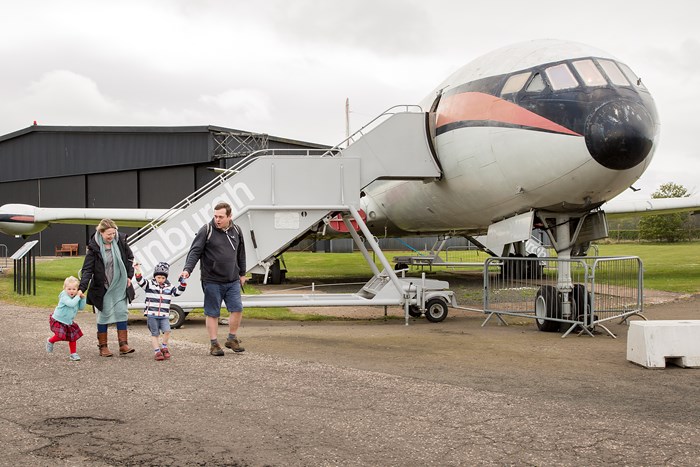 The problems were eventually solved and an improved version of the Comet, the Comet 4, entered service in 1958. In fact, on 4 October 1958, a BOAC Comet 4 became the first jet aircraft to launch transatlantic services, beating Pan American by three weeks. However, de Havilland's competitors had learnt from the mistakes with the Comet. Also the Boeing 707 was larger, had a longer range and was faster, all of which made it more cost effective. Examples of both the Comet and 707 (forward fuselage) are displayed at the National Museum of Flight. Discover the story of the Comet G-BDIX at the National Museum of Flight.

Comet G-BDIX making its last ever landing on the runway at East Fortune in September 1981.

By this time, research into the concept of a supersonic transport aircraft had begun. It was quickly realised in both France and Britain that neither country had the resources at that time to develop such an aircraft separately, and thus they agreed to work together to develop a supersonic airline, which would eventually become Concorde. The French prototype first flew in 1969 and British Airways and Air France Concordes entered service simultaneously on 21 January 1976. Supersonic services continued to be operated until Concorde was finally withdrawn from service in 2003.

Concorde G-BOAA at the National Museum of Flight flew the inaugural British Airways service on 21 January 1976, flying from London to Bahrain.

Discover more about this iconic aircraft and in particular G-BOAA at the National Museum of Flight.

Against this background of developments in passenger airliners, Scottish Aviation, based at Prestwick in Ayrshire, began to develop its own aircraft. These were called the Pioneer and Twin Pioneer. The Pioneer was developed to meet an Air Ministry specification for a light communications aircraft carrying up to four passengers and able to operate from rough landing strips no longer than 100 yards (91 metres) in length. Although only 59 Pioneers were built, they played an important role in the Malayan Emergency (1948-1960), operating from airstrips cleared from the jungle, supplying remote forts. However, the Pioneer never operated commercial air services and this would fall instead to the Twin Pioneer, or 'Twin Pin'.

The Twin Pin was planned as a twin-engined version of the Pioneer, but was in fact a much-enlarged aircraft. It was intended to carry up to 16 passengers in areas where geographical or economic factors did not justify the construction of large airfields. Although the Twin Pioneer would serve the military in a largely similar role to that of the Pioneer, it was also widely used for commercial passenger services. Operators of the Twin Pin included Austrian Airlines, Borneo Airways, Kuwait Airways, Royal Nepal Airlines, Philippines Airlines and Swissair. 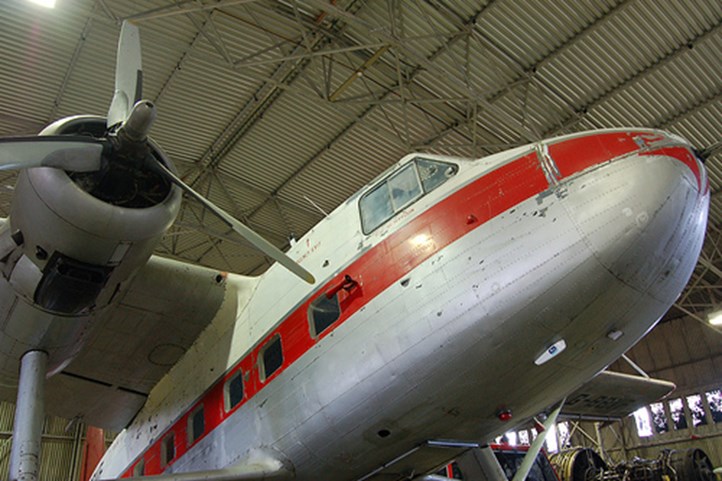 Side view of the Twin Pioneer fuselage.

In October 1955 Scottish Aviation even contemplated operating a London-Paris air service. It could operate from airstrips nearer the city centres and cut the flight time from 4 hours by Vickers Viscount to 2½ hours by Twin Pioneer. In the event this never happened, perhaps because although the aircraft flew to the Champs Elysees in Paris, the departure point in London was at Wormwood Scrubs, near the famous prison! 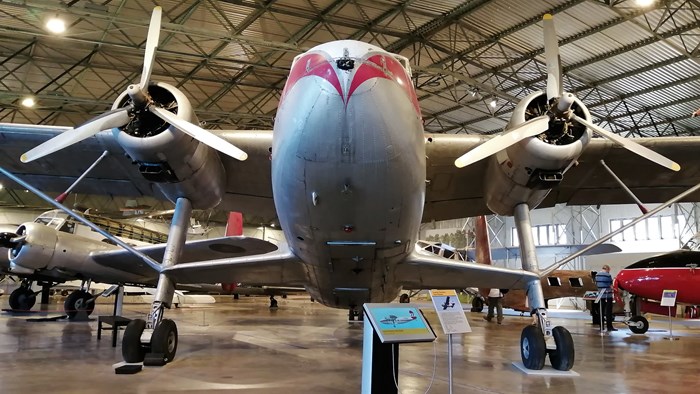 Although it seemed that the Twin Pioneer would be a huge success with large numbers of aircraft being built, in the end only 89 aircraft were constructed. Partly this was due to the nature of the niche market at which it was aimed. The very countries without airport infrastructures that the Twin Pin was aimed at were the ones least able to afford to purchase the aircraft.

There was a glut of readily available cheap military-surplus Douglas C-47 Dakotas which could do much the same job, although without quite the same short take-off and landing (STOL) performance. On top of this there were some crashes, in particular one Twin Pin crashed in the Libyan desert on 7 December 1957. The main strut failed due to metal fatigue, which had already been identified as a problem, and this was the only aircraft which had not had the problem rectified.

However, it dented customer confidence in the aircraft and many orders were cancelled as a result. This accident was even more significant in that David McIntyre, a passenger on the aircraft, was killed in the crash. He had co-founded Scottish Aviation with the Duke of Hamilton in 1935, the two men having been the first to fly over Mount Everest in 1933. McIntyre had been. Macintyre had been a major driving force behind the Twin Pioneer programme, and was in Libya on a sales drive at the time of the crash. 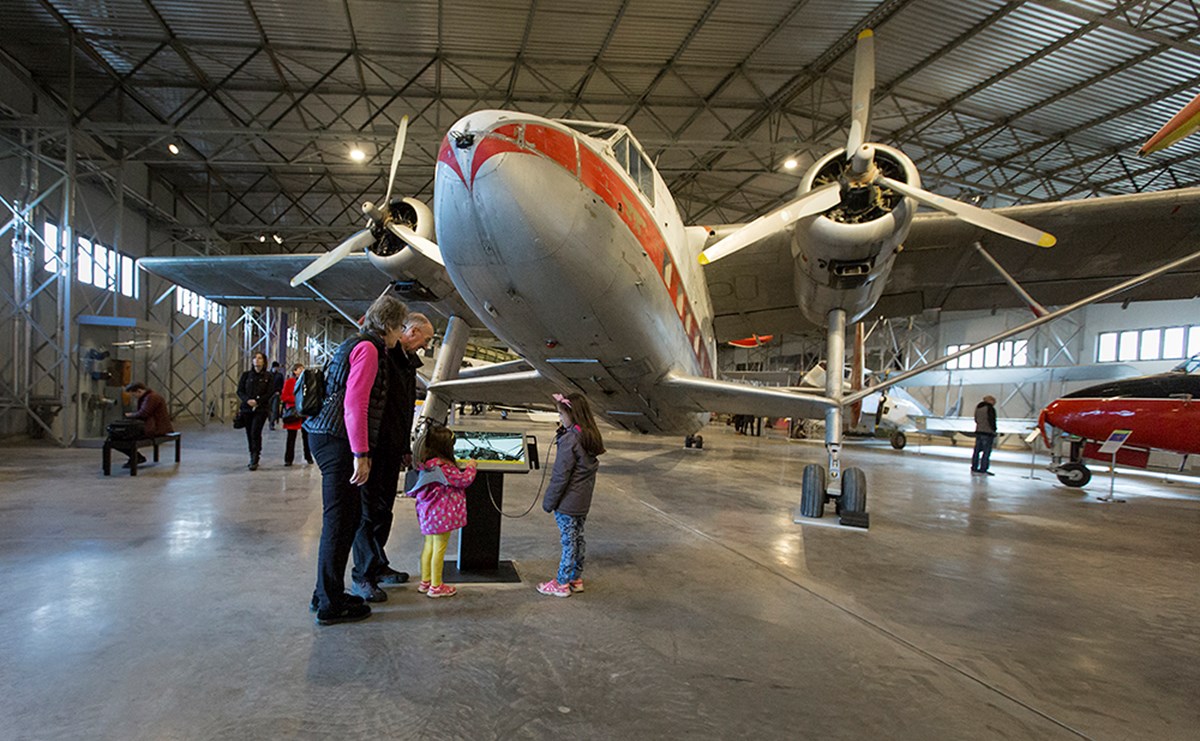 The Twin Pin at the National Museum of Flight is one of only two such aircraft on display in the UK, although other examples can be seen in Australia and Malaysia. Our example, G-BBVF, was flown by the RAF and then used for aerial photography work.

Air travel has become more affordable and accessible over the past century, with large wide-body jets carrying hundreds of passengers at a time. The current restrictions on travel have seen our skies become quieter than they have been for many years, even more so than they were following the 9/11 attacks in the USA. Many of us are waiting for the skies to reopen so that we can once again travel, for holidays, business, or to see loved ones in far distant places. At this time it is important to remember the role aviation plays in our lives, and the part that Scotland, and Scottish Aviation in particular, has had in it.