The search for a way to relieve pain during operations has long occupied doctors and surgeons. These chloroform inhalers allowed Victorian patients to have surgery without being drunk, held down or knocked out.

Thanks to anaesthetics, people no longer need to be drunk, held down or knocked out for surgery. In 1847, Edinburgh doctor James Simpson (1811-1870) discovered the anaesthetic properties of a substance called chloroform. 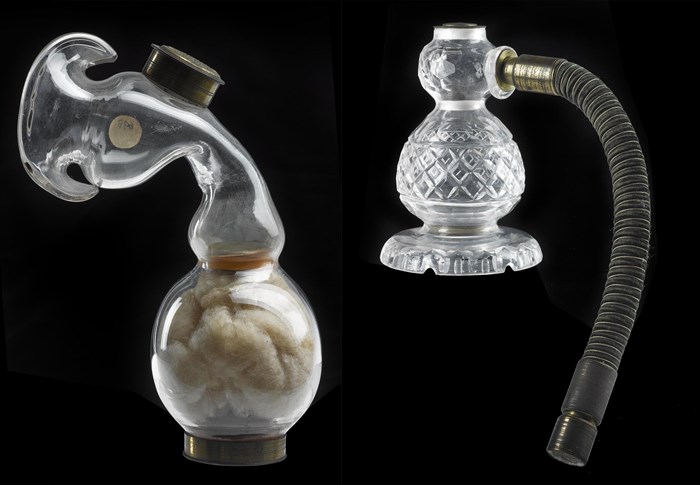 Above: Two anaesthetic inhalers, designed and made by P. Stenvenson of Edinburgh in the mid-19th century.

While the history of surgery is almost as old as that of medicine, anaesthesia itself is a relatively modern discipline. It was only in the 1840s that a number of physicians, surgeons and dentists began experimenting with nitrous oxide and ether to relieve pain during operations.

But these methods also had significant drawbacks. Although ether was hugely successful as the first general anaesthetic and is still in use today, it makes it difficult for patients to breathe, is difficult to dose properly, and smells very unpleasant. It was actually while searching for a replacement to ether that Dr Simpson discovered chloroform’s potential.

“
Might I trouble you to open the window, for chloroform vapour does not help the palate.
- Sir Arthur Conan Doyle, His Last Bow

Come Dine With Me

Edinburgh has a long history as a centre of medical research, and James Simpson is an important part of that story.

During the 1840s, Simpson and two colleagues, Drs Keith and Duncan, ran experiments to find safer, more effective anaesthetics. But these weren’t your run-of-the-mill scientific endeavours. They took place after dinner… At Simpson’s Queen Street dinner table… And the test subjects were friends, family and colleagues!

On 4 November 1847, the three gentlemen used a substance they’d previously discounted at the dinner table: chloroform. Tales of this legendary dinner party have been rather embroidered over the years – it's very likely that Simpson had already tried chloroform and knew it would work – but its outcome is undoubted. Drs Simpson, Keith and Duncan initially reported some light-headedness and laughter, and then quite suddenly... they lost consciousness. 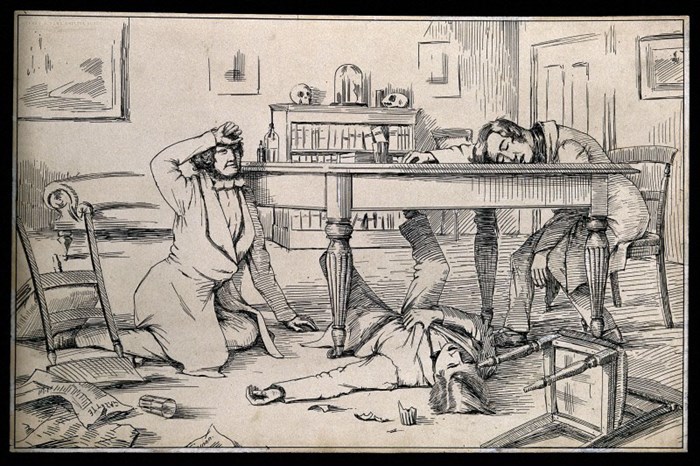 They were soon testing on Simpson’s niece, Miss Petrie, who began singing "I am an angel" under the influence of chloroform! Within the week, Dr Simpson had used it in childbirth and surgical procedures.

How do they work? 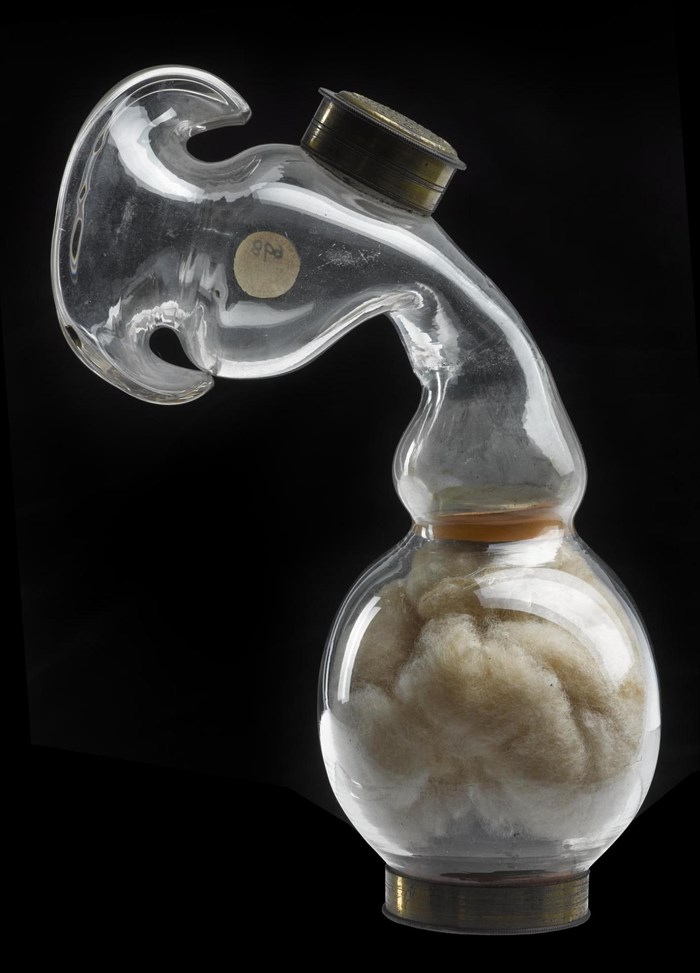 Both inhalers feature a glass vessel, although one of them is now missing its mouthpiece. This first inhaler made use of chloroform-soaked cotton wool in the small glass chamber; the patient would place their mouth around the mouthpiece and inhale. This second inhaler used a rubber and velvet-lined mask to cover the face instead. 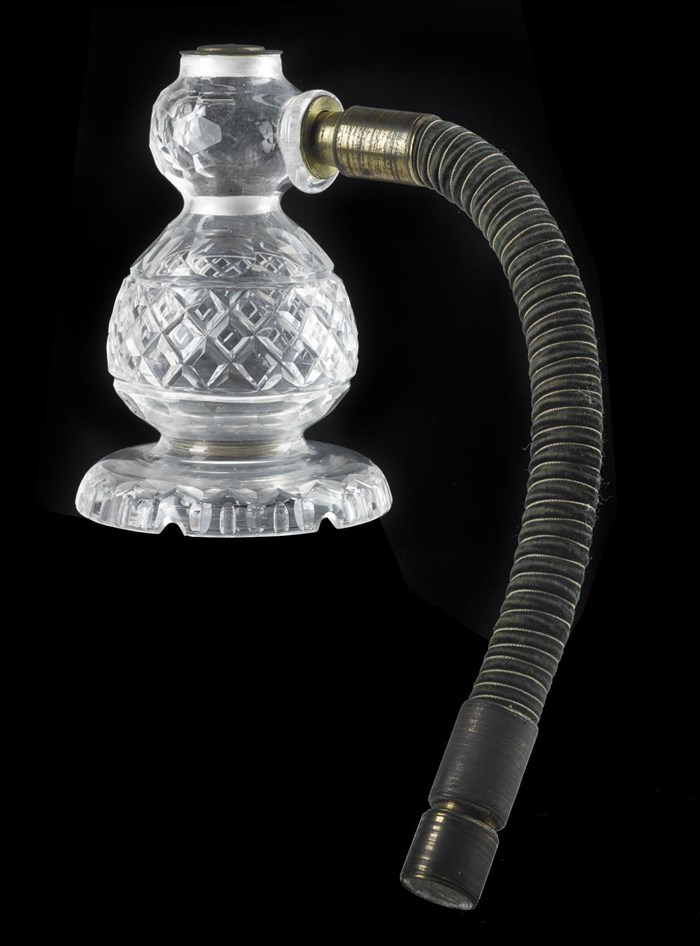 Considered groundbreaking at the time, there is however a reason that we no longer use chloroform inhalers in modern medicine.

Unfortunately, neither design would be simple to sterilise to modern standards. More importantly though, chloroform in fact carries a high risk of causing death by heart failure.

Think of Dr Simpson’s very first uncontrolled experiment. Sat at his dinner table, he could have easily inhaled too much and died, or inhaled slightly less and never discovered its properties. Other doctors and scientists of the period didn’t fare as well with anaesthetics, harming themselves and patients in the search for pain relief.

Dr James Simpson was a true pioneer of medicine indeed.

These chloroform inhalers are part of