This harp, or clarsach, may have been made in the West Highlands in the 14th and 15th centuries. The woodwork is richly decorated with scroll-work and carvings of animals. 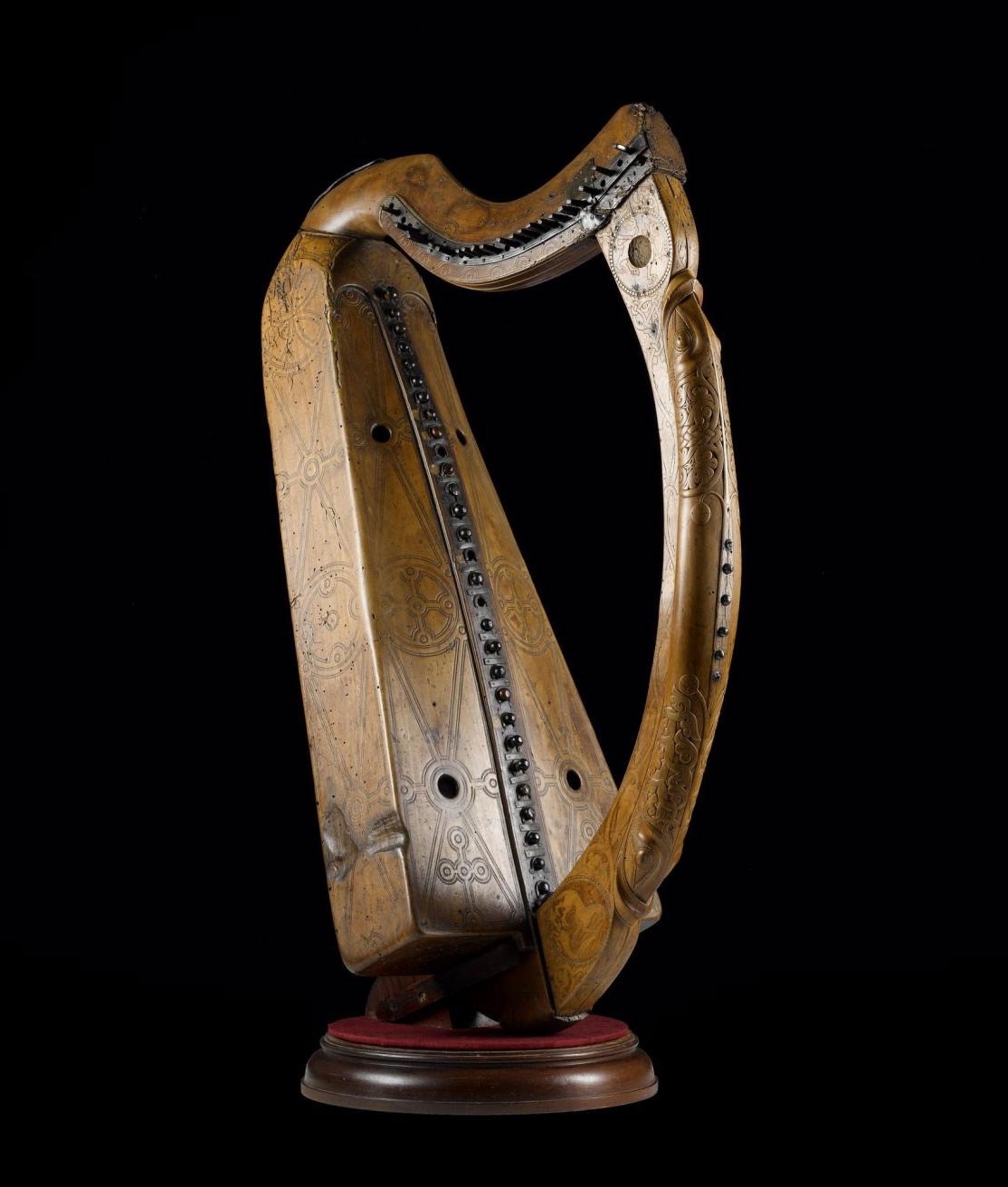 How did the harp come by its name?

This harp was traditionally said to have been given by Mary, Queen of Scots to Beatrix Gardyne of Banchory, while on a hunting trip to Atholl, c. 1563. It is also said to have been adorned at one time with a gold portrait of Mary, which could be the real reason for its association with her. New research suggests that this portrait might have been a gold half-ryal coin from her reign. Beatrix Gardyne married John Robertson of Monzie sometime before 1564 and this could have been added then to a treasured family heirloom to emphasise the importance of the marriage.

Harp music in the Highlands

Harp music was important in the Highlands in the Medieval Period, with great lords retaining their own harpers. A 15th-century grave-slab in the chapel at Keills in Knapdale, has a carving of a clarsach similar to the Queen Mary Harp, and may have been made for a member of the Mac an Bhreatnaigh family of Gigha, hereditary harpers to the Lords of the Isles.

How does it compare to a modern clarsach?

How was the harp made?

Very few historical clarsachs survive and the Queen Mary harp is a source of valuable information for modern musicians who want to recreate early music. The surviving harps are too fragile to be played, so musical instrument makers are building reproductions. To do this, research is needed to understand how these harps were made and what materials were used.

The National Museum of Scotland has been leading this research with in-depth studies of the Queen Mary harp and the Lamont harp, the Museum's other historical clarsach. Both were CT scanned at the Clinical Research Imaging Centre of Queen’s Medical Research Institute in Edinburgh. This produced a three-dimensional ‘x-ray image’ showing the inside of each harp. 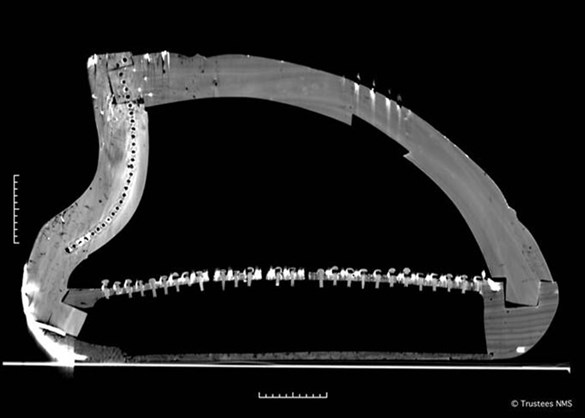 The CT scans can be displayed in different ways to show details like the wood grain or the location of nails in the wood. 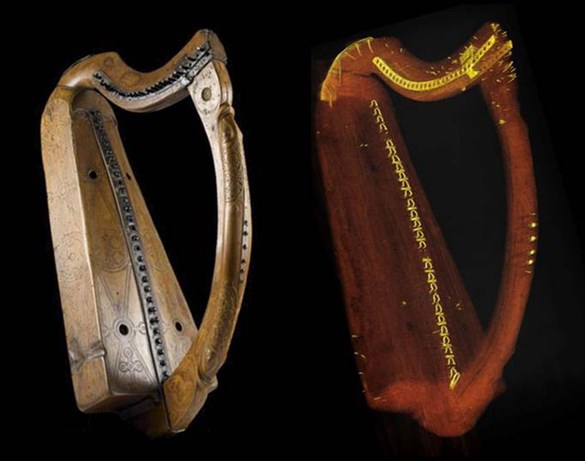 The CT scans can also be used to virtually ‘open up’ the harp to see and measure the inside. The scan of the Queen Mary harp revealed the maker’s tool marks inside the instrument. 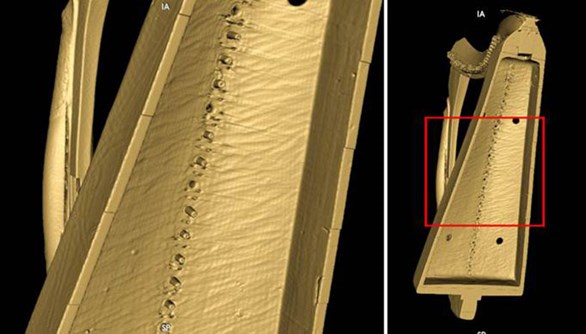 The Queen Mary harp was taken to the National Museums Scotland Collection Centre for analysis to identify the materials used to make it. Traces of red colour in the decorative carving were identified as vermilion, a costly pigment that may indicate a high status for this harp or its owner. The harp was also decorated with bosses made of silver. The soundbox, previously thought to be made from European hornbeam, was analysed and re-identified as willow, which was a traditional choice of wood for making a clarsach.

The discoveries from this research are changing our understanding of how the Queen Mary harp was made and make it possible for musical instrument makers to build replicas that will bring musicians and audiences closer to the sound that would have been heard in Scotland centuries ago. 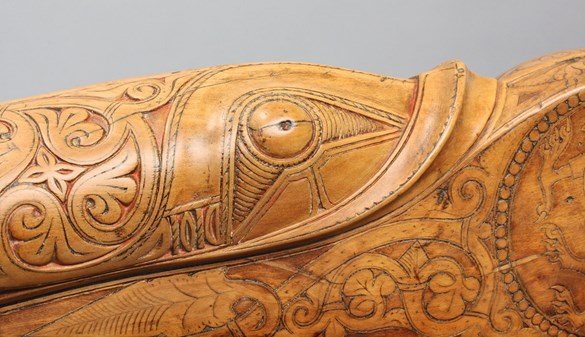 Above: Decorative carving on the Queen Mary harp with traces of vermilion pigment.