You are here Home > About us > Outreach and engagement > Past projects > Magic Carpet World
Our popular Magic Carpet storytelling sessions at the National Museum of Scotland provided inspiration for a pilot Community Engagement project encouraging bilingual families with preschool children to enjoy the Museum.

The project was a collaboration between National Museums Scotland, City of Edinburgh Council’s Community Learning and Development service, and two Edinburgh nurseries. It took place between September to December 2015.

The project’s aims were to widen access to the Museum and national collection for bilingual families, and encourage their involvement in our public programmes and activities. We also hoped to give families the confidence to share rhymes and songs in their home language with each other, the nursery and the Museum. 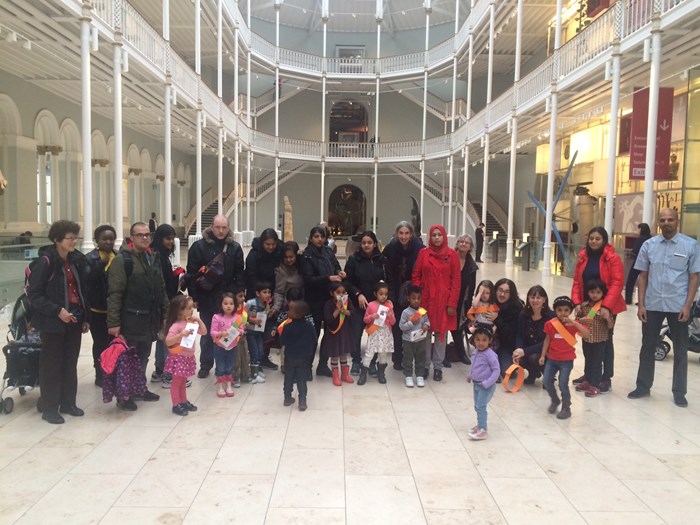 Together with Mhairi McNeill and Karen Buist, CLD Family Learning Workers in Edinburgh, we worked with the parents, nursery staff and storyteller Gillian MacDonald to deliver sessions in Stanwell Nursery, Dalry Nursery and at the National Museum of Scotland.

The sessions including handling objects from our learning boxes, singing, telling stories, craft activities, and Museum visits, all based around the Museum's Magic Carpet. 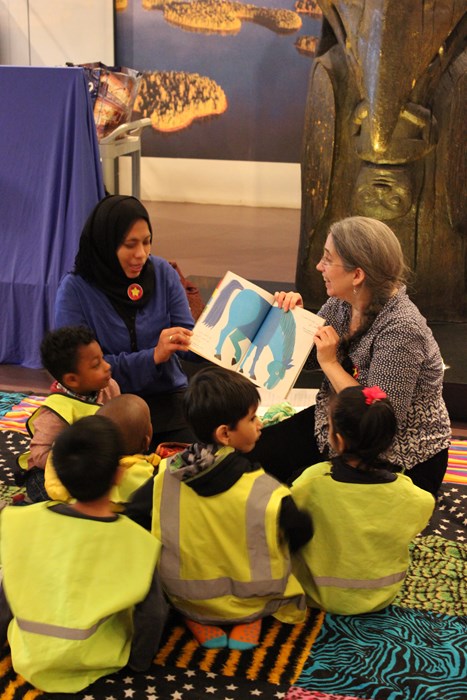 From these sessions, our Magic Carpet idea was adapted to help engage bilingual families, working with them to create new activities and resources. The families shared their languages and cultures, and made connections to the Museum's vast collections through stories, songs and objects.

Both nurseries helped to create a songbook by sharing songs from their childhood with the group.  This songbook is now available in the nurseries to be used again and again with all the children who attend. Some parents also recorded songs in their first language. These songs formed the soundtrack of a short animation created by Edinburgh College of Art student Amy Bruning. The animation and songs are inspired by the families’ visits to the National Museum of Scotland.

Handling objects was a lot of fun for the families. We looked at themes such as animals, the sea, music and world cultures. This was an opportunity for the children to be hands-on with some weird and wonderful things. The children’s questions and responses to the objects were great conversation starters to find out more about their diverse cultures.

The families learned new songs in English and many other languages such as Tamil, Shona, Italian, Polish and Tibetan. Several families have reported using their first language more with their children, especially through songs and stories.

Parents appreciated meeting as a group with people whose first language is not English, as this gave them more confidence to participate. A total of 20 families took part, with 13 languages represented. The families were a mixture of mothers and fathers and their children, and for some sessions both parents come along. 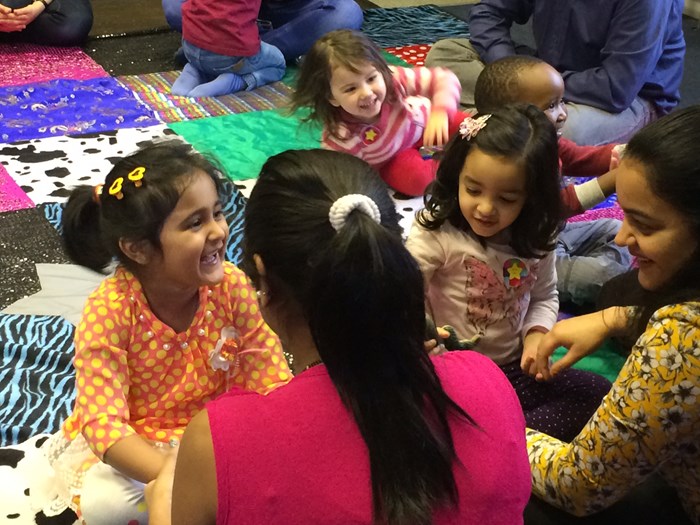 As a result of the project, several parents said they had visited the Museum more often as a family, all keen to take advantage of what National Museums Scotland has to offer. Several parents had discussed their past experience of museums and were delighted to see how child friendly and enjoyable the Museum can be. They were also surprised that they could go there for free every day of the week. This was a key point - the project wanted to raise awareness of this in the community, and it has been great to see some of the families visiting the Museum in their own time, taking part in the public family events.

Dalry Nursery are now involved in a nursery planting project including songs and rhymes in different languages which will be made into a booklet.

The Stanwell Nursery bilingual group continue to meet. They have made their own Magic Carpet for the nursery and launched this at a special event on 18 May. Families each made a textile square for the carpet using their child’s ideas to represent something from their home country, for example a song, story or favourite image.

And the legacy of the project continues, as since the start of 2016 we have had many new requests for visits from nurseries with bilingual families.

Outreach and engagement
Back to top