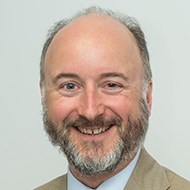 Adam Bruce practised as a solicitor before moving to the energy sector. He currently works with a global renewable energy developer based in Dublin.

He was the first Chair of the UK and Scottish Governments’ Offshore Wind Programme Board, and is a former Chair of Renewable UK.

Adam was appointed Unicorn Pursuivant in 2008 by the Lord Lyon King of Arms and in 2012 was promoted to Marchmont Herald. He is a Trustee of the St Andrews Fund for Scots Heraldry and a Fellow of the Society of Antiquaries of Scotland.

He sits on a number of advisory bodies, including the  Development Board of Oxford University’s Maths, Physics and Life Sciences Division.

Adam became a Trustee of National Museums Scotland in April 2017 and his second term of appointment runs until March 2025. He lives in Edinburgh.