You are here Home > Collections and research > Our research > Past projects > The TWeed project: Evolution’s Missing Chapter
National Museums Scotland houses a world-class collection of Palaeozoic fishes and early tetrapods (animals with four limbs) and for many years this has been the focus of a number of major research programmes by scientists around the world.

The earliest tetrapods, or back-boned animals with four legs, evolved from a particular group of fish that possessed fleshy lobed fins. The earliest tetrapods in all probability used their limbs to “scramble” over the beds of lakes and river systems, but they would have lacked any capacity to move across dry land.

However, in time, and with fully-developed lungs, we believe that new forms evolved that lived and looked much more like amphibians do today. This process began about 360 million years ago. But under what circumstances did it take place and what was the Earth like at this time?

Until now we have had very little information to help us answer these questions. The early Carboniferous period (from 360 to 345 million years ago) is historically known not only for its extreme scarcity of tetrapod fossils, but also the rarity of terrestrial invertebrates. The period is often referred to as Romer’s Gap after the great American vertebrate palaeontologist Alfred Sherwood Romer, who first recognized that this represented one of the most significant gaps in our understanding of the evolution of life on earth.

Just what went on in this interval has remained a mystery to palaeontologists, yet it was a pivotal step for the evolution of life on land and without this step the world would have been a very different place today. Now, for the first time, new fossils from the Scottish Borders, promise to reveal a much clearer picture of terrestrial life at this time. 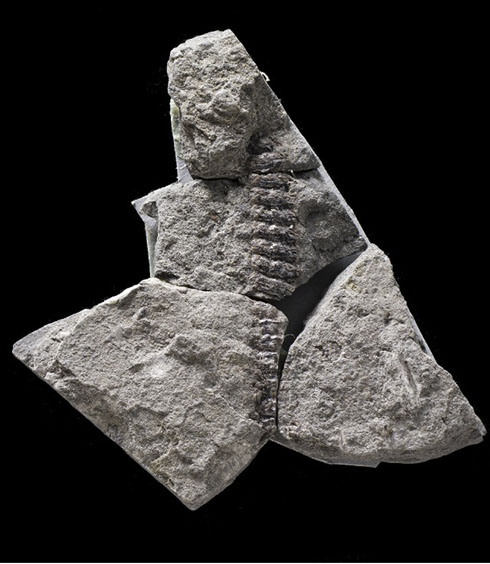 The fossils were discovered by the renowned field palaeontologist, Stan Wood, who sadly died in 2012 but left an amazing legacy. They include plants, scorpions, myriapods, fishes and of course several of the elusive tetrapods. The find has been hailed by Sir David Attenborough as very exciting. He wrote, “The fact that they shed light on a part of geological history that hitherto has been almost blank makes Stan Wood’s discoveries of world-wide importance”. 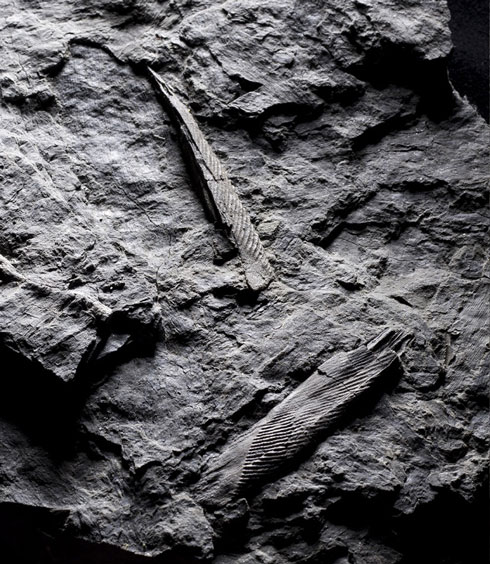 The scientific significance of the finds cannot be overestimated and an expert group of scientists was assembled to research the fossils. Operating under the acronym TWeed – Tetrapod World: early evolution and diversification – the project involved twelve scientists from across the UK, funded by the Natural Environment Research Council.

The consortium was led by the late Prof. Jenny Clack and involved scientists from National Museums Scotland, the British Geological Survey and the universities of Leicester, Cambridge and Southampton.

Over four years the TWeed team studied the fossils and searched for others. Team members investigated the environmental, depositional and climatic context in which this momentous episode took place. See www.tetrapods.org for further information.

As part of the project a temporary exhibition was developed entitled ‘Fossil Hunters.’ Some of the content of the exhibition can be found here: Closing Romer's Gap.

Even though the project has finished, research is continuing into some of the fossils. A summary of the published results of the project can be found here: A legacy in fossils.